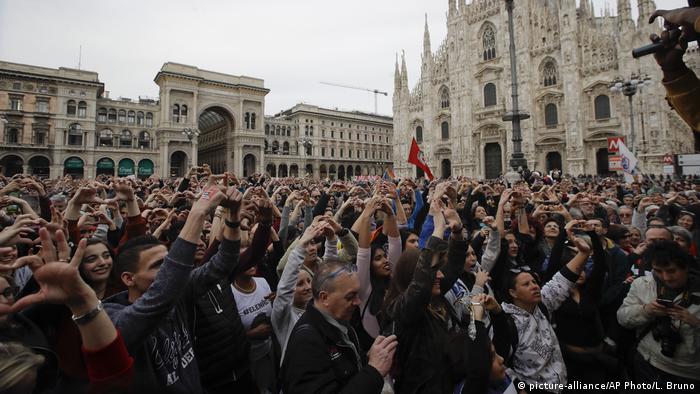 Tens of thousands of people took to Milan's streets on Saturday to protest against what they said are racist policies promoted by the national government.

The demonstrators played bongo drums and trumpets as they gathered in front of the Duomo under the slogan "Prima le persone" (people first). 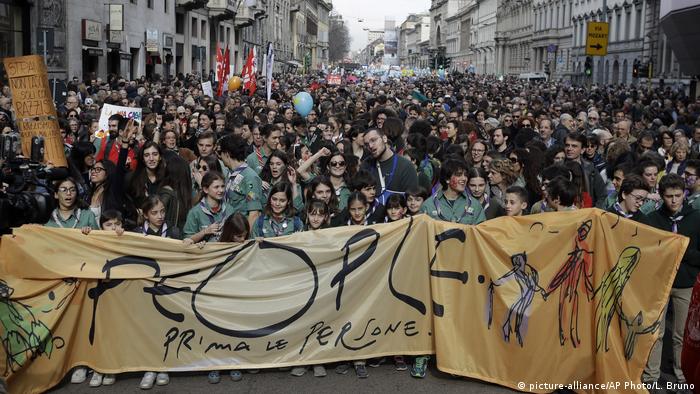 People of all ages took part in the anti-racism rally

The rally was a "powerful political testimonial that Italy is not just the country that it is currently being described as," said Milan Mayor Giuseppe Sala.

Milan's social issues councilor, Pierfrancesco Majorino, claimed on Twitter that 200,000 people had shown up for the protest.

CGIL labor union chief Maurizio Landini said the populist governing coalition in Rome "is promoting the wrong policies, and is not fighting the inequalities."

Since then, Italy has repeatedly refused to allow humanitarian ships that save migrants in the Mediterranean Sea to dock at its ports.