Almost a fifth of the world's sharks are endangered. That's prompted many nations to enact protection measures but several Asian countries are lobbying hard for continued shark hunting. 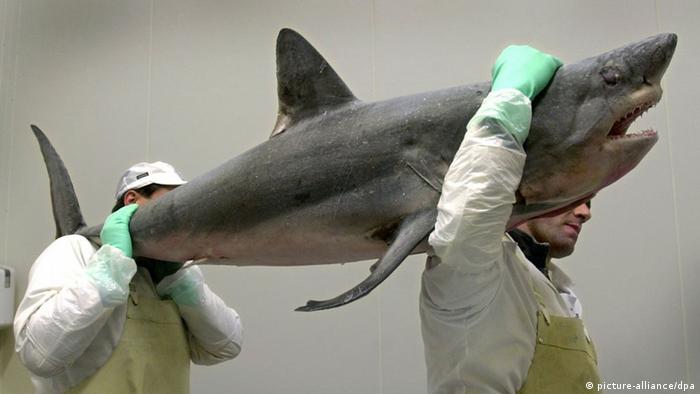 Sarah Fowler's first close encounter with sharks was while she was diving in Australia. Suddenly, she found herself surrounded by an enormous school of nurse sharks. She lifted herself onto a rock and watched, mesmerized, as they swam past.

Today, nurse sharks are critically endangered. "There are only maybe a few hundred left in that population. I was incredibly fortunate to see them before that happened," Fowler told DW. The angel shark has lost around 90 percent of its population

She works for the International Union for Conservation of Nature, which compiles the Red List of Threatened Species. Fowler explained that there are more than a thousand species of sharks inteh world - and all of them are on the list.

Ralf Sonntag is the director of the International Fund for Animal Welfare (IFAW). He joined Fowler at a meeting of signatory states of the Conference on Migratory Species held in Bonn this week. He too has serious concerns about the future of the world's sharks.

"Some species are down to ten percent of their original population," he told DW in an interview. Fowler added that migratory sharks are particularly at risk, with more than half of all migratory shark species now listed as endangered. Failure to agree on global protection measures has left migratory sharks vulnerable. 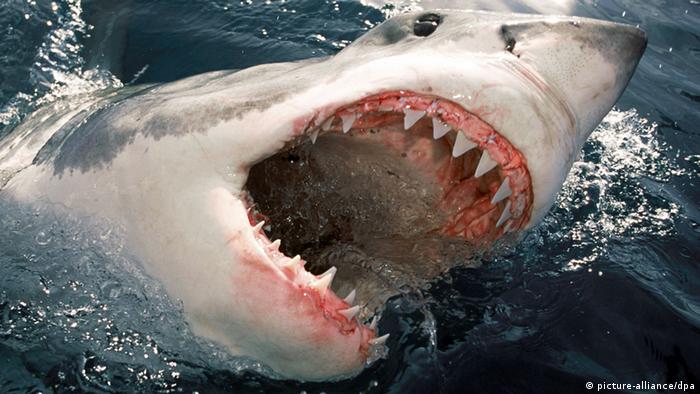 "You may well have one country that's managing or protecting stocks," Fowler said. "But if the country next door isn't, it makes it very difficult to manage them."

Despite ongoing studies spanning decades, there is surprisingly little information available about sharks. For many species, we still don't know where they breed or where their mirgratory routes take them.

According to Sonja Fordham of Shark Advocates International, one thing we do know is which waters offer the least protection for sharks. "The Mediterranean is one of the most dangerous places to be a shark," she said, adding that more than 40 percent of sharks in the Mediterranean are endangered. Europe is a major exporter of shark fins to Asia. Then there are those killed as by-catch, getting tangled in fishing nets and drowning.

It is extremely difficult to revive endangered shark populations. Unlike cod fish which can produce thousands of eggs at a time, sharks only give birth to a small number of young. They are similar to humans in that they invest long periods of time raising their young.

Raising funds for shark protection poses a serious challenge, the experts gathered in Bonn explained. Getting the public to see that sharks are just vulnerable as cuddly koalas, sweet-faced deers and giggling dolphins isn't easy. Shark attacks are rare, but conjure such fear and anger in human populations that many support culls. 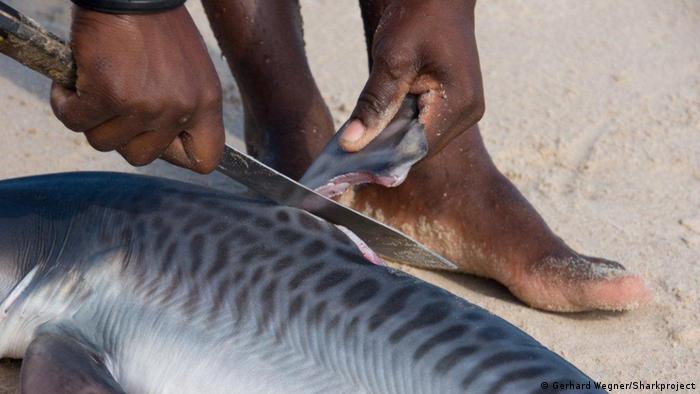 But the experts at the talks explained this is short-sighted. Sharks eat predators of other fish, so if too many sharks die, the population of animals that feed on the same fish as humans will boom. This means, we'll have less fish available for human consumption.

Governments are slowly starting to take action. There is an ongoing debate at the European level about a possible ban on shark finning. This means cutting off a shark's fin and tossing the rest of the creature back into the water. According to Greenpeace, the shark is often still alive. It is dumped back into the water, unable to swim and sinks to the bottom where it drowns or dies of starvation.

Attacks on shark populations are the exact reason the United Nations Convention on Migratory Species has drawn up a moratorium of understanding concerning migratory shark species. But only 25 countries have signed the non-binding moratorium. They are drawing up an action plan, which will include a push for stronger regulation and better information distribution. 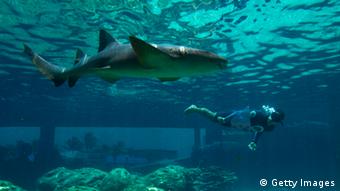 The main turning point is the upcoming meeting of CITES, the international Convention on Trade and Endangered Species, in Bangkok next March. Germany, the EU and Brazil are pushing hard to include the porbeagle and hammerhead shark on the annex of endangered species. This would place restrictions on the trade of these species.

But it won't be easy to get these sharks onto the list. "Japan and China will be working very hard to avoid the listing of any further sharks," explained IFAW's Ralf Sonntag. Both camps have already started lobbying senior officials in Europe and Asia and it remains unclear what the fate of the sharks will be.

After a series of attacks around the small island of Reunion, the mayor authorized hunters to kill 20 sharks. Surfers called for a quick hunt, but environmentalists say it's just an excuse to kill. (08.08.2012)

The discovery of a hybrid species of shark has led excited marine scientists to speculate that the animals are responding to climate change. They say nature may be selecting for sharks that extend their range. (04.01.2012)

Certain methods result in fishing vessels pulling in large amount of animals they didn't intend to catch. One environmentalist told DW large-scale fishing is possible without such bycatch. (28.07.2010)