A group of refugees drowned when the inflatable boat they were on collided with another vessel, Turkish media has reported. The boat was reportedly heading towards the Greek island of Lesbos. 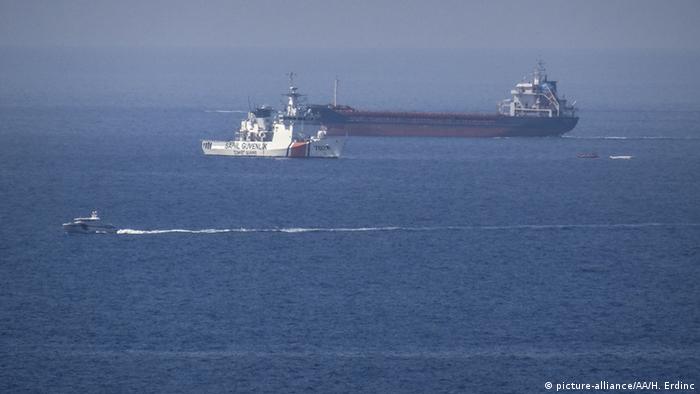 At least 13 people died Sunday when a boat carrying dozens of immigrants to Greece was wrecked in Turkish waters, a source from Turkish coastguard said. Six of the victims were children, according to the source.

The migrant boat collided with a ferry at night, Turkish media reported.

The search continues for another 13 people still missing, and seven of the survivors are receiving treatment, according to the coastguard.

Previously, Greek authorities reported that an inflatable dinghy capsized near the island of Lesbos following a collision, in what is suspected to be the same incident.

"It was dark, we saw the ship bearing down on us. We tried to signal with flashlights and cell phones but they did not see us," a survivor named Haseen told Greek news agency ANA.

The impact with the larger vessel threw the refugees in the water, where they had to fight the waves.

"We lost the children. We could not see them in the dark," Haseen said.

A spokeswoman for the Greek coastguard told the AFP news agency that the migrants were spotted by a helicopter deployed by EU border agency Frontex.

"Two coastguard vessels went out and rescued 22 people, including three women and a child. The survivors said there had been 46 people on board, but later this changed to 48 people," she added.

The rescuers managed to save a mother and baby, who have spent at least two hours in the water, according to ANA.

There were no immediate details on the nationality of the survivors, but the route carrying refugees from Turkey to Greece is most popular among Syrians and Iraqis.

Thirty-four refugees, including 15 babies and children, died a week ago when their boat capsized off the small Greek island of Farmakonisi.