Microsoft's European clients will be able to use its cloud data storage services without the information ever leaving Germany. Service is aimed at privacy-sensitive clients wary of US intelligence agencies snooping. 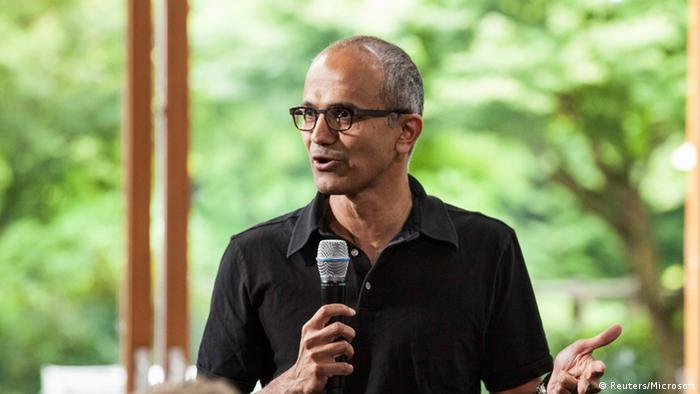 Microsoft announced Wednesday it put its data centers under the control of Deutsche Telekom, which will keep privacy-sensitive Germans' customer data in the country and under jurisdiction of German law.

"This is an important step in the future role of cloud computing," Microsoft chief executive officer Satya Nadella said Wednesday during a visit to Berlin.

Microsoft and its partner Deutsche Telekom stressed that the company would have no access to the data stored on the German version of its service.

"All customer data will remain exclusively in Germany," Deutsche Telekom said in a statement, adding that the service will be available to European clients outside Germany as well.

But the Germany-only service is aimed at business clients and will not be available for private customers, who will still have to save information on US servers if they use tools like OneDrive.

The EU's top court issued a landmark verdict last month striking down a key transatlantic data deal, saying that Internet giants could be barred from sending European citizens' personal information to the US in the wake of the Snowden scandal.

But recent reports have also suggested secret cooperation between the NSA and Germany's BND foreign intelligence service as well as snooping on Germany's allies.

Cloud computing allows users to store data on remote servers accessible via the Internet, which enable them to access the same files remotely.

Snowden gets European support but still remains in limbo

A European Parliament vote calling for the protection of whistle-blower Edward Snowden from prosecution and extradition is more than symbolic, supporters say. But the resolution is unlikely to help Snowden anytime soon. (30.10.2015)