The country's president said that the referendum will strengthen democracy. But critics are calling it a political stunt. 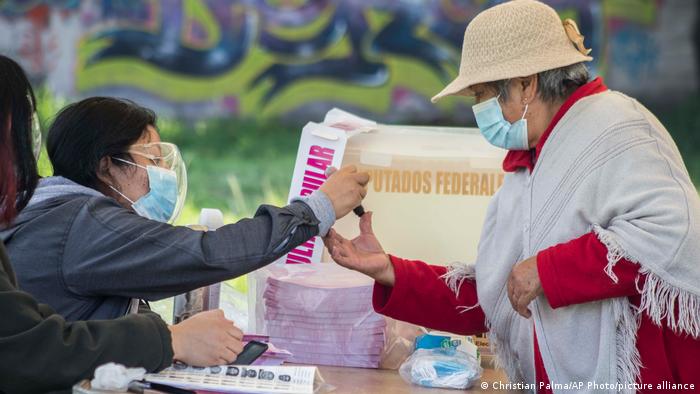 Mexicans voted on Sunday in a national referendum on whether to investigate and prosecute former Mexican presidents for alleged corruption.

While President Andres Manuel Lopez Obrador said the referendum would strengthen participatory democracy, critics dismissed it as a political stunt.

Lopez Obrador said Monday, "This does not rule out the possibility of trials."

'Not even the lawyers' understand referendum question

The unclear wording of the question on the ballot paper came under fire.

The exact question read: "Do you agree or not that the pertinent actions be carried out, in accordance with the constitutional and legal framework, to undertake a process of clarification of the political decisions made in the past years by the political actors, aimed at guaranteeing justice and the rights of potential victims?"

Initially, Lopez Obrador drafted a more direct question but it drew angry denials. This prompted the country's Supreme Court to modify the referendum question for the more ambiguous alternative.

Critics argued that the vote was unnecessary. Former National Electoral Institute president Luis Carlos Ugalde said that if prosecutors have evidence against the ex-presidents, it's not necessary for "the people to tell you yes or no."

Opponents wrote in a slogan: "The law must be applied, not put up for a vote."

The referendum also suffered from lack of resources. The National Electoral Institute (INE) set up around 57,000 ballot boxes. This was compared with more than 160,000 for June's legislative and local elections. It carried out limited promotion activities.