Mexico pushes 'rigorous' review of NAFTA to counter US proposal

Mexican negotiators have vowed to "present proposals and counterpoints" in a bid to stop a sunset clause on the trillion-dollar trade deal. The US president has threatened to "terminate" NAFTA even before talks finish. 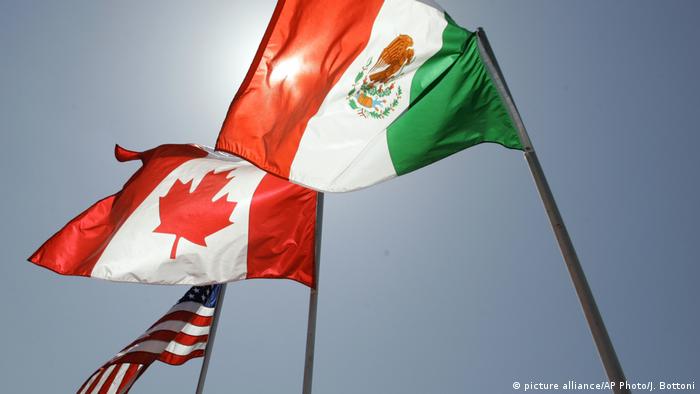 Guajardo said that Mexico's proposals challenge Washington's desire to include a five-year sunset clause in a revised pact.

Read more: What does NAFTA mean to Mexico?

The US, Mexico and Canada have been engaged in negotiations on an update to the agreement after US President Donald Trump came into power on a platform of scrapping the trade deal.

Trump has described NAFTA as the "worst trade deal ever," and even threatened to abruptly end the latest negotiations.

"We are in the NAFTA … renegotiation process with Mexico and Canada. Both being very difficult, may have to terminate?" Trump said in a tweet published in August. 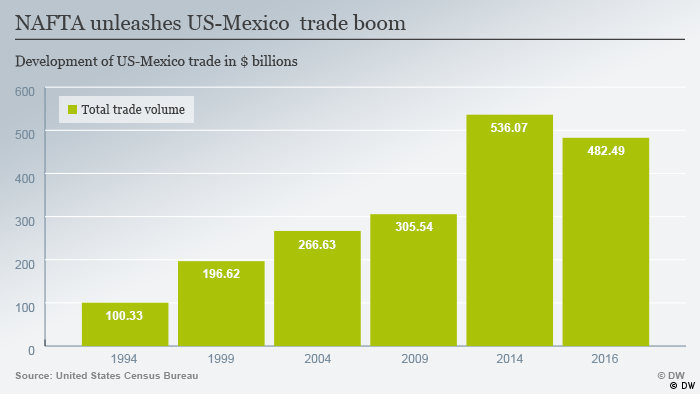 The fifth round of talks began on Wednesday, two days before it was formally expected to begin. This round is expected to cover tense subjects such as the US proposal for a sunset clause and US content requirement for automobiles receiving duty-free status.

"We are going to present proposals and counterpoints to many of the issues that the United States has already put on the table," said Kenneth Smith, Mexico's chief negotiator.

"Without a doubt, it's the first time we're going to have a specific conversation about the issue of rules of automotive origin."

Meanwhile, Canada has been lobbying US lawmakers in a bid to shore up support for the trade agreement in the event Trump attempts to terminate it.

"Should (withdrawal) ever happen … the drive will be to really put the pressure on Congress, and so shift away from the White House," said a Canadian source close to the negotiations, reported Reuters news agency.

NAFTA went into effect in 1994 under former US President Bill Clinton's administration and has contributed to $1 trillion (850 million euros) in trade between the three countries.