Mexico edged out Turkey last year to become the eighth most popular tourist destination in the world. The record run has continued for the first quarter of 2017, according to the latest figures. 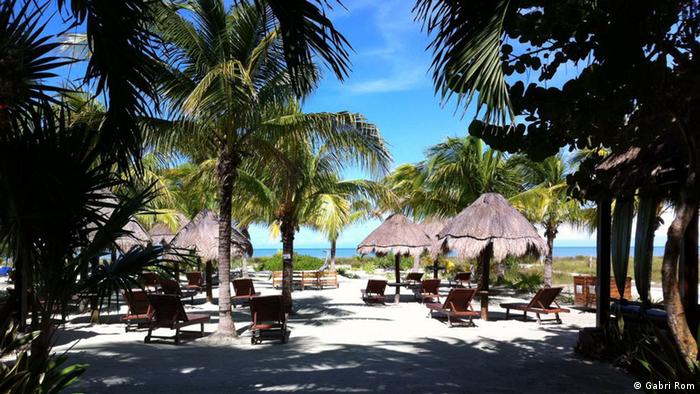 Some 9.3 million visitors bringing in $5 billion (4.6 billion euros) in revenue to Mexico have been recorded for the first three months of 2017.

"Tourism in our country is enjoying one of its best moments in history," said Gerardo Corona, of the federal Tourism Secretariat, Sectur, on Thursday. "Never has there been such a first quarter for the arrival of tourists at this level and in terms of revenue."

Last year saw a total of 35 million visitors to Mexico, an increase of 9 percent over the previous year, bringing in $19.6 billion in revenue, according to the World Tourism Organization (UNWTO). That result brought Mexico close to world-ranked seventh place United Kingdom which had just 600,000 more visitors than Mexico in 2016.

"The New York Times" named Mexico City as the number one place to go in 2016 and "Conde Nast Traveler" named San Miguel de Allende the fifth best city in the world.

Corona credited the growth in tourism in Mexico to the government's policies in coordination with the state and city authorities and tourism operators to make Mexico "one of the world's major destinations." Best performing markets were the Riviera Maya, Cancun, Los Cabos, Puerto Vallarta and Riviera Nayarit.

The federal Tourism Secretariat said it provided travellers with activities and attractions that encouraged them to extend their stay and generate more revenue as a result.

Most visitors to Mexico come from the US, followed by Canada, the UK, Argentina, Colombia, Spain, Brasil, Germany and France. The number of visitors from the US increased by 12 percent last year over 2015, according to the UNWTO.

Sectur has expressed confidence that tourism revenues will overtake remittances from Mexicans working abroad in about three years' time.

In 2013, Mexico had fallen to 15th place in the world tourism list due to problems with security, most particularly with gang and street crime.

US President Donald Trump made a number of derogatory remarks about Mexico and Mexicans during his winning run to the White House last year. Trump made a particular point of planning to build a border wall to separate the US from its southern neighbor.

At least 24 people are reported to have been killed in Mexico, after a fuel truck crashed into a passenger bus. The vehicles burst into flames, with many of those inside perishing in the blaze. (14.04.2017)

In Mexico, farmers are desperately waiting for millions of insects to find their winter habitats as they never come alone but bring thousands of tourists with them.

Countries like Thailand, Cuba and Turkey are particularly popular with Russian tourists. These destinations face a dilemma as the war in Ukraine has stopped many Russians from traveling.

Tourists have started to trickle back to Mexico. Although the pandemic isn't over, visitors say they have a lot of confidence in the safety measures the Mexican government has put in place.