Mexico: Marijuana legalization on the horizon? 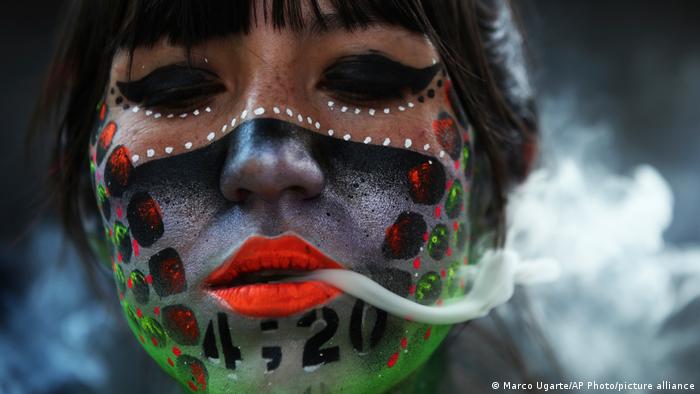 An activist smokes marijuana outside the national Senate in Mexico City

Progressives and conservatives are waging a protracted battle over whether or not to legalize marijuana in Mexico. On Monday, Mexico's Supreme Court ruled eight to three that a ban on recreational marijuana use is unconstitutional. It has called on Congress to translate the ruling into law.

Liza Sanchez, who heads the Mexico United Against Crime (MUCD) group, welcomed the court's decision. "Not even in Germany or Britain do supreme courts make it so clear that the consumption of marijuana is a matter of personal choice," she told DW.

But she also expressed frustration over Mexican lawmakers, accusing them of "incompetence." She told DW that "politicians have not understood the issue at hand, and do not want to understand it, and many taboos still exist."

In spring, business and military lobbyists succeeded in blocking Congress from adopting a bill to legalize marijuana. Mexico's government, meanwhile, has lacked a clear position on the matter. Following Monday's court ruling, individuals may now apply for a marijuana permit from the Federal Commission for Protection against Health Risks (Cofepris) — something that was not necessarily possible previously. Even so, Mexican law still prohibits growing, trading and owning more than five grams of marijuana. The drug, therefore, remains in a legal gray zone. 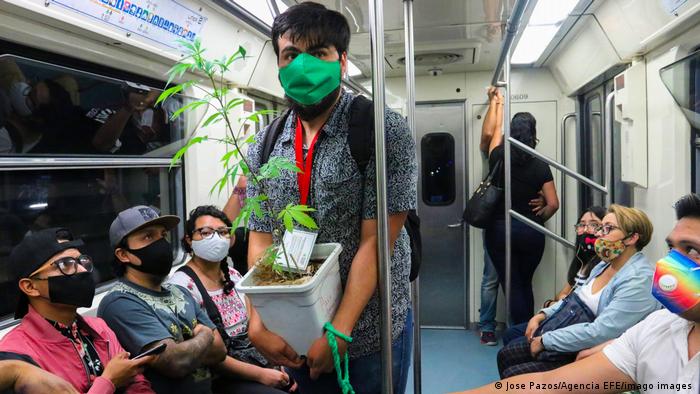 "Parts of the political elite, including the president, are conservative," Zara Snapp of the Drug Policy and Peace Research Institute (RIA) told DW. "They are concerned about legalizing [marijuana], and they do not believe in its benefits," the RIA co-founder said. "All of us who voted for [Mexico's left-wing] Morena [party] were hoping for a more progressive agenda and are a bit disappointed." The governing Morena party, after all, has commanded a clear parliamentary majority for the past three years.

Mexican public opinion, too, is divided over legalization. A poll by Mexico's El Financiero newspaper, published in April, found that a slim majority of Mexicans support the step. The annual survey has, however, shown Mexicans to be rather fickle on the issue. 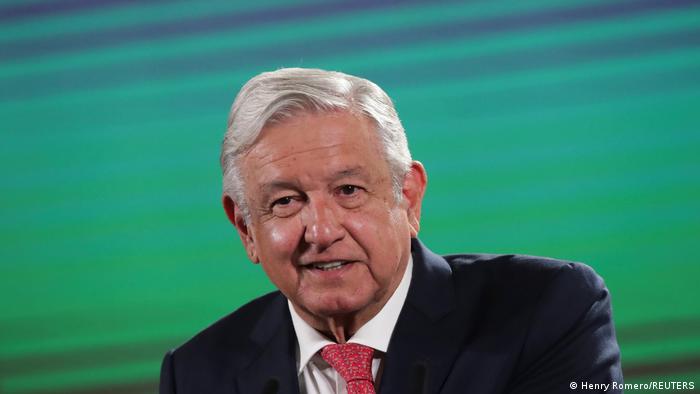 Activists calling for decriminalization of the drug have taken legal action to further their cause. Since 2015, several court rulings in their favor have forced lawmakers to act. According to court orders, a legalization bill should have been ready by April. Due to high-stakes Mexican regional and parliamentary election in June, however, parties postponed dealing with the issue. "President Andres Manuel Lopez Obrador publicly admitted that his cabinet is divided over the issue and has therefore put the bill on hold," Liza Sanchez told DW.

"The Senate draft was strongly reworded in the lower chamber after several ministries intervened," Zara Snapp said. Adding that the original draft displayed a far stronger social focus in that it envisioned issuing licenses to indigenous and rural communities, and for personal consumption. Changes by the lower house, she said, made the bill much more business-friendly.

Mexico's security forces, who have gained political influence under Lopez Obrador, are keen to block legalization. "They instrumentalize the punishable offence of drug possession to conduct preventive crime checks," Sanchez told DW. Police officers plant the substance on suspected criminals, or individuals believed to be planning a criminal act, to lock them up, Sanchez said. That would no longer be possible if marijuana were made legal.

After the supreme court ruling, the burden is on Congress to act once more. This is "a major chance" for Mexico to finally push for a paradigm shift in its drug policy, Snapp said. The Mexican state could, she said, bring to an end the bloodshed [connected to the drug war]. In 2006, Mexico launched its war on drugs. Since then, over 275,000 Mexicans have died a violent death. 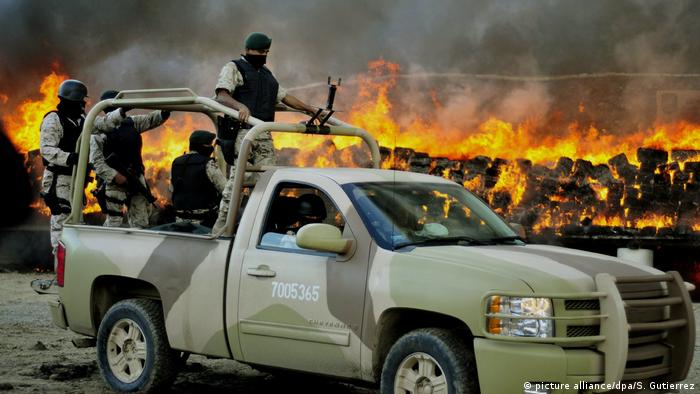 The US government should play a bigger role in pushing for legalization in Mexico, Snapp said. While 19 US states have legalized the drug, no action has been taken to support decriminalization across the border, not even under US President Biden, she added.

"Legalizing cannabis is no magic wand" to solve all problems, the expert admitted. But, she said, it could make the lives of poor people who are being criminalized for cultivating and possessing the drug. This could reduce social tensions in Mexico.