Political violence has cast a bloody shadow over the Mexican election campaign. Since last fall, 130 politicians and candidates have been killed, but experts doubt that the violence will end after Sunday's vote. 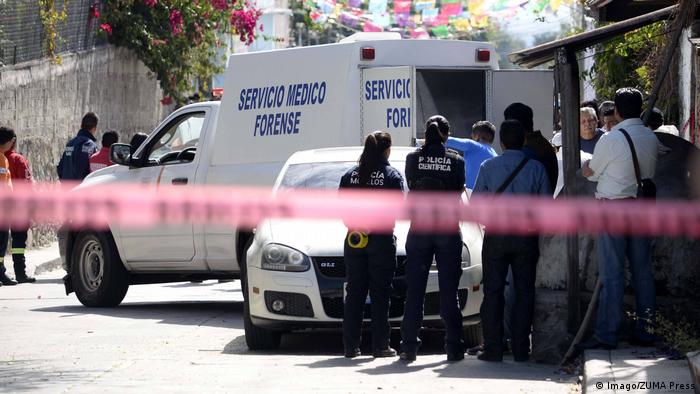 "He was someone who couldn't bear the poverty, the social injustice and the corruption in his country," one of Fernando Angeles Juarez's closest friends said about the local politician. That's why the 64-year-old ran for mayor of the small city of Ocampo, 40 kilometers (25 miles) north of Mexico City. Last Thursday he was shot and killed in front of his own home.

Just three days later, federal police arrested all officers of the local police force on suspicion of complicity in the murder. Incidents like this one aren't out of the ordinary in an election campaign that experts are calling the bloodiest in the modern history of Mexican democracy.

From oligarchy to gang violence

On Sunday, July 1, Mexico will elect a successor to President Enrique Pena Nieto. At the same time, Mexicans will vote at the federal, regional and local level. The wave of political violence sweeping the country is hitting local candidates the hardest.

Edgar Cortez, a researcher at the Mexican Institute for Human Rights and Democracy, explains that organized crime has the greatest influence at the local level. While federal and state institutions are pretty stable and mature, the researcher explains, some regions are still dominated by "caciquismo," an oligarchic clientele system that sees individuals or families in control of politics, administration and the economy.

"Unfortunately, many of these local oligarchic structures have turned into criminal gangs that finance themselves through the drug trade and trafficking," Cortez told DW.

Local officials and police are a part of these structures and wouldn't give up their power easily, he added. 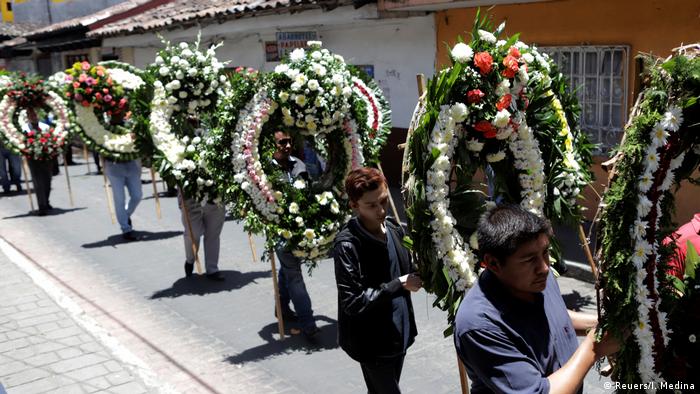 One murder every three days

Since the election campaign started last September, 130 politicians and candidates across the country have been murdered, reports Etellekt, Mexico's consulting institute for politics and security, which monitors these cases. That comes to an average of one murder every three days. To put this into perspective, "only" nine murders took place during Mexico's last presidential campaign in 2012.

The extreme level of violence is visible not only in the number of murders, but also in the more than 500 nonfatal attacks that have been registered by Etellekt. According to the institute's director, Ruben Salazar, 75 percent of these attacks were directed at members of the opposition.

"These acts of violence are used as a means of campaigning," Salazar told DW. "Many of the races aren't decided at the polling stations, but before that, through threats, intimidation, armed violence and so on."

The presidential candidate with the best prospects is Andres Manuel Lopez Obrador of the National Regeneration Movement (MORENA), and the fact that his left-leaning coalition also leads the polls at the local level is making many local crime bosses nervous. 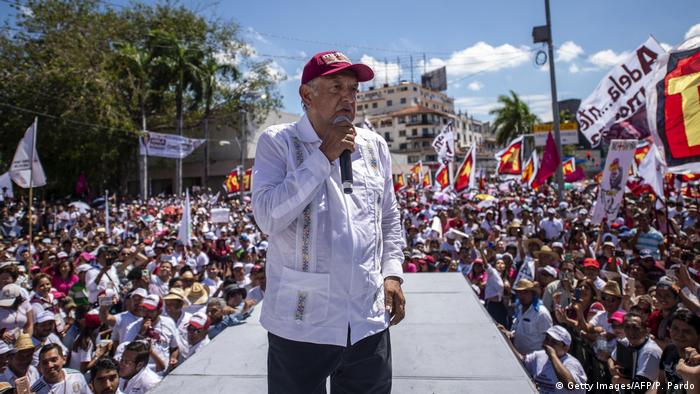 'This kind of violence will continue'

"I think that the violence won't come to an end since, when push comes to shove, it's about massive amounts of money and shares in the drug trade, and none of that will change, no matter who wins the election," Cortez lamented.

Etellekt's Salazar isn't optimistic, either: "This kind of violence will continue until the winning candidates enter office, and probably after that as well."

The question that remains is whether Mexico's political class at the federal as well as the regional level will be able to find an answer to their country's rampant violence, so that no more local politicians like Fernando Angeles Juarez will have to pay for their political engagement with their lives.

About 80 candidates have been murdered since campaigning for Mexico's 2018 elections began in September. Many have been targeted for opposing drug cartels — or conspiring with them. Sandra Weiss reports from Puebla. (22.04.2018)

Most of the more than 23,000 murders in the first 11 months of the year have been blamed on the country's brutal drug cartels. Violence has worsened over the past decade amid the government's war on narcotics. (25.12.2017)

The largest US Protestant church has confirmed the investigation after a report found it covered up sex abuse allegations over decades. Some of the victims were as young as five.