Mexico City's government has advised people to stay indoors and restricted traffic due to air pollution. Ozone levels have been measured at nearly twice the acceptable limit, triggering the first alert in over a decade. 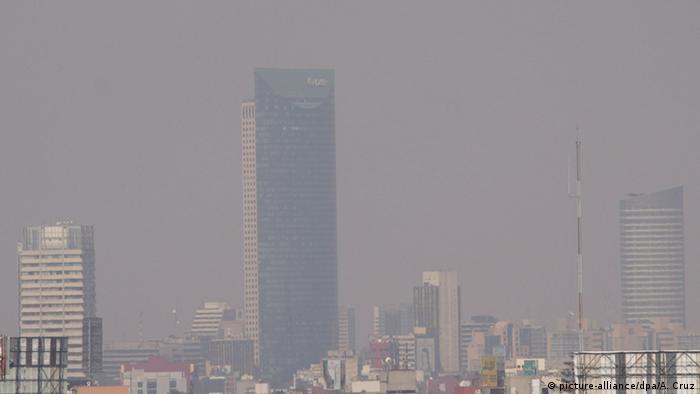 Authorities said Monday that the alert stemmed from an "extraordinary increase" in ozone concentration due to the presence of a high pressure weather system and intense solar radiation around greater Mexico City. The Mexican capital is home to more than 20 million inhabitants.

An advisory posted by the city authorities recommended that people stay off the streets between 1 p.m. and 7 p.m., refrain from vigorous exercise in the open and curb sporting activities, in order to avoid respiratory problems.

The last time a a phase one alert was issued for particle pollution was on New Year's Day 2005. Then, air quality was likely affected by heavy use of firecrackers, a city official said. Ozone, which is a key ingredient of air pollution, is a form of oxygen created by the reaction of sunlight with air containing other pollutants such as hydrocarbons and nitrogen oxide. 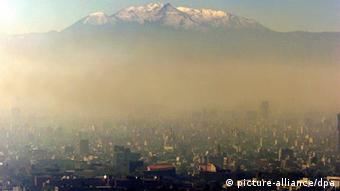 Ozone is a key ingredient of smog. The last alert issued for ozone was January 18, 2002.

Geography is also a factor. The capital city lies about 7,350 feet (2,240 meters) above sea level in a high mountain valley, where the surrounding mountain range can trap pollutants.

Environmentalists also point to a recent court order that has allowed older cars in the city. Earlier regulations barring vehicles older than eight years old had curbed gross polluters. But the court's order relaxing the rule has allowed more polluting cars back on the streets.

Heightened ozone levels can cause breathing difficulties and worsen heart disease. Children and the elderly are especially at risk.

For over two decades, Mexico City has battled to combat air pollution and smog with a slew of measures. And they’re paying off as old exhaust-belching vehicles are phased out and the megacity becomes greener. (15.07.2014)

What happens when smog descends on cities?