Mexico aims to extradite "El Chapo" to US by February

Mexico has said it is aiming to extradite Joaquin "El Chapo" Guzman to the US by February. The drug lord's lawyer says he will "fight to the end" and plans to continue stalling the process. 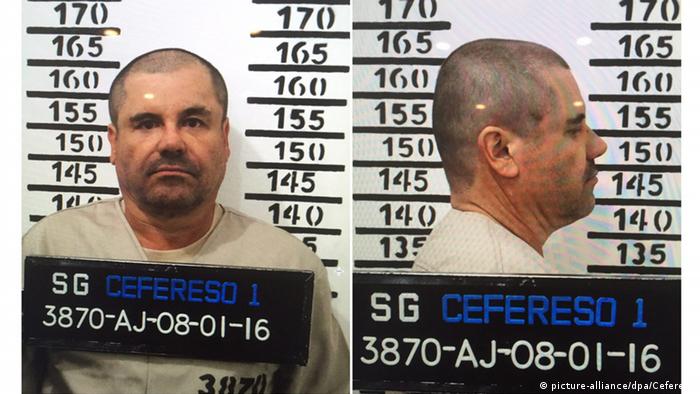 "We hope [to do it] in January or February," National Security Commissioner Renato Sales Heredia told TV network Televisa on Friday.

It is Mexico's clearest estimate to date of when it plans to send the imprisoned Sinaloa cartel chief across the border. Guzman is now imprisoned in Ciudad Juarez, a city bordering Texas.

"He can have his own personal opinion. I think it will be very difficult for it to happen between now and January," Guzman's lawyer Jose Refugio Rodriguez said, telling Televisa that his client has instructed him to "fight to the end" and that he can win the case if it "is not handled politically."

The Mexican foreign ministry approved Guzman's extradition in May and President Enrique Pena Nieto pledged to extradite him, but he has filed court injunctions, which have delayed the process. A judge began reviewing the case on September 26. 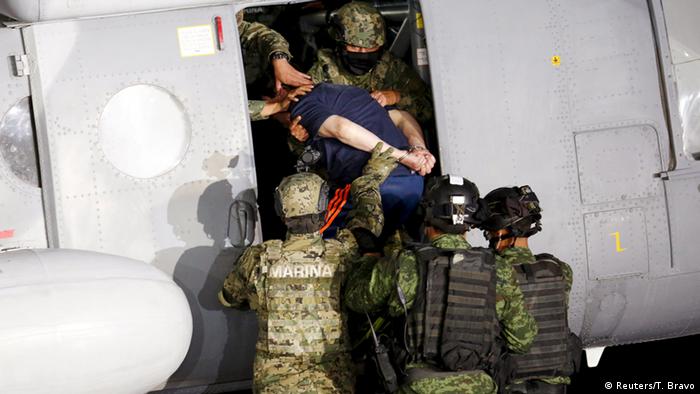 Guzman is facing two extradition bids, one in California for drug distribution and another in Texas on charges including murder and money laundering.

His attorneys are also exploring possible cooperation with US prosecutors - which is believed to be unnerving to other traffickers, government officials and politicians.

With Guzman in prison since January, his cartel has faced attacks from rivals. Members of the Jalisco New Generation drug cartel, which is battling Guzman's gang for supremacy in Mexico, briefly kidnapped his son Jesus Alfredo in August, according to US and Mexican officials.

Guzman's extradition would set up a major trial in the United States for the head of a cartel accused of providing tons of drugs to the US while fueling violence in Mexico.

Guzman was captured in February 2014 after 13 years on the run, but he escaped a year later from a maximum-security prison near Mexico City through a 1.5-kilometer (one-mile) tunnel, humiliating President Enrique Pena Nieto. After he was recaptured in January in Sinaloa, Pena Nieto demanded his speedy extradition.

Police in Mexico say the sons of jailed drug lord Joaquin "El Chapo" Guzman were likely behind a grenade attack that killed five soldiers in the country's north. They believe the ambush aimed to free a captured suspect. (01.10.2016)

Judge rules 'El Chapo' extradition to US can go ahead

Drug king Joaquin "El Chapo" Guzman is one step closer to being transfered to the US. He faces charges from money laundering to drug trafficking, kidnapping and murder in cities that include Chicago, Miami and New York. (09.05.2016)

Mexico to extradite drug lord 'El Chapo' Guzman to the US

The Mexican government has agreed to hand over drug lord Joaquin Guzman to the US for trial. The head of the Sinaloa drug cartel was captured in January after a spectacular escape from a high-security prison last year. (21.05.2016)