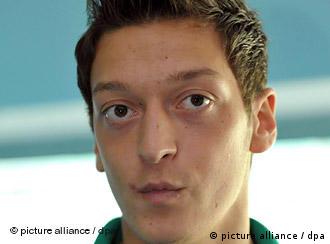 Mesut Oezil is ready to inspire Germany in South Africa

With Germany shorn of its biggest name for this World Cup, star quality will have to come from a player who is actually top class - but isn't the most recognized.

At 70kg (154 lbs.), Mesut Oezil is not the heavyweight presence to replace Michael Ballack as Germany's midfield general or media magnet, but he certainly has the skills to bring excitement and creativity to Die Mannschaft's 2010 campaign.

The Gelsenkirchen-born attacking midfielder with Turkish heritage has been among the most consistent flair players on the Germany roster in the past couple of years as he has grown into his fledgling role as the team's creative spark.

Germany's World Cup qualifying campaign had already wound down by the time Oezil really began making his mark in the Bundesliga with Werder Bremen, so the World Cup will be Oezil's international coming out party for many a spectator. 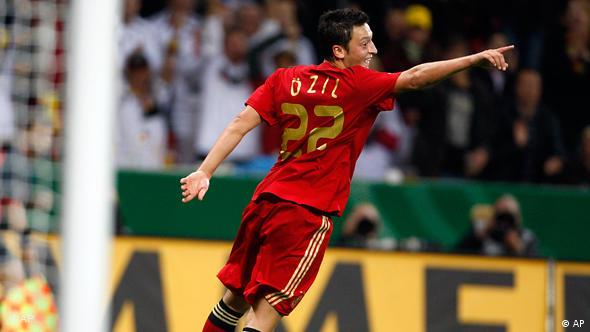 A player of intelligence as well as speed, Oezil is a proficient dribbler, a canny passer and a proven midfield goal-scorer. In the last two seasons with Bremen he's racked up 12 goals and a gaudy 29 assists.

Just how effective he is as a box-to-box midfielder remains to be seen - and with Germany without enforcers such as Ballack, Thorsten Frings and Thomas Hitzlsperger, the livewire Oezil may be required to track back more than he's used to.

But considering he is a player (albeit a very young, inexperienced one in comparison) in the mold of Kaka or Zinedine Zidane, Loew may want to exploit Oezil's great ball skills, his attacking mentality and vision in Germany's offensive play while leaving the heavy lifting to other midfielders.

Germany is still best-known for playing organized, efficient and maybe even a little boring soccer. But Mesut Oezil's potentially electrifying play at the World Cup could yet re-make Germany's image.

Born and raised in Brazil, Cacau might be the most exotic member of an ethnically-diverse German squad. DW spoke with the Bundesliga striker about his transition to playing for Germany. (19.05.2010)

There was much discussion and disagreement within the Deutsche Welle sports team about which eleven players made the biggest impact this season. But everyone agreed that that Arjen Robben fellow was pretty good. (19.05.2010)

The young man with a deadly left foot

At first, some said he was too small to be taken seriously as a professional soccer player. Now, Mesut Oezil has proven himself as one of the big boys on Germany's national team. (11.10.2009)