Born and raised in Brazil, Cacau might be the most exotic member of an ethnically-diverse German squad. DW spoke with the Bundesliga striker about his transition to playing for Germany. 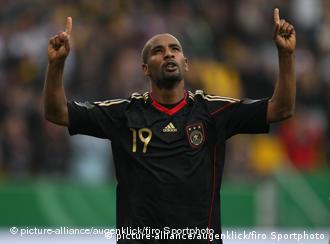 Cacau has been living in Germany for the past 10 years

Cacau would be, to say the least, an unusual German World Cup hero. In a young man's game, the striker made his international debut only last year, at the age of 28. He was born, in March 1981, in Santo Andre in the Brazilian state of Sao Paulo.

After moving to Europe and working his way up from the lower leagues to the summit of German football, the Brazilian-German national has been included in Joachim Loew's provisional World Cup squad. With two goals in a friendly against Malta under his belt, the Stuttgart frontman can be confident of making the cut and heading to South Africa.

Cacau talks to Deutsche Welle about deciding to play for his adopted homeland and how a squad which also includes Jerome Boateng, Marko Marin, Mesut Oezil and Sami Khedira mirrors the plurality of modern-day Germany.

DW: Presumably, like every footballer, you've always dreamt of taking part in a World Cup. But, as a child, you surely had a different jersey in mind. How is it for you, with the fulfillment of these dreams so close, but now with the German national team?

Cacau: That's right, everyone dreams of being involved in a World Cup. My personal circumstances obviously changed and I have been living here for 10 years. And now I have the chance to participate at the World Cup for Germany. I am very happy about this opportunity. I absolutely feel like a German when it comes to going out and representing my country. 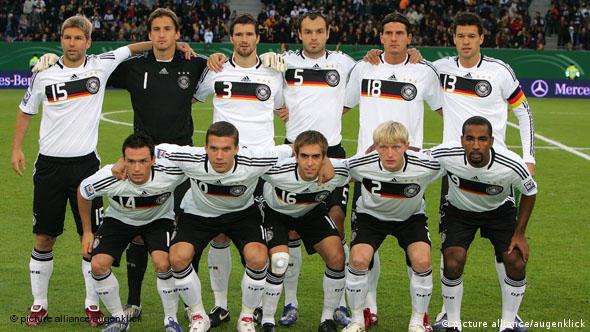 How did this feeling develop? How did you, having been born and grown up in Brazil, become German in the space of 10 years?

I came to Germany in the year 2000, and played in Munich in the fifth division. There I stood out because of my excellent form. Then I went to Nuremberg, to play in the reserves. But later I rose to the first team and played in the Bundesliga. After that, I transferred to Stuttgart, where I have been playing for seven years now. I have played well and had a lot of success, so I've come to the forefront in the Bundesliga.

Last year, I got German citizenship. My wife and I had long spoken about it and came to the conclusion that it would be good for us as a family; it would open up opportunities for our children in case they want to study or live here in the future. Two months later I heard that Joachim Loew wanted to speak to me. He then asked me whether I would like to play for the German national team.

Did you accept immediately, or did you have to think it over first?

It was a process. There had already been speculation about it, and then you start thinking it over - whether you would want to, and if it would come from the heart. As time went on, I realized that it was actually what I really wanted. I feel at home here in Germany with my family, and it would be an honor for me to play in the German national team.

How are the German fans treating you?

In the Stuttgart area, where I live, the fans have been very positive, if only because I play for their team. For the national team, I've also had only good experiences so far. On the relationship with the fans, I can only say good things. What I am experiencing here is something really special.

Before you, there have been others in the German national team who were born or had grown up in Brazil -Paulo Rink and Kevin Kuranyi, for example. But you are the first who could be part of the squad at a World Cup. Do you think that the others cleared a barrier out of the way? To what extent was their work important?

It is difficult to say what role they played. I don't know if they had any influence, because the board and the selection committee often changes. The fact is that Germany has done a great deal towards the integration of foreigners from many different countries. Germany has opened up many opportunities for these people, not only football players but the populace in general. Germany has become a multicultural country, and that's reflected in the national team. Players who belong to the team have roots in Turkey, Tunisia, Serbia, Brazil. I think that this trend in the national team reflects trends in the country. 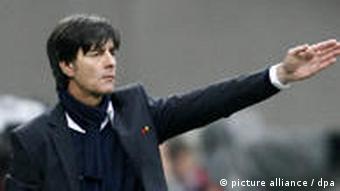 Coach Joachim Loew had eyed Cacau for some time

What's the competition like for places in attack? Six strikers were picked and potentially one will have to stay at home. Podolski and Klose are first-team regulars with Loew. How do you see your chances against Kiessling, Mueller and Gomez?

It's a tough call. I hope that, with good performances in training and friendly matches, I have a good shot at staying in the national team. It was reported in the press recently that the coach said that all six strikers would be going to the World Cup. If that's true, it would be something really special and I would be delighted.

What do you expect from Germany at the World Cup?

There are many other very good teams who will be there. England, Italy, France, Argentina, Spain and Brazil are the big favorites, and Germany belongs alongside them. I think, if we play well and come together as a group - that's a real strength of German teams - then we have a good chance of making the final and lifting the trophy.

And if Brazil and Germany play against one another in the final?

It would be a very emotional game, in which I would give 100 percent and hope without doubt for a victory for Germany.

To outsiders, the Germany national team has a squad full of stars. That may be true, but are those stars ready to shine at the World Cup? DW looks at the Germany players currently struggling for form and fitness. (15.04.2010)

FIFA and its sponsors are set to make billions from the upcoming World Cup in soccer. But it's doubtful that ordinary South Africans are going to benefit despite the billions in public funds that have been spent. (06.04.2010)