Mesut Özil has gone from fan favorite to the most highly-paid benchwarmer at Arsenal. The former German international now finds himself at a career crossroads with his future prospects in London diminished. 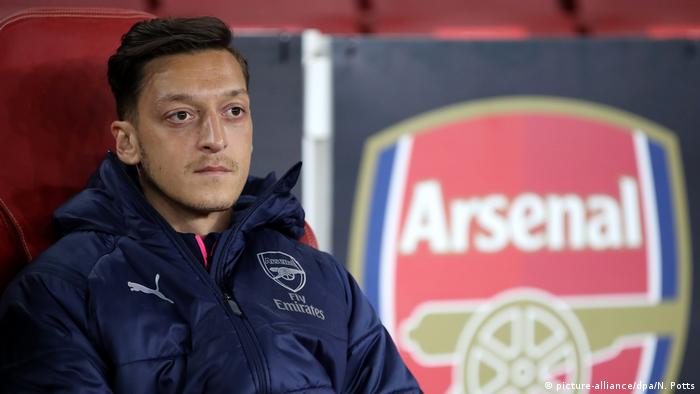 Mesut Özil's glittering career is in danger of hitting some bum notes when it should be reaching its crescendo. The 30-year-old will undoubtedly have been hoping a New Year would bring with it new fortunes, but 2019 is following the same disappointing narrative.

Arsenal head coach Unai Emery's comments on the club's biggest earner remain coy and absent of positivity. The excuses for his absence from the starting line-up continue to flow freely, while post-match comments after bit-part performances have only stoked an already roaring fire.

The transfer window shuts on Thursday and, right now, Inter Milan are the only club populating rumorville. An out-of-sorts playmaker shrouded in controversy is hardly an enticing prospect for clubs capable of meeting his exorbitant wage demands though.

Özil: 'I don't listen to these people'

The fall from grace started with an ill-advised meeting with Turkish President Recep Tayyip Erdogan and has since been exacerbated by his subsequent fallout with the DFB and German press, evidence of ill-advised late-night proclivities and criticism of how much time he's spent playing video games.

As a polarizing figure, his critics don't struggle to drown out his supporters at home or abroad. Former high-profile Gunners regularly lament a lack of work ethic and end product without ever highlighting the intangible nuances on display that have forged a formidable professional career. 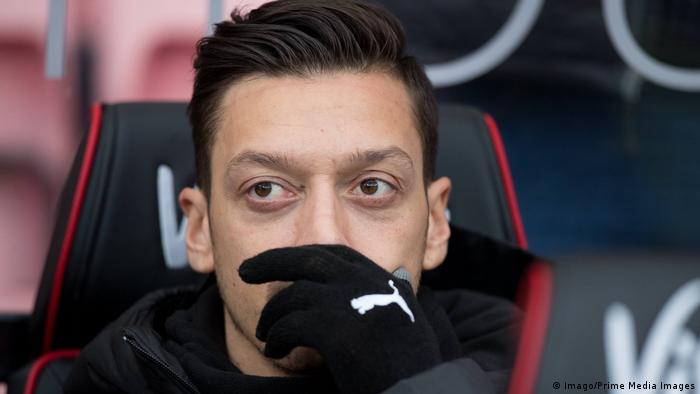 Mesut Özil has made 17 appearances for Arsenal in all competitions this season, chipping in with four goals and two assists.

"I don't listen to these people - I just listen to my coach and my people who say things straight to my face," Özil told Sky Sports back in October.

"So of course, if I play bad, I know that just as I know when I play well. If people just say bad things about me because they want to be in the newspaper - I know that and I don't care about them."

Evidence collected in the current campaign though, has only provided vindication for those who have spent so long tearing him down. Arsene Wenger stood staunchly by his man, but with Emery short on belief as he hangs Özil out to dry, they finally have proof that they were right all along.

A year ago, Özil signed a three-year deal with Arsenal reportedly worth $510,000 (€445,000) a week, as the club took a firm stance to rebuff interest from other clubs. The strain on their wage bill was difficult to justify when he was a first-team regular – as a benchwarmer it's foolish.

Even the German press has become disillusioned with a player once seen as the figurehead of a new era both on and off the pitch. "The delicate case of Özil. A depressing nitrous oxide party, a nasty "Fortnite" rumour and no suitable place under Unai Emery: What else can Mesut Özil give to Arsenal?" wrote kicker.

The signs all point towards an imminent departure even if Özil's agent Erkut Sögüt remains adamant about his client fulfilling his contract and potentially even extending it. However, if Emery stands firm, Arsenal are going to want to cut his wage bill in the summer at the latest.

At the age of 30, Özil should be entering the prime of his professional career. Instead, the former German international finds himself in an untenable situation facing up to the question of whether he needs to seek pastures new to keep his career afloat.