Vilified abroad as an austere eurozone sentinel, but popular among his base: veteran conservative Wolfgang Schäuble looks set to chair Germany’s next parliament. Supporters hope he can keep the far-right in check. 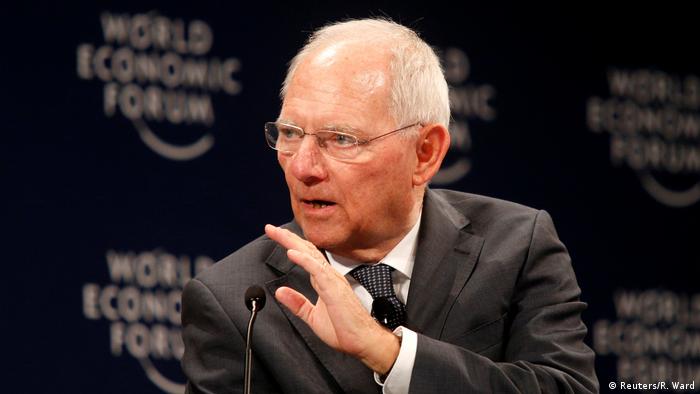 Joining in this praise was Christian Lindner, the head of the liberal Free Democrats (FDP), who, together with the Greens, are tipped as Chancellor Angela Merkel's potential fourth-term coalition partners. 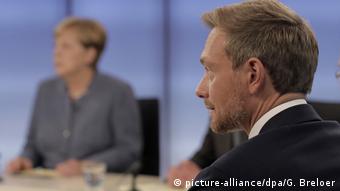 Lindner's backing coincided with rumors that his pro-business FDP, a Bundestag re-entrant with 80 members, wanted to inherit the Finance Ministry post, possibly giving it to deputy FDP leader Wolfgang Kubicki.

Greens co-leader Simone Peter was cautious, saying her caucus had not yet decided on who should become Bundestag president, adding that parliament clearly needed a "strong voice for democracy" given Sunday's election outcome.

Less complimentary was opposition Left party co-leader Bernd Riexinger, who told the Schwäbische Zeitung newspaper that he preferred Schäuble as a future Bundestag president rather than him remaining as Merkel's finance minister.

"Until now Wolfgang Schäuble has stood out not as an intermediary and discussion leader, but instead as a hard-nosed polarizer," Riexinger said.

Co-leader of the 93-member AfD, Alexander Gauland, 76, a one-time Christian Democrat conservative like Schäuble, was curt on Wednesday: "I have no criticism but also no endorsement to offer." 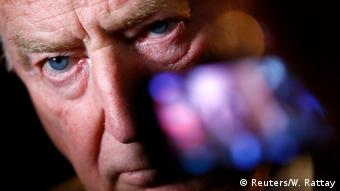 Will Schäuble 'tame' the AfD's Gauland?

What being Bundestag president entails

With a career in politics that spans 45 years, Schäuble is the Bundestag's longest-serving member. As finance minister, he domestically put in place Germany's first balanced budget in decades and in talks with European Union counterparts insisted on deep cuts and strict austerity rules before open Berlin's wallet to bail out Greece and other indebted eurozone members.

Moving to the Bundestag would mean missing out on what are expected to be tumultuous negotiations on forming a three-way "Jamaica" coalition. Leaving the cabinet would also mean that Merkel would lose her "best man," as she has called on Schäuble several times to address pressing issues for her previous three administrations.

But her loss might be the parliament's gain, with some supporters of Schäuble viewing in him an experienced political figure capable of maintaining order in a lower house heading for uncharted territory. Critics fear the far-right populist AfD will upend parliamentary norms.

The Bundestag president serves as a referee of parliamentary sessions, as well the representative of the lower house and the protector of its "dignity and of the rights of its members."

If formally endorsed, Schäuble would replace the highly respected Norbert Lammert, another conservative who in recent months decided to retire from the chamber.

Schäuble is no stranger to dealing with newcomers to Germany's parliament. As Die Welt newspaper reminded readers Thursday, Schäuble quietly offered the unruly Greens procedural advice when they entered the then-West German Bundestag in 1983. He was serving as manager of Chancellor Helmut Kohl's conservative caucus at the time. 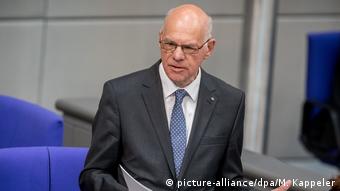 This detail also points back to Schäuble's early career as a student of law and economic science at the University of Freiburg, in southwestern Germany, where he was the rector's designee on political education in the late 1960s.

An assassination attempt in 1990 left Schäuble in a wheelchair but travel-fit and seemingly undeterred from continuing his political career.

He has held five ministerial posts, including two as interior minister - the second from 2005 in Merkel's first cabinet, after surviving a slush-fund scandal that blemished Kohl in the late 1990s.

Since his first win in 1972, Schäuble has returned to the Bundestag uninterrupted on a direct mandate, never scoring less than 47.2 percent in his Baden-Württemberg state constituency of Offenburg.

Die Welt remarked that trust in Schäuble to deal with issues made him perhaps the "last connective link of Merkel's system" to voters in the liberal-conservative spectrum. 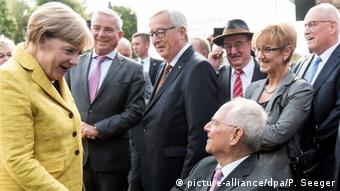 Schäuble, never far from the media scrutiny in Berlin and at EU ministerial summits, has a stack of credits to confound the critics.

These include a prize for German and European Understanding granted in 2007 by the Berlin-based post-unification German Association and a prize for Understanding and Tolerance given by Berlin's Jewish Museum in 2014.

Greek PM Alexis Tsipras: Athens in no danger of Grexiting

Greek Prime Minister Tsipras has said his country is no longer in danger of Grexiting - leaving the EU - and is seeing an inward investment boom. He said he is hopeful after nine years of recession, but questions remain. (10.09.2017)