Merkel′s CDU to show ′readiness to fight′ at party convention | Germany| News and in-depth reporting from Berlin and beyond | DW | 04.12.2016

This week's CDU party convention will set the tone for Angela Merkel's campaign for a fourth term as German chancellor. The big question is how traditional conservatives will try to counter right-wing populism. 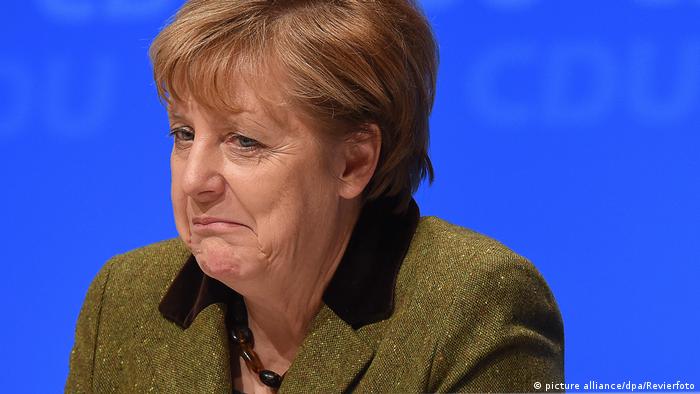 The latest polls give Angela Merkel's Christian Democrats (CDU) between 32 and 37 percent support among likely voters. That's not particularly horrible news. In August, Germany's leading party had plummeted all the way down to 30 percent in opinion surveys, so conservatives can claim they've made something of a comeback this fall.

But the numbers are hardly reassuring, either. The CDU earned 41.5 percent of the vote in the previous German national election in 2013 - if they were offered that sort of result this time around, they would probably take it. Together with their junior partners in the governing grand coalition, the center-left Social Democrats (SPD), the CDU can currently only expect between 54 and 58 percent support - leaving little margin for error at a time when voters throughout the West are increasingly turning to populist, anti-establishment options.

It's no secret where the majority of the CDU's (and all the other major parties') lost voters have gone. The anti-EU, anti-immigration Alternative for Germany (AfD) is polling well above 10 percent everywhere in the country and garnered 25 percent in the most recent surveys in the eastern state of Saxony. The CDU performed poorly in five regional elections this year and desperately needs to show better results in three further regional ones in 2017 before the national vote in September.

The CDU party convention in the city of Essen from December 5 to 8 is a chance to get off to a good start for a campaign that will be far more contentious than either of the preceding two.

"In the confrontations to come, our political competitors will find out that the CDU is up for a fight," CDU General Secretary Peter Tauber said at party headquarters in Berlin ahead of the convention. Tauber added that the current political situation entailed a battle over fundamental principles and compared it to the debates about deploying NATO nuclear missiles in West Germany in the early 1980s and the fall of the Berlin Wall and German reunification a decade later.

One advantage for the conservatives in that battle: at least there's comparatively little squabbling about who should lead the party. 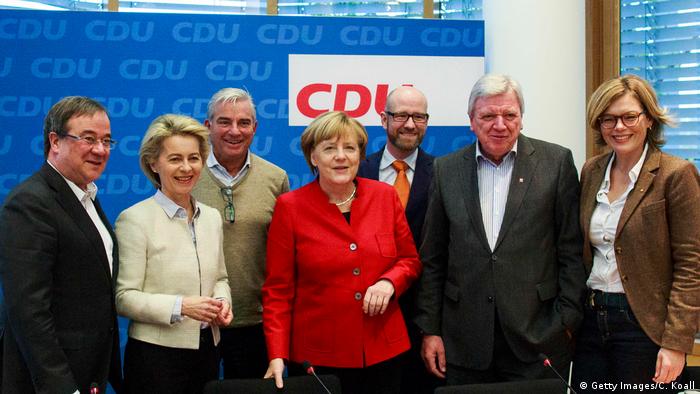 There will be no big changes at the top in Essen

Can the chancellor rally the troops?

After having to tolerate some unaccustomed criticism from within conservative ranks after Germany accepted hundreds of thousands of refugees in 2015, Angela Merkel has shored up her position at the head of the CDU.

On Tuesday, the party will confirm her as its chairwoman and thus its candidate for chancellor. However, the margin by which she's elected is significant. At the final party press conference before the convention, Tauber refused to set a target for Merkel, but anything too far below 90 percent confirming her as chairwoman would be an embarrassment. Conversely, the closer Merkel gets to a unanimous vote of confidence the more momentum she can take from the convention into the election campaign.

The chancellor, who is known for her relatively sober, unemotional speaking style, will address the 1,000 delegates in Essen on Tuesday. Some observers have called on Merkel to be both more emotional and more specific in this campaign, and it will be interesting to see whether she heeds such advice and how inspiring the party faithful find her speech.

Otherwise, the CDU is banking on continuity in the entire upper echelon of its leadership - there are only five candidates standing for the five positions as Merkel's deputies. The party will, however, add a position specifically responsible for addressing the concerns of the party's roughly 450,000 card-carrying members. It is an attempt to energize the CDU's grassroots. 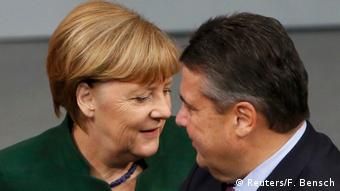 To go right, left or stay in the middle?

The CDU often uses the slogan "Die Mitte" - or, "The Center" - but there are forces pushing the party in various directions.

On Wednesday, convention delegates will be asked to approve a 20-page position paper entitled "Orientation in Difficult Times." While not a full-fledged party platform, the document does generally set out the CDU's stances on issues including employment, digitalization, globalization, developmental aid, education, family issues, domestic security, defense, foreign policy and refugees.

Because it defines reducing the number of refugees as a goal and speaks of Germany having "a leading culture" into which all immigrants must integrate, the document has been interpreted as a return to the right in an attempt to win voters back from the anti-migrant AfD. A stricter stance toward migrants would also help smooth over differences with the CDU's more conservative Bavarian sister party, the CSU, which has repeatedly called for an annual cap on the number of refugees in Germany.

Two CSU leaders will be at the convention in Essen, although its chairman, Horst Seehofer, won't be. Merkel has flatly rejected any sort of hard cap on migrant numbers, and in Berlin ahead of the convention, Tauber said he didn't think it was possible that the CDU-CSU could split over the issue.

At the same time, if it wants to form a new government in 2017, the CDU has to keep open the option of extending its current coalition with the SPD or forming a new one, which would probably have to involve the Greens. But whether the CDU moves to the right or the left, or concentrates on holding the middle, the primary goal in 2017 is to beat back the challenge represented by the AfD, which has been bolstered by Brexit and Donald Trump's presidential election victory in the United States.

"Populism, nationalist blinders, protectionism and deepening social divisions are not answers to the urgent problems of the present and the future," reads the fourth point in the position paper up for vote on Wednesday. "The CDU is a party of values. It will decisively oppose all endeavors of that sort."

The message coming from Essen will be aimed not just at the German electorate, as is usually the case with a party convention. This time around, it will explicitly target the AfD.