Bavarian conservatives press Merkel on refugees | Germany| News and in-depth reporting from Berlin and beyond | DW | 24.11.2016

The leader of the CSU, Horst Seehofer, says he wants a hard cap on refugees. Is this part of a trend pushing Chancellor Angela Merkel further to the right? A leading political scientist says that's the wrong question. 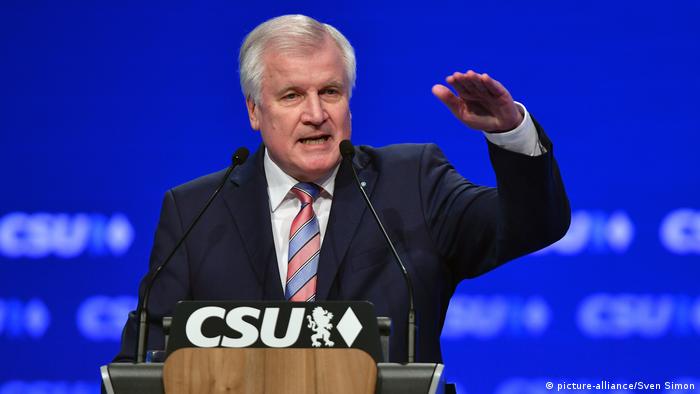 With a national election approaching next year and the party convention of Angela Merkel's CDU coming up in early December, the head of the conservatives' Bavarian sister party, the CSU, has once again said that Germany needs to curb the number of refugees entering the country.

"We are going to insist on a cap of 200,000 per year," CSU chairman Horst Seehofer told the Augsburger Allgemeine newspaper in Thursday. "Such a regulation is necessary to ensure that what happened on September 5, 2015 [when hundreds of thousands of refugees began arriving] isn't repeated in the coming years."

The partnership of the CDU and CSU is a rarely questioned given in the German political landscape, although the Bavarians tend to be more conservative than their allies in the rest of the country. So after signaling flexibility on Merkel's welcoming policy toward migrants earlier this year, is the CSU really prepared to risk a break with its much larger partner?

Hardly, says Werner Weidenfeld, Director of the Center for Applied Political Research in the Bavarian capital Munich. Insisting on a refugee cap, he explains, is basically an empty gesture aimed at maintaining the CSU's self-image as a sovereign party.

"It's not particularly clever, but the term has acquired such a symbolic significance that he feels he has to use it," Weidenfeld told Deutsche Welle. "For example at the CSU party conference [earlier this month], people were literally waiting for it to come. If he hadn't mentioned it, the headlines the following day would have read 'Seehofer has given in.'"

Merkel has repeatedly refused to endorse any sort of hard cap on refugees. And neither Seehofer nor any other CSU leaders are likely to press the issue very hard.

"They have to be careful they don't flex their muscles too much because the voters might see that as a split within the party," Weidenfeld said. "And party splits aren't popular."

Ritualistic sparring between the two conservative parties is nothing new in Germany, but any hints of disagreement have acquired more gravitas because of the rise of the right-wing populist, anti-immigration Alternative for Germany (AfD). Many people are asking how far to the right do Germany's conservatives need to go to counter the populists? 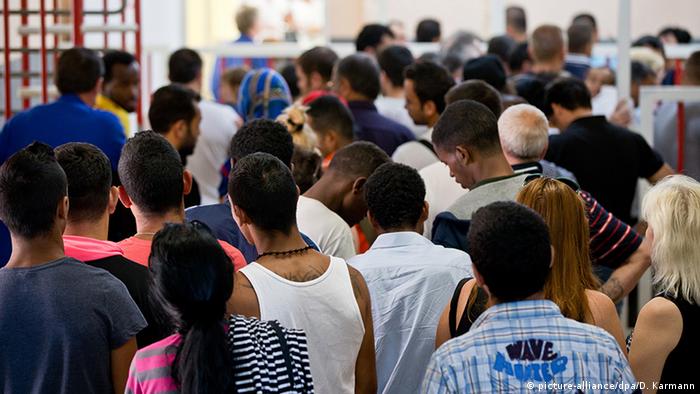 In terms of language, the 135-page position paper issued earlier this week is more conservative than the party has been in Merkel's three terms as chancellor. In one widely noted passage, it endorses a German Leitkultur or leading, dominant culture. The term was popularized around the turn of the millennium and usually understood to mean that all people in Germany, regardless of their background, are expected to adopt the German language and established German values and forms of behavior. Still, the position paper doesn't go far enough for many in the CSU.

"It's a bit timid and half-hearted and doesn't live up to our expectations," Bavarian Finance Minister Markus Söder said to the dpa news agency.

But Weidenfeld dismisses the notion that mainstream conservatives can appeal to potential AfD voters, who polls say may make up 15 percent or more of the electorate, with traditionally conservative vocabulary and images.

"I fall asleep when I hear things like that," Weidenfeld said. "People are angry, frustrated and scared right now. And if you say, 'Back in the 50s we had a wonderful picture of this or that,' I, for one, fall asleep."

The local election successes of the AfD, which originated as a movement critical of the EU, have most often been attributed to German anxieties about the arrival of more than one million refugees from late 2015 to early 2016. Some have argued that the CDU-CSU should become more conservative in response. For Weidenfeld, that would be a mistake.

"If the traditional parties only react to the rise of populists by moving to the right or the left, then they're not understanding this phenomenon," says the veteran political analyst, who served for many years as a government adviser on German-US relations. "When they imitate the hardline language of the far right, they only indirectly bolster right-wing populism. People say: 'Then I'll vote for the original, not the copy.' That's precisely the problem for the traditional parties." 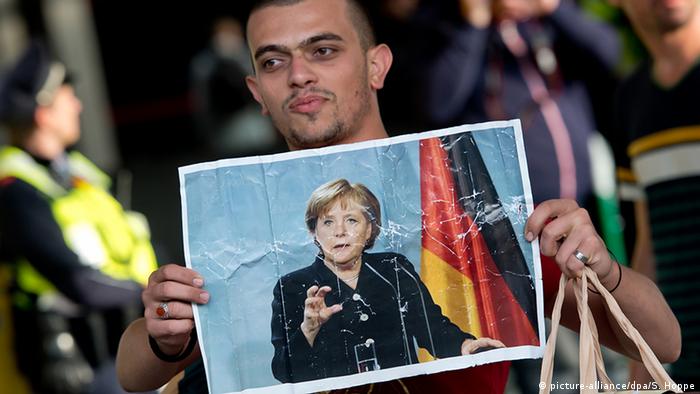 Inspirational strategies instead of party bromides

The CSU is not the only part of the conservative camp that would like to move Merkel and the CDU in more traditionally right-wing directions.

On Tuesday, the conservative "Berlin Circle" of the CDU, published a set of security and family policy demands that included tightening of EU and German borders, ending dual citizenship and stopping "gender ideology" and some forms of sex education.

The pivot to the right propagated by some conservatives has been touted as a way of preventing a right-wing populist upheaval akin to Great Britain's decision to leave the EU, or Donald Trump's election as US president from happening in Germany. But Weidenfeld says that completely misconstrues the significance of the Brexit or Trump.

"It doesn't have anything to do with right or left because in a society dominated by the whims of the public's mood, there is no such thing as right or left," Weidenfeld told DW. "What we have, as we saw in America, is 'us down here' versus 'them up there.' People are distancing themselves from the traditional parties because the latter aren't addressing the concerns of the so-called 'little guy.'"

So what can Germany's mainstream political parties do to combat the arguments of populists?

"They need a clear plan of their own," Weidenfeld said. "It does no good to constantly hem and haw over whether they should attack the AfD or appear with the party on television. They need a concrete and inspirational strategy for the future. As long as they don't have that, the margins of society will continue to wield electoral power. And that's true as well for the SPD, the Greens and the Left party. The same fate applies to all the traditional parties."

The CDU will have the opportunity to demonstrate its inspiration, or lack thereof, at its party conference from December 5 to 7.