Germans are more pessimisstic than ever, a new poll shows. An ARD survery revealed that only one in five people is satisfied with the current government, and half expect their financial situation to get worse. 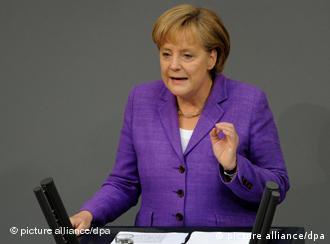 The German government's public approval ratings have sunk to a record low.

In a monthly poll by public broadcaster ARD, only one in five people said they were satisfied with the administration's performance, the worst figures since the centre-right coalition took office in September.

Following a fiery debate in parliament, Merkel's plan to provide about 150 billion euros ($185 billion) to the eurozone rescue package was approved, but the move was deeply unpopular with many Germans. 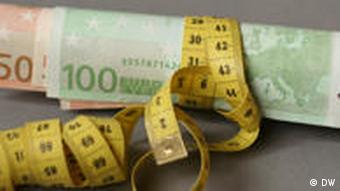 Economic concerns on the eurozone's debt problems seem to be responsible for the negative mood: over half of those questioned said they thought their standard of living would fall in the next few years, with less than one in ten saying they expected improvement.

It was the first time that an ARD "Germany Trend" poll revealed that more than half of respondents have negative views about their own economic futures.

The survey iof 1500 was conducted on the 25 and 26 May by the Institute Infratest.

As the euro tumbles, German shoppers stay at home

As the eurozone financial crisis continues, a survey reveals German consumers are losing faith in the single European currency. (26.05.2010)

US economist Robert Shapiro talks to Deutsche Welle about concerns over Europe's debt crisis and other economic challenges facing the US and the EU. (21.05.2010)