Experts fear spread of social unrest as financial crisis continues | World | Breaking news and perspectives from around the globe | DW | 26.05.2010

Experts are concerned that the continuing financial crisis and associated austerity measures could lead to global social unrest should conditions worsen and populations lose faith and patience in their governments. 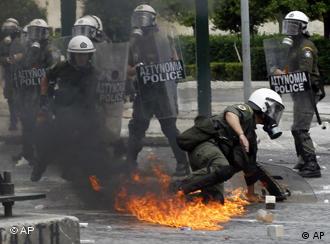 Experts say unrest could spread globally if the crisis deepens

At the end of 2008, Secretary General of the United Nations Ban Kin-moon painted a grim picture of the future when he said that the financial crisis – which was just beginning to have a global impact – could lead to social unrest and political instability and could exacerbate many other problems facing humanity.

The UN chief warned that "today's financial crisis will become tomorrow's human crisis" and that the shockwaves from the financial crash, if not handled properly, could "compound other major threats such as climate change, food insecurity and the terrible persistence of extreme poverty."

A month later, Dominique Strauss-Kahn, the head of the International Monetary Fund (IMF), said that "social unrest may happen in many countries – including advanced economies" if governments failed to adequately respond to the financial crisis.

In May last year, in the midst of the collapse, Robert Zoellick, head of the World Bank, also warned that the global economic crisis could lead to serious social upheaval. "If we do no take measures, there is a risk of a serious human and social crisis with very serious political implications," he said.

Greece unrest could provide the spark 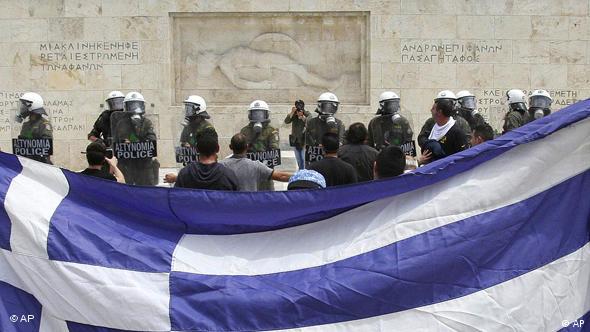 With debt-ridden Greece experiencing periods of strikes, protests and riots, and other governments around the world beginning to feel the anger of societies railing against them, the human crisis of tomorrow that Ban Ki-moon spoke of two years ago looks closer today than at any other time since this current financial crisis - the worst since 1929 - began.

Hundreds of thousands of demonstrators have been mobilized across Greece over the past few weeks by left-wing parties and trade unions protesting the austerity measures agreed by the Greek government with the European Union and the IMF.

According to those organizing the protests, Greece is a tinderbox. "We expect a social explosion some time soon," Ilias Iliopoulos, secretary general of the Greek public sector union ADEDY, told reporters. "The possibility of the IMF asking for more measures will trigger this."

The situation in Greece is not only making international markets and financially fragile European governments like Spain, Portugal and Italy nervous, but nations all around the world are concerned about rising social discontent over the handling of the crisis.

Spain's largest union Comisiones Obreras (CCOO) has been talking about calling a general strike to protest against the Spanish government’s planned austerity measures while fears abound that unrest like that seen in Greece may follow. 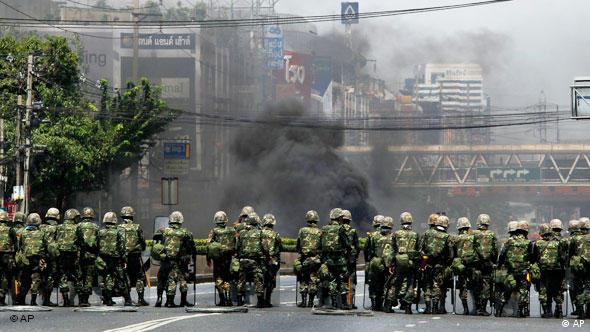 There have also been recent public demonstrations against perceived government incompetence and financial irresponsibility in Britain, France and Russia, while the ruling elites in Japan, Brazil, Israel, Canada and the United States have all seen protestors take to the streets.

In the Balkans and Eastern Europe, there were large strikes last week in Slovenia, Albania, Croatia, Bulgaria, and Romania – which also saw its largest public protest since the fall of communism.

Thailand, of course, has seen some of the worst violence with banks set on fire, major department stores attacked and protestors staging running battles with armed police and the military. The protests against the growing divide between rich and poor and the perceived corruption of the government has also led to a number of deaths.

There is a feeling among experts that the deep anger brewing in these countries is fermenting worldwide against the same institutions, the same people, and the failure of global capitalism.

In the United States, Director of National Intelligence Dennis C. Blair caused a storm when he wrote in a report to the Senate Intelligence Committee that economic crises increase the risk of regime-threatening instability if they are prolonged for a one- or two-year period, adding that the United States would not be immune to the unrest currently being experienced in Europe.

"Instability can loosen the fragile hold that many developing countries have on law and order, which can spill out in dangerous ways into the international community," he wrote.

"What's happening in Greece will spread worldwide as economies decline," Gerald Celente, financial and political trends forecaster and publisher of the Trends Journal, told Deutsche Welle. "We will see social unrest growing in all nations which are facing sovereign debt crisis, the most obvious being Spain, Ireland, Portugal, Italy, Iceland, the Ukraine, Hungary followed by the United Kingdom and the United States."

The potential for widespread social unrest in response to the continuing financial crisis has many experts fearing the worst for the world's current political and social structures with dramatic, perhaps catastrophic, changes ahead.

"We could see a rise in power of extreme right governments, secessions of some of the bigger states in the US and more devolution of powers to Scotland, Ulster and Wales in the UK," Marie-Hélène Caillol, president of the European Laboratory of Political Anticipation, an economic think-tank told Deutsche Welle. "A similar risk, though in the longer term, exists for China whose growth cannot survive a chaotic evolution in the rest of the world."

Gerald Celente has an even bleaker, succinct opinion of where the spread of social unrest could lead: "War. It's as simple and as horrifying as that." 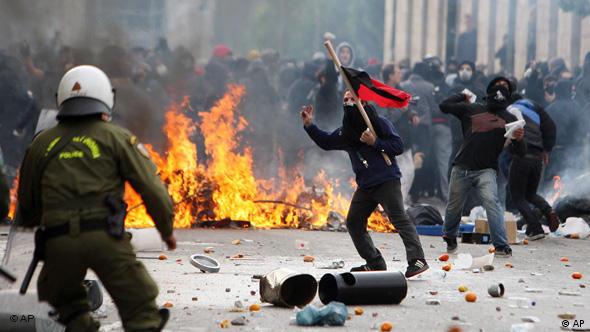 Public anger at failing financial and social systems could lead to revoultion, some experts claim

Contrary to some claims that the current wave of unrest is being driven by anarchist and far-left agitators intent on bringing down the global capitalist order, Caillol and Celente believe that its a reaction to a broken system by angry and betrayed citizens of the world.

"Public discontent combined with the lack of centripetal political guidance results in the rise in power of centrifugal forces of all sorts," said Caillol. "This crisis is directly connected to the end of the world order as we know it since 1945 – and even earlier since the European colonization process. Therefore, the whole global fabric centered on the US for 60 years is slowly collapsing, generating turmoil of all sorts."

"There are no organizations behind this response – it's a public response," said Celente. "This is a 21st century rendition of the 'workers of the world unite'. The people are fully aware of the enormous bailout going to the 'too big to fail's' that they are being forced to pay for. The higher the taxes go, the more jobs that are lost, the greater the levels of protest."

At a meeting of German ministers, members of parliament and leading international bankers, the international community turned up the pressure on Germany to help Greece with its debt crisis. (28.04.2010)