Merkel, Tusk focus on EU economic woes at award ceremony | Europe | News and current affairs from around the continent | DW | 13.05.2010

Polish Prime Minister Donald Tusk said "the clock has struck for Europe" as he accepted a major German award Thursday. Chancellor Merkel said the EU's economic woes were among the toughest tests the bloc has ever faced. 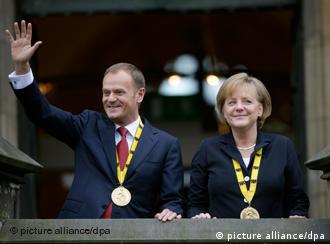 Tusk, left, and Merkel both used the occasion to focus on the EU's economic woes

Polish Prime Minister Donald Tusk accepted his Charlemagne Prize for promoting European understanding in Aachen on Thursday, but used the occasion to point out the economic problems currently facing the European Union.

"I paradoxically see the crisis as a chance to strengthen and further develop Europe," Tusk said in the western German city.

"The clock has struck for Europe, and overcoming the crisis will be the best proof," Tusk said, adding that he didn't believe the spiraling national debts in a number of EU countries, most notably Greece, would spell the end of the monetary union. 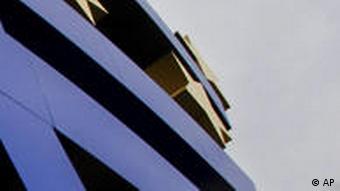 Should the euro fail, Europe could also fail, Merkel said

German Chancellor Angela Merkel also said that the group could overcome its monetary woes, but only with decisive action. She warned that a collapse of the single European currency could set off a chain reaction.

"If the euro fails, not only the currency fails, Europe fails too, and the idea of European unification," said Merkel. "We have a common currency, but no common political and economic union. And this is exactly what we must change."

Merkel appealed for greater harmonization of EU economic and financial policies, saying that the current problems offered an opportunity to strengthen the EU's reforming Lisbon Treaty, which fell short of the more binding language favored by some EU members.

"It is the biggest test that Europe has had to overcome since 1990, or even in the 53 years since the Rome treaties were passed," Merkel said, referring to the EU's post-war inception.

"This test is existential," she added. "It must be passed. If we fail, the consequences for Europe and beyond are unforeseeable."

Merkel agreed, however, with the Polish prime minister, saying that if Europe can overcome these problems, it could emerge stronger than ever before. 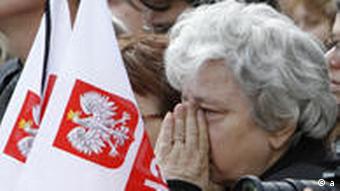 Tusk was presented with the Charlemagne Prize for his role as a "patriot and great European." During the award ceremony, the 53-year-old was lauded as an outstanding proponent of freedom, democracy and human rights, who never yielded to the communist regime in Poland.

Proceedings in Aachen also focused on the tragic plane crash in Russia last month that killed 96 people, including Polish President Lech Kaczynski and his wife. Tusk dedicated his award to their memory.

In his speech, he also accepted the award in honor of the so-called "Solidarnosc generation," a reference to the 1980s trade union movement instrumental in the downfall of communism in the country.

Polish Prime Minister Donald Tusk is this year's winner of the Charlemagne Prize. The prestigious European prize is awarded annually in Aachen for promoting European understanding. (13.05.2010)

In an effort to avoid a Greek-style debt crisis, Portugal has become the latest country to introduce austerity measures. This comes a day after Spain announced its own budget cuts, triggering protests from trade unions. (13.05.2010)

The European Commission presented a controversial proposal to check budgets before they are submitted to national parliaments. German Chancellor Angela Merkel says its a good first step, but others say it goes too far. (12.05.2010)