Germany will take the reins of both the G8 and the European Union next year and Angela Merkel has made battling climate change her top priority. But the chancellor will face the tough task of bringing the US in line. 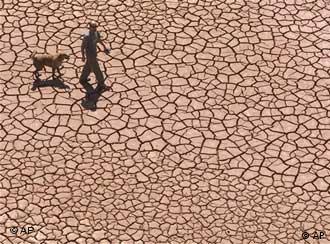 German Chancellor Angela Merkel named confronting climate change as her country's top priority as leader of the Group of Eight (G8) nations next year and will also use Germany's weight as president of the EU to push for the reduction of energy use at the same time.

Germany's dual role as head of two of the most powerful international bodies in 2007 gives Merkel the opportunity to mount international efforts to reduce carbon dioxide emissions and put global warming back on the agenda after Russia played down the issue during its G8 presidency in 2006.

Merkel seemed ready to face the world's biggest polluters when she made her statements earlier this week to a meeting of conservationists in Berlin and didn't need to name names when she said that her goal was to "convert the big emitters (of carbon dioxide)."

Merkel faces test to get US into line

That and the announcement that the G8 under Germany's leadership would face the challenge of climate change amounted to an indirect call for the United States to join in the so-called Kyoto process. The Kyoto process was designed to take some of the impact out of the climate change that many experts say is already under way.

Scientists say that if emissions of greenhouse gases like carbon dioxide (CO2) -- produced by burning fossil fuels which trap heat in the atmosphere -- are not curbed, sea levels will rise and drought and floods will become more frequent, with catastrophic results.

The United States, responsible for one quarter of all man-made greenhouse gas emissions, is the only G8 member not to have ratified the Kyoto Protocol, which sets mandatory targets for the reduction of such emissions. Canada, France, Italy, Japan, Russia, and the UK are also members in the organization of the world's economic powerhouses.

Merkel, a former environment minister who holds a doctorate in physics, told the meeting that any efforts to stop global warming without the cooperation of "our American partners" were doomed to failure.

"That means we've certainly got our work cut out for us -- let me say that clearly."

"To prevent global warming, the nations with the largest emissions of gases that are causing climate change have to take part," Merkel added. "That's why we will make this an important issue once again on the agenda during our G8 presidency." 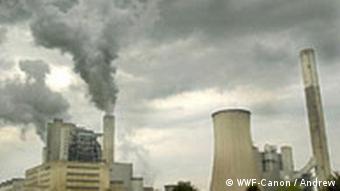 "China, India and other countries are now much more aware of the risks," she said. "As a result, the ground is now more fertile than it once was."

"We urgently need agreements for the period after 2012 when the Kyoto Protocol expires. Germany will do all it can within its realm as president of both the G8 and the EU ... We have a great chance next year to have an international impact."

The chancellor added that Germany would continue to play a leading role in improving the efficiency of energy use.

The Group of Eight industrial nations approved a statement on "Global Energy Security" on Sunday that allows for splits over nuclear energy and climate change among member nations. (16.07.2006)

Environmentalists are blasting a government plan to grant greater carbon-pollution rights to German industry. The concession would gut efforts to combat climate change, they warn. (29.06.2006)

Most of Europe, which has criticized the United States over its stance on global warming, looks set to miss a set of goals to cut greenhouse gases under the Kyoto Protocol, a new study shows. (28.12.2005)