Merkel puts brakes on Brexit as Brussels accelerates | Germany | News and in-depth reporting from Berlin and beyond | DW | 27.06.2016

Angela Merkel has offered the British government more time as it struggles with the constitutional crisis triggered by the referendum. But her center-left partners say that's exactly the wrong way to deal with Brexit. 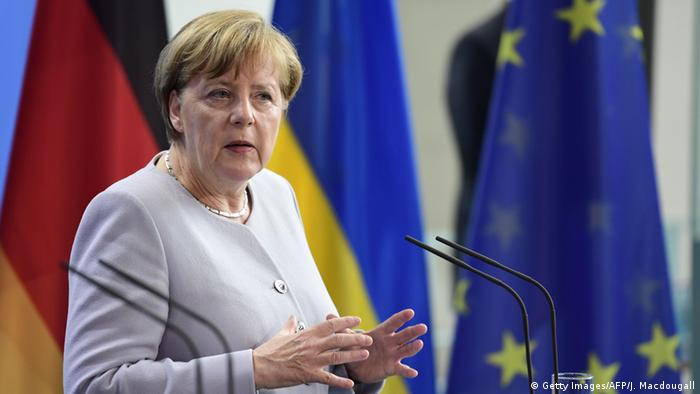 As might be expected from a chancellor who has built her reputation on crisis management, Angela Merkel struck a sober tone after last Thursday's shock referendum in the UK.

European Commission President Jean-Claude Juncker told German public TV ARD on Saturday that he would "like to get started immediately" on Britain's exit negotiations, implicitly criticizing Prime Minister David Cameron's decision to resign - but perhaps not till October - and pass on the task of untangling the UK from the European Union to his successor.

But, while top EU leaders were demanding quick decisions, Merkel's reaction was to call for a unified response from the other 27 member states before adding that the EU should not "draw quick and simple conclusions." 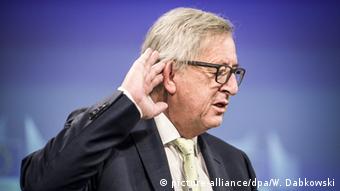 The German government took a similar line on Monday, when Merkel's official spokesman, Steffen Seibert, held his regular press conference in Berlin. "If the [British] government needs a reasonable amount of time to [deliver formal notification], we respect that," he said, but added that the uncertainty could not continue forever and that Berlin was working on the assumption that the notification would come in autumn.

Seibert also repeated the call for a unified EU response. "It's in our interests now not to show multiple European voices, but that we come to a common reaction to these challenges," he told reporters. The EU summit planned for Tuesday and Wednesday is an opportunity to "bring together" the positions of the 27 nations

There were even more conciliatory tones from Merkel's chief of staff, Peter Altmaier. "The politicians in London should have the possibility to rethink the consequences of a withdrawal," he told the RND local newspaper network. "But," he added, "with that I expressly don't mean the Brexit itself." He also said the door to readmission into the union would remain open, "though that would take a long time."

There was also a sign of the hard line that the EU is likely to take in the Brexit negotiations. "One thing is clear: Before Britain has sent this notification, there will be no informal preliminary talks about the exit modalities," Seibert said. That was backed up by unnamed officials in Brussels, one of whom told the "Guardian" newspaper: "No notification, no negotiation." Another said: "If they treat their referendum as a nonevent, we will also treat their referendum as a nonevent."

Unrest in the German cabinet

While the UK's two main political parties now face massive internal turmoil over the vote, Merkel also has a rift in her own coalition government, with the Social Democratic Party (SPD), the junior partner to her Christian Democrats (CDU), pushing for a much quicker Brexit - and for a fundamental rethink.

Niels Annen, the SPD's foreign policy spokesman, said he had "little understanding for the chancellor's behavior." Annen told the "Stuttgarter Zeitung" that Merkel was "playing tactics" while Europe was in one of its toughest crises ever.

SPD General Secretary Katarina Barley is similarly impatient with Merkel, not to mention Cameron. "We don't need any maneuvering now," she said, arguing that the outcome of the referendum requires that "you act on it and not just stick your head in the sand." Barley described Cameron's proposal to delay the negotiations until October as "outlandish." 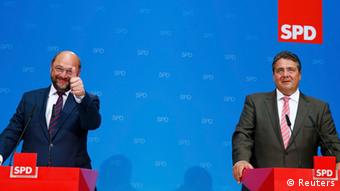 The SPD's tough line has already caused some consternation in the CDU, with Herbert Reul, a conservative member of the European Parlimanet, tweeting that "Brexit means, of course, the British are leaving the EU - but some politicians are overdoing the haste now."

Even Merkel's vice chancellor, SPD leader Sigmar Gabriel, sounded more like an opposition leader when he, too, warned against delaying the negotiations. He and European Parliament President Schulz, also of the SPD, called on the EU to use Brexit as an occasion to bring about closer bloc integration.

In their 10-point "Founding Europe Anew" plan released over the weekend, the two men set out an ambitious checklist to bring fundamental changes to the EU and blamed the current crisis in the bloc on a lack of growth and massive and "shameful" youth unemployment.

"We have to get to the point where we strengthen the Stability and Growth Pact both inside and outside the eurozone," they wrote. In other words, they called for national governments to be given more freedom to create stimulus packages supported by EU funds and an "economic Schengen" area to support businesses.

Meanwhile, the pair wrote that the EU needs to be made more democratic, by making the European Commission a government that is controlled by the parliament - much like in a national government.

At the moment, though, there is little appetite for fundamental reforms among government leaders such as Merkel - for them, at this point, the priority is steadying the ship.

After vote, how UK could turn the Brexit ship around

The majority of voters chose to leave the EU, but there are four ways in which the UK could still remain part of the union. With the help of an economist and a law professor, DW explains how the UK could exit the Brexit. (27.06.2016)

UK should not be pushed to leave EU, says Polish foreign minister

The UK should not be chased out of the EU, Poland's foreign minister says. Warsaw is calling for a new EU framework, after itself being in the EU's bad books for several months. (27.06.2016)

The effect of Brexit on tourism

Great Britain's referendum to leave the European Union will in the long term also affect tourism - both in the UK and in the Brits' favorite European holiday regions. (27.06.2016)