Merkel: No eurobonds 'as long as I live'

Berlin's opposition to pooling eurozone debt by issuing eurobonds has been underscored by a quote attributed to Chancellor Angela Merkel. Germany will not share the liabilities "as long as I live," she apparently said. 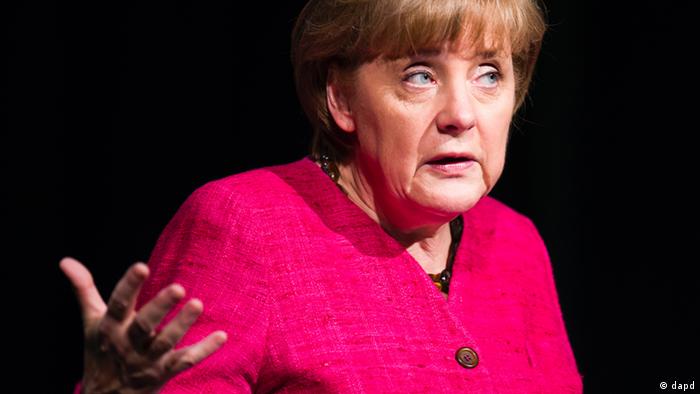 Her reported reaction precedes Thursday's EU summit on the eurozone crisis which will consider a call led by EU President Herman Van Rompuy for closer fiscal and banking union and common debt bonds.

Merkel apparently made the remark on Tuesday while visiting parliamentarians from her junior coalition partner, the pro-business liberal Free Democrats (FDP).

Several FDP parliamentarians are reported to have then called out that they "wished her a long life."

The summit will be the 20th time EU leaders have met to try to resolve the crisis that began in Greece in 2010 and spread to Portugal, Ireland and Spain.

Cyprus, which assumes the EU's rotating presidency on July 1, on Monday became the fifth member of the 17-nation eurozone to seek a bailout - for its ailing banks - from the EU's recently established rescue fund, the European Financial Stability Facility (EFSF).

Merkel has in recent weeks insisted on "more Europe, not less Europe" - similar to calls by European Commission head Jose Manuel Barroso - but she has said that "guarantees and controls must go together."

Analysts say France and Italy object to close EU vetting of national budgets, because they don't want Germany to have a say in their budgets. 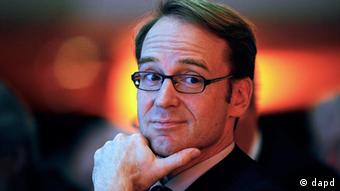 The head of Germany's central bank, the Bundesbank, Jens Weidmann, told the Süddeutsche Zeitung newspaper it would be a mistake to rapidly introduce eurobonds.

Weidemann intimated that eurobonds could be "the final step of closer integration, but "abstaining from other steps" would endanger the eurozone.

EU treaties and the constitutions of individual EU member nations first needed modification, he said. "Attempts to cleverly wriggle past, undermine more and more trust in the future of the common currency," Weidmann said.