The leaders of France and Germany have held talks with Ukraine's new president and Vladimir Putin. The four-way teleconference comes ahead of the expiry of a cease-fire in eastern Ukraine. 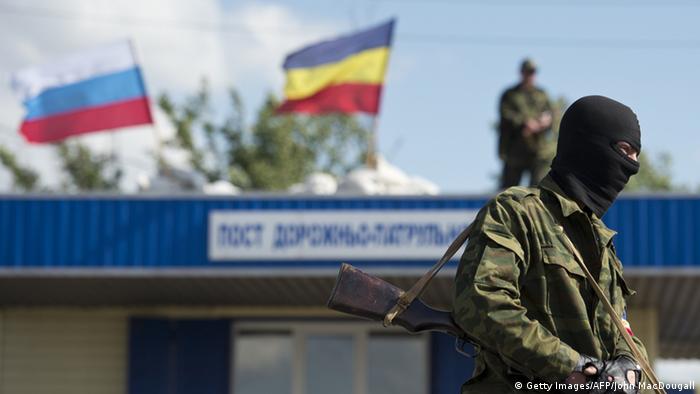 During the telephone exchange, the leaders discussed "the importance of making new concrete advances in the security situation on the ground, prolonging the ceasefire and putting in place the peace plan" presented by Ukraine's government, the French presidency said in a statement.

Poroshenko arranged the phone call with the European leaders to gauge any change in Moscow's position before Ukraine's cease-fire expires on Monday.

The leaders had been seeking a commitment from Moscow to support a long-term truce and put pressure on the pro-Kremlin rebels to stop the uprising that's claimed 450 lives in eastern Ukraine.

Without a visible shift in Russia's policy, the EU and US said they would consider implementing stronger sanctions against the country on Monday.

The phone call follows the release of four monitors from the Organization for Security and Cooperation in Europe (OSCE) in Donetsk on Saturday, after Putin pressured the rebels to meet Kyiv's peace terms.

The captives were freed a day after Poroshenko signed a landmark trade deal with the European Union in Brussels. While their release has been celebrated as a step forward, there have been reports of continued clashes near Ukraine's border with Russia.

Despite the cease-fire, three members of the Ukrainian military were killed near Slovyansk on Saturday. News agency AFP has reported that there were two rebel attacks in the same area again on Sunday morning.

Kyiv is demanding Russia put pressure on the militias to put down their weapons, relinquish the border crossings they control, and implement a long-term cease-fire.

German Foreign Minister Frank-Walter Steinmeier said the current cease-fire "is a positive sign but it is only the start of a process."

"The weapons must be silenced in a lasting way to give negotiations a chance of succeeding," Steinmeier said.

EU leaders have warned Russia that it could face fresh sanctions against its economic and defense sectors - on top of existing asset freezes and visa bans on certain individuals - if there was no change in its policy in Ukraine.

Russian Minister of Economic Development Alexei Ulyukayev said further restrictions on the financial sector could seriously impact the country's stalled economy. He said they were preparing for different scenarios - the less severe one presumes sanctions on "luxury products, caviar, furs, etc.," while the worst "includes the whole complex: metals, fertilizers, oil, gas, and so forth, taking into account prices and volumes," he said.

In this case, "economic growth rates go seriously into the negative," he told the Rossiya channel.

Moscow is also assessing how it will be affected by Ukraine's new trade agreement with the EU. Russian and EU ministers have agreed to meet in July to discuss how Moscow's concerns could be addressed.