Merkel: Germany is becoming a 'country of immigration'

A number of crises have driven people to seek refuge in Germany, prompting backlash from worried citizens. Now Chancellor Merkel is calling on them to welcome the diversity, saying Germany is a "country of immigration." 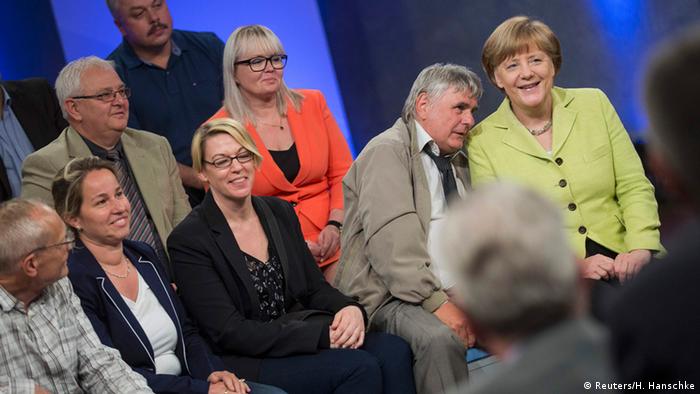 Germany received more than 200,000 requests for asylum in 2014, with the country taking in nearly 800,000 migrants. The number is expected to be even more this year.

Speaking to citizens in a conference on the quality of life in Germany on Monday, the Chancellor Angela Merkel said she would like to work for a culture that would be more welcoming towards refugees.

"There is something enriching if someone wants to come to us," Merkel said at the townhall-style meeting. These people needed to feel at home in Germany and it's important that they can work, she added.

Merkel also emphasized the need for concrete job offers for refugees from Africa, especially in professions where there was a demand for more skilled workers. 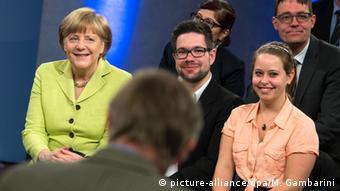 People with qualifications would not need to apply for asylum, Merkel said.

Sixty individuals from German society were chosen to participate with the chancellor in a citizen dialogue called "Living well in Germany." The conference offered opportunities for voters to speak to the leader about laws and politics in the country.

According to Merkel, the citizen dialogue is to be evaluated by researchers and continued in the second half of the year, with the results compiled in the form of "indicators for the quality of life." The government then plans to formulate an action plan to implement suggestions.

Germany's doors are 'open to the world's talent'

In its 2015 annual report, the Expert Council of German Foundations on Integration and Migration (SVR) assesses Germany’s transformation to a modern immigration country. (28.04.2015)