The influx of immigrants arriving in Germany in the first sixth months of 2014 increased by 20 percent on the same period last year. The number of people deported has also reached an eight-year high. 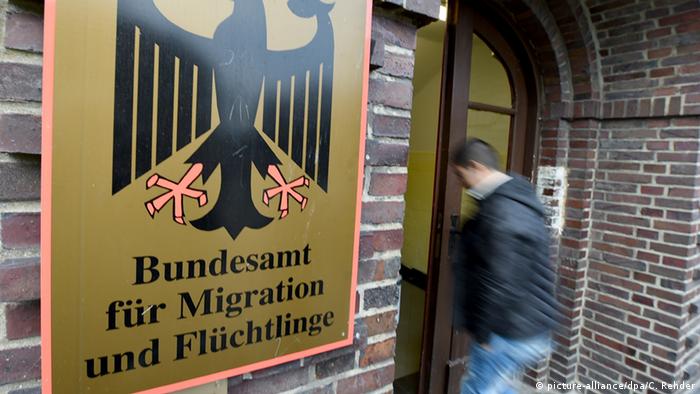 For the fourth time in a row, the number of registered immigrants arriving in Germany in the first six months of the year increased in 2014, according to Federal Statistics Office.

During the same six months of 2014, 427,000 people also emigrated from Germany - an increase of 22 percent over 2013. As a result, the figures accounted an increase in net migration of 17 percent.

German politicians are currently grappling with how best to handle the surge in immigration. Earlier this month, Thomas Oppermann, the parliamentary leader of the Social Democrats (SPD) in the Bundestag, called for the introduction of a points system similar to that used in Canada. The system functions as a basis for recruiting skilled immigrants from around the world.

Others have disagreed, however, arguing that a points system would result in more bureaucracy and that the current "demand-orientated system" already works.

The Statistics Office said the sharp increase in immigration from Romania and Bulgaria was likely due to the countries' right to free movement of workers coming into effect at the beginning of 2014. Croatia joined the EU in 2013.

Similarly, immigration from Africa increased by 51 percent and from Asia by 37 percent. The civil war in Syria also result in an increase of 242 percent in the number of Syrian immigrants to Germany, with 22,000 people fleeing the war-torn country.

On Thursday, the German daily Neue Osnabrücker Zeitung also reported that last year saw the highest number of people deported from German in eight years, with a total of 10,884. The number of deportees peaked at 13,894 in 2006.

Germany also saw the largest influx of asylum seekers since the beginning of the 1990s last year. In total 202,834 people applied for asylum - around 60 percent more than in 2013.

The country's Federal Office for Migration and Refugees said it estimates the number will rise again by around 50 percent in the coming year, taking the figures to at least 300,000.

In Germany, there are currently more than 100,000 people whose asylum has been rejected but for various reasons have not been deported.

The government wants to provide them with the chance of a more secure right to stay if they live here for several years, have sufficient knowledge of German and can largely support their own livelihoods. At the same time, however, several new tough measures are set to tighten the right to residency.

Disaffection with the political system appears greater in the former East German states than their western counterparts. Reunification wasn't easy, says the government's representative for the old GDR. (19.02.2015)

In view of the current mass exodus from Kosovo, German Chancellor Angela Merkel has called for a fair distribution of asylum seekers within the European Union. (14.02.2015)

German politicians at odds over how to regulate immigration

Politicians in Germany, a top destination for immigrants, are grappling with how best to channel the surge. A points-system like that in Canada might be the answer, some argue. (02.02.2015)