Merkel calls for more unity across EU after 'difficult' year

German Chancellor Angela Merkel highlighted some of the major challenges and themes of the past year ahead of an upcoming EU summit. She said that Europe had weathered a "turbulent and very difficult year." 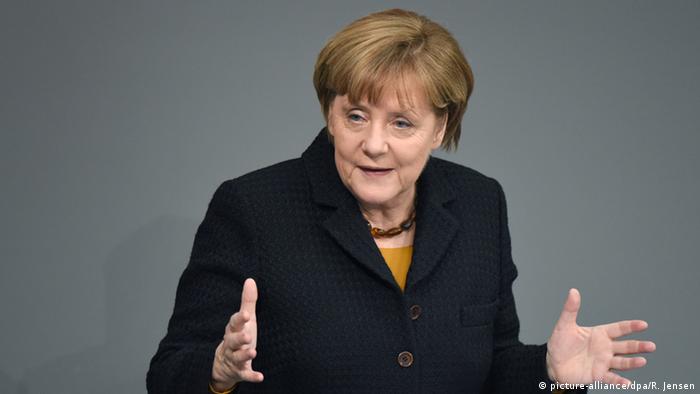 German Chancellor Angela Merkel addressed parliamentarians, touching on several key political subjects of the year. Merkel highlighted a number of hurdles that the European Union had faced in the past 12 months, such as Greece's debt problems, the refugee influx and climate change.

"We have witnessed Europe's cohesion being put to the test on several occasions," Merkel said in the Bundestag, the lower house of parliament, adding that Europe was able to meet further challenges with "the willingness and ability to compromise and show solidarity."

Syria and the 'Islamic State'

The chancellor said that the November 13 attacks on Paris had demonstrated Europe's need to work together in order to fight "global threats against peace and security," referring in particular to the self-styled "Islamic State" (IS) group. 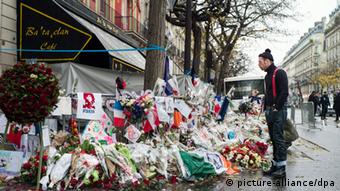 Merkel also added that EU nations had to improve communications between member states with regards to exchanging vital information in the fight against terrorism.

"We actively stand shoulder-to-shoulder with France," she said, on the day that the German Bundeswehr provided its first assistance to coalition airstrikes over IS-held territory in Syria.

Chancellor Merkel said that reaching a political solution in the civil war in Syria was pivotal to eradicating IS, also saying that Syrian President Bashar al-Assad's place in the country's future was compromised.

"Assad cannot be part of a long-term solution in Syria," she said.

Refugee crisis and the importance of Frontex

Merkel also mentioned that Turkey had become a key partner in dealing with the refugee influx across the EU fueled in part by the state of affairs in Syria.

"Turkey is the most important transit country for refugees en route to Europe," Merkel said.

Merkel defended an EU pledge of 3 billion euros ($3.27 billion) designed to help Turkey to improve the conditions of migrants there and to curb the flow of those migrating onward to seek asylum in the EU, saying it would strengthen Europe's outer borders while ensuring that its inner borders could remain open. 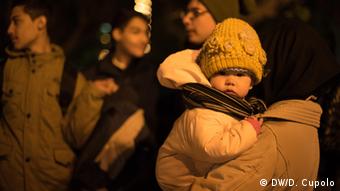 With roughly one million refugees arriving in Germany in 2015, Merkel stressed that the outer borders of the EU had to be strengthened

"No other country in Europe benefits from these achievements of having open borders and sharing a single currency as much as Germany does," Merkel said, while highlighting that EU leaders also had to focus on strengthening the EU border agency Frontex to such a degree that it could, if required, act independently in times of crisis. She said that the EU needed a permanent solution to the policing of its outer borders.

"Frontex can help us ensure a fair distribution of refugees across the EU while relieving first-arrival countries like Greece."

Keeping the UK in the European Union

Angela Merkel told her colleagues that one of the main objectives of the upcoming EU leaders' summit was to discuss the future role of the UK in the 28-nation bloc. With the UK planning to hold a referendum on its future in the EU by the end of 2017, Merkel said that she would listen to Prime Minister David Cameron's demands to help retain the country in the EU, but added that the two key principles of freedom of movement among EU member states and equal treatment of EU citizens were non-negotiable.

"The German government will campaign in favor of retaining the UK in the EU. Britain will present its demands and Germany will help Britain to achieve a mutually favorable outcome in the referendum," she told parliamentarians.

The chancellor said that she was confident with regards to the UK's role in the future of the European Union, saying that it was not just a question of ensuring that the UK would continue to profit from staying in the EU, but also also of ensuring that the EU as a whole would not lose out.

"Britain is the birthplace of modern parliamentarianism. All major EU regulations can be traced back to that British tradition. An obvious choice for an ally, Britain is part of the unique success story of Europe."