Mercedes most successful premium carmaker in 2017 | Business| Economy and finance news from a German perspective | DW | 08.01.2018

Mercedes most successful premium carmaker in 2017

German vehicle manufacturer Mercedes says it has retained its title as the world's most successful premium brand carmaker. Its booming business in China is an essential part of securing that status. 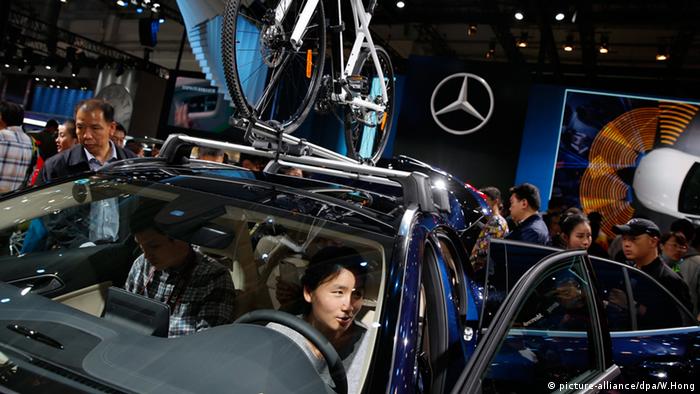 Daimler's vehicle division Mercedes-Benz announced Monday it ended 2017 with yet another annual sales record — the seventh straight record in a row.

The company's core brand sold roughly 2.3 million units in 2017, marking a 9.9-percent increase from the previous year. The company noted that there was higher demand for its SUVs and compact cars.

Daimler claimed it had thus been able to cling to its position as the world's most successful premium carmaker, after already overtaking archrivals BMW and Audi in 2016.

BMW has yet to provide full-year sales figures for last year. But according to statistics released towards the end of 2017, the Munich-based company trailed Mercedes by some 200,000 units at the end of November, a gap thought to be impossible to plug within just one month.

Daimler hopes to expand its current lead by pumping huge resources into the development and manufacturing of electric cars. This is becoming increasingly important strategically, with China introducing quotas on the sale of e-cars in a bid to help fight pollution.

The trucks division of German carmaker Daimler has delivered its first fully electric lorries to companies in Europe, as the global race to mass produce the first generation of "green trucks" heats up. (14.12.2017)