The 21-year-old man who set himself alight inside a bank, injuring 26 bystanders, was a member of a persecuted minority waiting for his asylum claim to be processed, community members said. 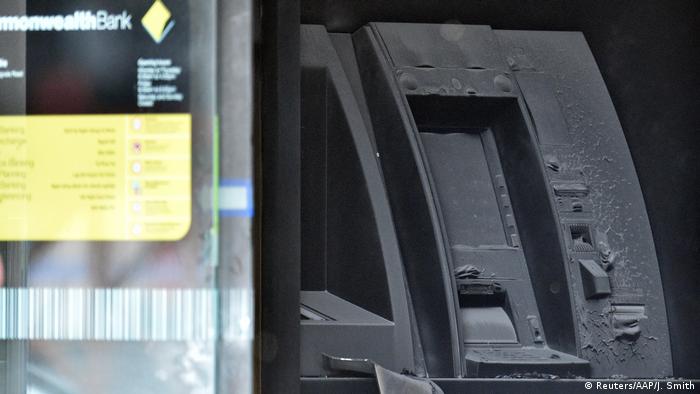 Some 22 people have been injured - some seriously - after a man set a fire inside a bank branch in suburban Melbourne. Police said it was too early to comment on a motive. (18.11.2016)

Trafficked, beaten and sometimes even killed for ransom - a new AI report examines the horrors experienced by Rohingya attempting to flee persecution in Myanmar in May this year, and warns of another looming crisis. (21.10.2015)

Australia's approach towards migrants who arrive by boat has damaged the country's human rights record, a UN special rapporteur has said. He also voiced concern that xenophobia and hate speech are on the rise. (18.11.2016)

Authorities say the suspect in Friday's bizarre fire attack remained under police guard Saturday as he recovers from serious burns after pouring gasoline into the lobby of a Commonwealth Bank branch in suburban Melbourne and setting it alight.

The still unnamed suspect was a Rohingya Muslim from Myanmar and was known within the local Rohingya community, Habib, who is a member of the Australian Burmese Rohingya Organization, told the Deutsche Presse-Agentur news agency. "It is very shocking for us, but this is not about race or religion. This is about the mental health condition of an asylum seeker," he said.

Authorities have said little about the man. But Habib, who declined to give his full name, said the young asylum seeker had arrived in Australia by boat in 2013 and was living alone in the Melbourne suburb of Springvale while he was waiting to be accepted as a refugee. Refugee advocates said he had initially been detained in an immigration camp on the Australian territory of Christmas Island in the Indian Ocean before he was relocated to Melbourne while his asylum application was being processed.

Pamela Curr, who recently retired from the nongovernmental Asylum Seeker Resource Center outside Melbourne, said that Australia's Immigration Department had recently threatened to make thousands of asylum seekers financially desperate by cutting their benefits if their refugee claims were rejected. "The department is going to starve thousands of people out of the country, or so they think," she told the Associated Press news agency.

Others who knew him said the man had been struggling financially to help support his family in Myanmar with the government benefits he is paid every two weeks. Asylum seekers are not legally allowed to work in Australia.

Habib said he had been told that the man's latest benefit had not been deposited into his bank account when it was due on Wednesday and that he had returned to the bank each day in the hope of making a withdrawal. His friends within the 600-strong Melbourne Rohingya community had become concerned by the state of his mental health as years passed without his refugee claim being resolved. "This system makes all of them crazy. They're in legal limbo," Habib said.

Closed-circuit television footage showed the man walking toward the bank carrying a plastic bottle of gasoline that he had bought from a nearby gas station moments before the blaze. Acting Prime Minister Barnaby Joyce on Saturday declined to comment on the man's refugee claim. "You'd have to lose your mind to do something so cruel," he told reporters.

Rohingya are a predominately Muslim ethnic minority in Myanmar. Rights groups say they suffer official persecution, are routinely denied basic rights in the country, and are the target of attacks by security forces and militias.