McChrystal′s departure deals body blow to US Afghanistan policy | World | Breaking news and perspectives from around the globe | DW | 24.06.2010

US Afghan policy seems in disarray after the dismissal of the US commander in Afghanistan, Gen. Stanley McChrystal. That was preceded by the de facto resignation of the UK's special envoy to Afghanistan and Pakistan. 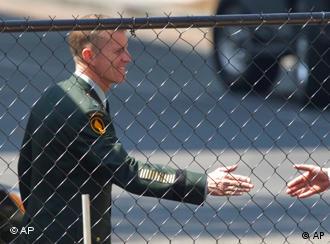 McChrystal's replacement by the commander of the US Central Command, Gen. David H. Petraeus, following a Rolling Stone article that quoted the general and his aides as making disparaging remarks about President Barack Obama and others, dominated headlines.

Yet, Sir Sherard Cowper-Coles' more discreet, voluntary departure for what the British Foreign Office called an extended summer break may prove to be equally crucial for the future of US and European policy in Afghanistan. Ironically, the departure of these two men who failed to see eye to eye on efforts to stabilize the Asian nation could help bridge growing differences between the US and its European allies with troops in Afghanistan.

The departure of McChrystal, a hard-driving special operations expert willing to articulate thoughts other military leaders keep to themselves, constitutes a defeat for critics within the US military of COIN, the counterinsurgency doctrine that defines warfare as a combined effort to defeat rebels in a failing state while winning hearts and minds by contributing to economic and social development and the creation of democratic institutions.

While McChrystal publicly pledged allegiance to COIN, a strategy authored and certain to be maintained by Petraeus, he and many of his top aides privately argued that it erodes the military ability to wage war, puts an unjustifiable claim on manpower and sets goals the United States is incapable of achieving.

"The kind of hostility that McChrystal and his staff openly displayed for US - as well as French - civilian authorities… reflects a fundamental rejection of the central and essential element without which COIN operations are bound to fail," says Judah Grunstein, managing editor of World Politics Review.

Strategy on the line

Military analysts and officials say that with Obama pledging to start withdrawing troops from Afghanistan in July of next year, Petraeus's command may well determine not only the fate of the Asian state but also of COIN. These officials and analysts argue that failure in Afghanistan would result in the demise of COIN as a key dogma of the US military.

"In the long run, the real victim of Michael Hastings's Rolling Stone article might not be General McChrystal but counterinsurgency," writes Capt. Timothy Hsia, an active duty US infantry officer in a New York Times blog.

Most European allies of the US refrained from commenting on McChrystal's dismissal. Analysts, however, said that Obama's appointment of Petraeus may be able to check growing opposition to the Afghanistan war in Europe. 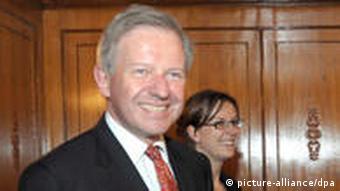 That opposition was certain to be fueled by the departure of Cowper Coles, a staunch skeptic of efforts to stabilize Afghanistan with military force and an advocate of negotiations with the Taliban. Britain's conservative-liberal government took office two months ago saying Afghanistan was its top foreign policy priority. The government has since made noises about withdrawing its 9,500 troops but has yet to suggest a timeframe.

"As soon as they (the Afghans) are able to take care of security for their own country, that is when we can leave," Prime Minister David Cameron said earlier this month. More immediately, Petraeus will have to find a replacement for some 2,000 Dutch troops, who are leaving Afghanistan this summer after opponents to the war toppled the Dutch government and forced elections.

Cowper Coles, an outspoken, Arabic and Pashto speaking, Oxford-educated diplomat with a track record in Central Asia and the Middle East, was often at loggerheads with McChrystal, US special envoy Richard Holbrooke and NATO's top civilian representative in Afghanistan Mark Sedwill, who like Cowper-Coles is a past British ambassador to Kabul.

Cowper-Coles favored continued UK support for the US, but reportedly told a French diplomat, according to a leaked French diplomatic cable published by French satirical weekly Le Canard Enchaîné, that "we should tell them that we want to be part of a winning strategy, not a losing one." His views are widely shared by officials of those European allies of the US with troops in Afghanistan as well as by Pakistani officials who say his departure as a key interlocutor with whom they could communicate is certain to be felt.

European officials said Cowper-Coles' position had become untenable as a result of the differences of opinion over strategy in Afghanistan. Cowper-Coles is also believed to have sparked Afghan President Hamid Karzai's ire by describing the Afghan leader as ‘incompetent' and calling privately for his removal.

Cowper-Coles is quoted as telling European colleagues that "foreign forces are ensuring the survival of a regime which would collapse without them."

European diplomats said Cowper-Coles' absence at an international conference on Afghanistan scheduled to be hosted by Karzai and UN Secretary General Ban Ki-Moon on July 20 in Kabul would draw attention to mounting European skepticism about the course of the war. The conference is a follow-up to a meeting in January in which Karzai won international support for his plans to integrate Taliban fighters who renounce violence into the Afghan armed forces.

In advocating negotiations with the Taliban, Cowper-Coles effectively recognized the key role Pakistan would have to play in prodding the Taliban into peace talks given Pakistan's support for Islamist militants in a bid to counter Indian efforts to gain influence in Afghanistan and defeat insurgents in Kashmir. 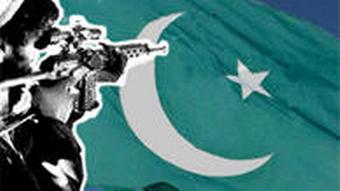 "The Afghan Taliban continue to be important to Pakistan because events in Afghanistan have not gone Pakistan's way," concludes a just published Rand Corporation study funded by the US Air Force. The study, "Pakistan: Can the United States Secure an Insecure State?," notes that the US supported Afghan warlords hostile to Pakistan who had been trained by India and that the Karzai government has given India the kind of access in Afghanistan that it had been refused under Taliban rule.

More than ever it seems that the NATO allies must agree on a common approach in Afghanistan. Speaking to reporters in Islamabad on the day Obama fired McChrystal, British Foreign Secretary William Hague pledged "to work together on establishing security, peace safety and stability of Afghanistan."

The commander of US and ISAF forces in Afghanistan, General Stanley McChrystal, has upset the Obama administration with his criticism of President Barack Obama and his advisers. (23.06.2010)

Five German soldiers have been injured Afghanistan after militants targeted a Bundeswehr patrol in the volatile country's north. The UN says it will withdraw more foreign staff after receiving threats from insurgents. (21.06.2010)

The NATO defense alliance finished its latest summit in Brussels knowing that it needs more military staff who can train Afghan security forces. But how is it going to provide them? (12.06.2010)