The mayor of Greece’s second-largest city, Thessaloniki, was treated in hospital after he was beaten up by nationalist extremists. Mayor Boutaris had been at an event commemorating the killing of ethnic Greeks by Turks. 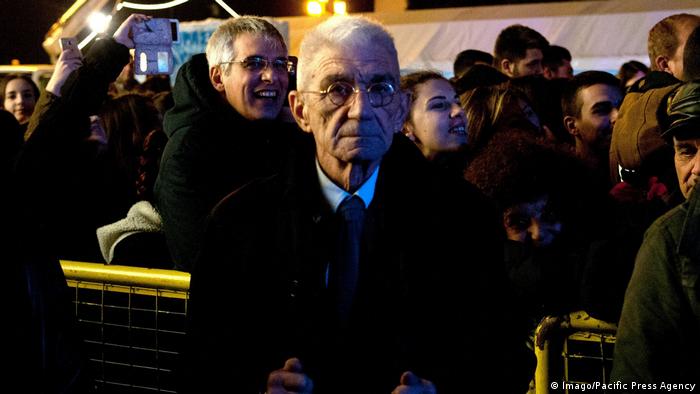 Boutaris was being escorted from an event that commemorated the massacre of Black Sea Greeks, when members of the crowd turned violent.

Footage showed the 75-year-old Thessaloniki mayor being heckled by dozens of people as he left the event on Saturday evening. Bottles were thrown at Boutaris, who is known for his strong anti-nationalist stance, before he fell down and was kicked and punched in the head and legs.

"They were hitting me everywhere. Kicks, punches, the lot," Boutaris told state agency ANA Sunday. "It was a despicable attack, but I am well."

Some attackers tried to smash the window's of Boutaris' car as he was driven away.

The Greek government and all parliamentary parties, except for the far-right Golden Dawn, condemned the attack and called for those responsible to be brought to justice.

Greek police said on Monday that they had arrested four suspected far-right extremists in connection with the assault.

A controversial figure in Greek politics, Boutaris has often upset nationalist hardliners with conciliatory statements about Macedonia and Turkey.

Boutaris once hailed the founder of the modern Turkish state Kemal Ataturk as a "great leader." He also made placatory statements about the use of the name Macedonia by Greece's northern neighbor, the Former Yugoslav Republic of Macedonia.

Thessaloniki lies in the region of Macedonia and Thrace, and has been the site of clashes between nationalists and leftists in recent months.

The attack took place as Boutaris was attending a flag-lowering ceremony to mark the "Pontic Genocide" of Greeks by the Turks during and after World War One.

Some of the crowd shouted "traitor" at him, before the situation escalated out of control.

The main opposition, leftist party New Democracy, said the "perpetrators of [Saturday's] fascist attack by those who exploit the idea of motherland must be arrested immediately."