May shapes German imagination 100 years on

On the 100th anniversary of Karl May's death, the maverick author still has a solid fan base in Germany. He is famous for his remarkable depictions of the American frontier that captured the fantasy of an entire nation. 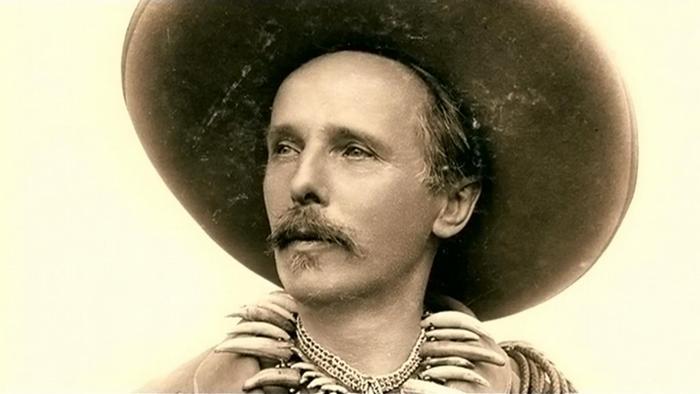 Of the many influential German authors active during the 19th century, Karl May isn't exactly the first who comes to mind. He's not known for the conception of any philosophical systems like Hegel or Marx, nor did he ponder the meaning of life with poetry like Goethe or Hölderlin.

Quite contrary to the "brooding" writers who characterize that time period in Germany, May's works were intellectually undemanding: Between 1874 and his death in 1912, he wrote scores of adventure novels set in exotic places around the globe including the American Wild West and the Orient.

But despite this lack of notoriety abroad, and the fact that May is often scoffed at in Germany as a "simple novelist," he remains one of the most widely read authors in the German language - and one whose influence within the country's public consciousness is anything but narrow.

You can gain a sense of May's unrelenting popularity in Germany from the sheer number of fan clubs that meet regularly here around the country. At the "Karl May Society" in Leipzig alone, often over 50 members attend meetings - complete with lectures from literature professors - to discuss aspects of the author's life and work.

One of those members, Jenny Florstedt, said on the occasion of the group's 250th meeting in Leipzig that she was fascinated above all by May's "imaginative narrative": 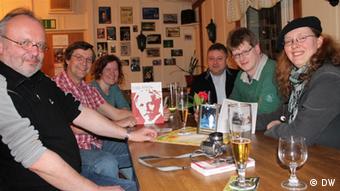 Leipzig's Karl May Society has met 250 times over the years

"It's kind of like reading the German version of Sherlock Holmes," Florstedt told DW, adding that "[May] creates another world, and you can go in and ride with his heroes in another country, in the plains … It's a chance to leave the world you find here."

Werner Geilsdörfer, an internationally recognized May commentator who gave a lecture at the 250th meeting, added that May's romanticized depiction of the Wild West - though never having been there when he wrote his novels - essentially shaped the way Germans view the American frontier.

"Without Karl May we, the Germans, would all see the Wild West and the nascent developments in the United States in a different light. And this vision has been passed down through the generations. If you see a young girl or boy here today dressing up as a cowboy or Indian, you have a good idea where it's come from."

As bizarre as it may seem, it's not all that rare to see German children dressed up as American Indians or Cowboys during Carnival, which is celebrated primarily in western German cities.

In eastern Germany, where May comes from, there are "Karl-May-Festivals" every year that feature theatrical presentations of his novels. This has become an institution for many German families, one where children of all ages can enter the fantastical worlds of Winnetou the Apache chief and Old Shatterhand the heroic cowboy - two of May's most famous characters. 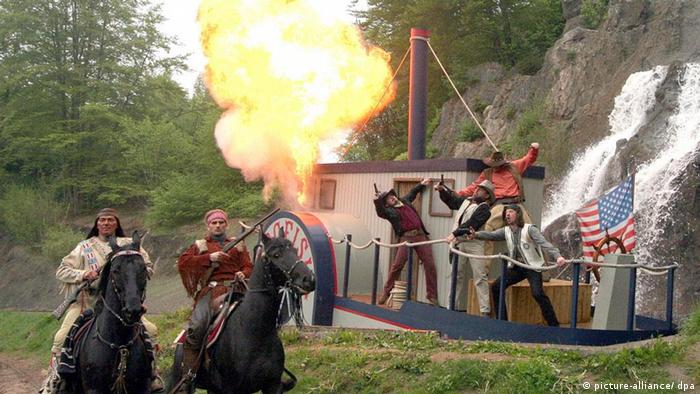 Winnetou and Old Shatterhand (left and right on horseback, respectively) are perennial favorites at the festivals

One of the overarching themes at work in May's novels - from "The Treasure in Silver Lake" to the three-part "Winnetou" and "Old Shatterhand" series - is that good always triumphs over evil. And more often than not, the good - embodied by May's heroes - is represented by American natives and their white "brothers" in the fight to rid the West of misdeeds and immorality.

"He quite clearly engendered a sympathetic feeling, or emotion, towards the American Indians, and he did so in a very emphatic, personal way," said May translator Marlies Bugmann, who is currently working on a new English translation of "The Treasure in Silver Lake."

And while the "overall picture" of May's depiction of the American frontier is essentially correct - including the "influx of white immigrants, the push westwards, the marginalization of the native population" - Bugmann added that the actual details of his stories are heavily romanticized.

"By bringing the plight of the Native American people to the German readers in a very colorful, emotional, personal narrative, he struck a chord within the soul of his readers. Hence, you could say that Germans after reading May's works approach the 'Indians' as brothers." 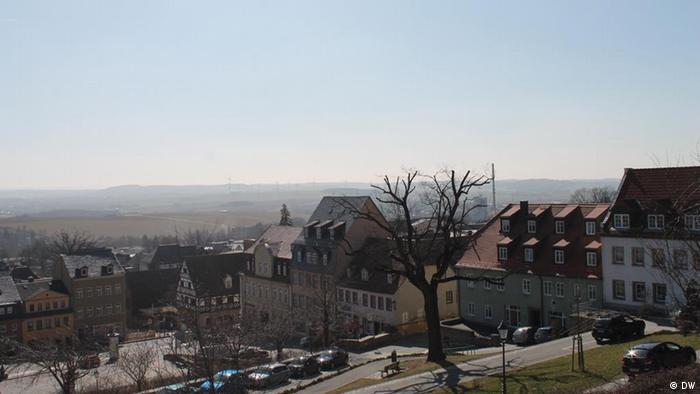 May developed his empathy for the downtrodden and lawlessness in general early on in life, after incidents of petty theft led to repeated failed attempts to become a teacher. He then landed in a penitentiary for further theft convictions, but it was here - after befriending the prison librarian - that he was introduced to literature that he later used to form his depictions of the American frontier.

His descriptions were based on published diaries and travel logs of American explorers, which included John W. Gunnison, John C. Frémont and Josiah Gregg, among others. Still, the stories that he created against the backdrop of these travel logs are seen by critics and supporters alike as a product of May's remarkable imagination.

Take an audio voyage into the heart of Karl May country

On the 100th anniversary of his death the town where Karl May grew up and where he wrote his first books about the American West has launched a special exhibition detailing the author's life and work. Visitors to the "Karl-May-Haus," a timbered 17th century weaver's house that has been remade into a museum, can see firsthand where he dreamt up his visions of Winnetou and Old Shatterhand on the Great American Plains.

To a certain extent it's here, in the rolling green hills of Hohenstein-Ernstthal in Saxony, now also known officially as the "birth place of Karl May," where Germany's vision of the American Wild West was born.

Apart from his books set in the Wild West, Karl May also wrote a series of novels set in the Balkans. The works, though cliché-laden, provided colorful depictions of the region that are still alive today. (29.03.2012)

Photo gallery: Karl May - quite the character