May buys Brexit time with early UK election | Europe| News and current affairs from around the continent | DW | 19.04.2017

As British Prime Minister Theresa May secures a clear mandate from MPs to hold an early election, many are asking why she is holding one at all. Samira Shackle reports from London. 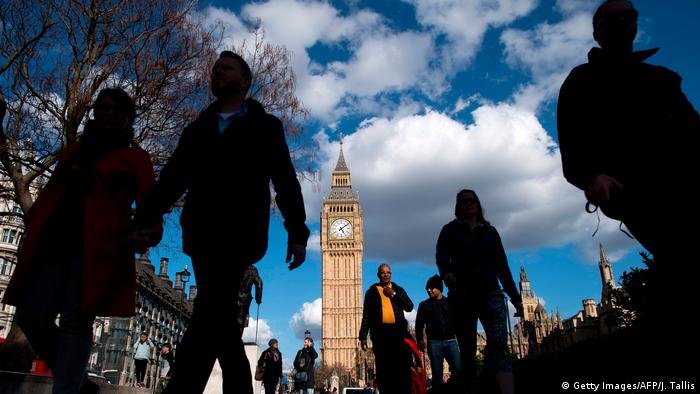 As the dust settles from Theresa May's shock decision to call a general election on June 8, many people are trying to second-guess her motives.

The next election was expected in 2020, but the Fixed Term Parliaments Act allows for one to be held earlier if two-thirds of MPs back the move.

Since becoming Prime Minister last July, May has repeatedly denied that she would hold an early election. On Wednesday morning, she told the BBC that "no politician wants to hold an election for the sake of it."

Across the UK, many are asking one question: why hold one at all?

"There are three explanations," says Matthew Cole, lecturer in history at Birmingham University. "The first is the one May's given us - that she needs to tackle 'obstructionism' in parliament, though this isn't plausible as she hasn't been defeated in parliament. The second is simple electoral cynicism. The third is that she wants to buy more time after the 2019 deadline for Article 50. She doesn't want to be bound to being held accountable in a general election in 2020 with negotiations most likely still incomplete. Whichever explanation it is, it's a shrewd and forward-looking decision."

The Article 50 deadline in 2019 is extremely tight for complex negotiations, with deliberation time already eaten into by German and French elections before a British election was added to the mix. "It's an open secret that 2019 is merely going to be a staging post in any departure, which became somewhat more open yesterday," Cole told DW.

Although opinion polls have been notoriously unreliable in recent years (predicting a win for the Remain camp in last year's EU referendum), the current evidence available suggests that May will increase her majority substantially.

"This election announcement makes clear that the prime minister feels the opportunity to strengthen not just her party's, but also her own mandate as they seek to push forward with Brexit is simply too lucrative to pass by," says Sophie Gaston, head of international projects at the left-leaning think tank Demos. "The damage the Labour Party is almost certain to endure at the ballot box under [party leader Jeremy] Corbyn will further diminish the opposition forces to a 'hard Brexit.' But it also threatens to fundamentally erode the political counter-balance that had kept British politics in the center ground for so many years before the referendum."

Read: Post-Brexit, the hard work begins now for the UK

Britain's tabloid media, which has strongly supported Brexit over the course of many years, was jubilant on Wednesday. The Daily Mail's front page headline called for May to "Crush the Saboteurs" while the Sun called for "Blue Murder" (referring to the Conservative's color).

"The problem this raises is that it's an attempt to shut down a debate which nobody has managed to shut down for 40 years," says Cole. "The European debate doesn't go away, like water it always finds a way. It's understandable May wishes to have as strong a hand and as obvious a level of support from her own country as possible. The fact is there comes a point at which the desire to silence the opposition does more damage than the opposition would have done." 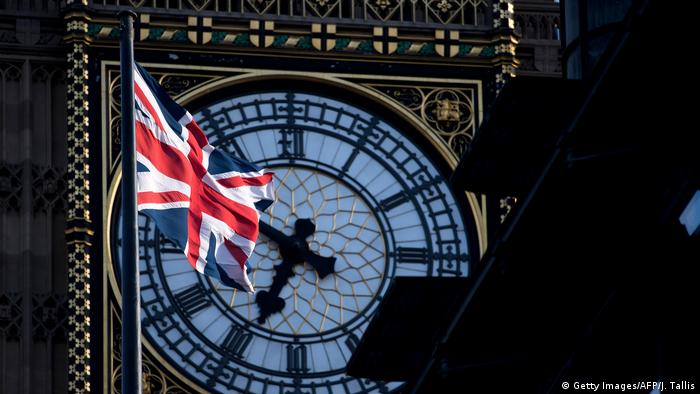 The clock is ticking on several fronts

Of course, as with any public vote, May is taking a gamble. "The election carries bigger risks than it might seem. Polls in Britain are rarely very accurate and it is hard to work out how support will translate to seats in Britain's 'first-past-the-post' voting system," says Tom Follett, senior policy and projects manager at the independent think-tank Respublica. "Looking back at the elections of the past few years, voters are often not doing what is expected of them."

Among the many unpredictable factors in this election is the role of the smaller parties. The Liberal Democrats, who currently have only nine MPs, are seeking to drastically increase their share of the vote by fighting on a strongly anti-Brexit platform. "The Liberal Democrats are the uncertain factor, and could take anywhere from a few more seats, to enough to remove the government's majority," Follett told DW.

In a TV vox pop that went viral yesterday, a woman called 'Brenda from Bristol' complained that there was "too much politics." It is a distinct possibility that voters, suffering from election fatigue after last year's referendum and the 2015 general election, will not turn out in high numbers.

"As ever in this strange new political landscape, there are no known known's - but you'd be a brave pundit to place a bet on any other outcome than a powerful victory for the prime minister on June 8," said Gaston.