Mattis aiming to reaffirm US alliance with Japan and South Korea | Asia | An in-depth look at news from across the continent | DW | 31.01.2017

Mattis aiming to reaffirm US alliance with Japan and South Korea 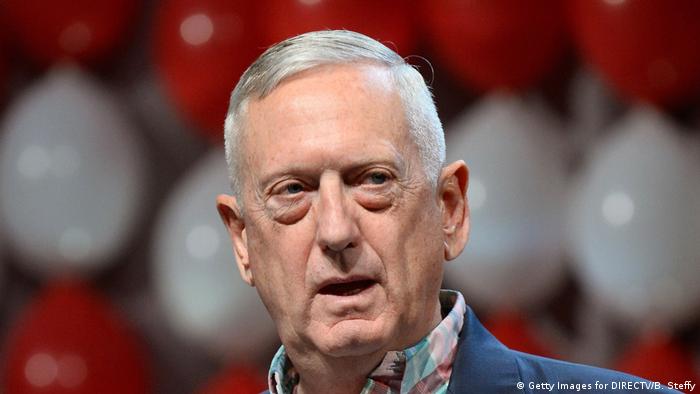 US President Donald Trump was able to initially allay the worst fears about his country's new "America first" policy regarding two longtime Asian allies during phone calls with South Korean President Hwang Kyo-ahn on Monday and Japanese Prime Minister Shinzo Abe on Saturday. Trump pledged US support for Seoul while speaking with Hwang, and reiterated the Washington's "unshakable" security commitment to Tokyo while speaking with Abe.

While South Korean and Japanese concerns about a US pivot away from Asia appeared to be allayed, as far as is known, Trump did not retract criticisms leveled against the two countries during last year's presidential election. At the time, then-candidate Trump threatened to pull out US troop contingencies if the host countries did not pay for their deployment. Moreover, Trump suggested that South Korea and Japan should acquire nuclear arms rather than depend on US protection. Trump's withdrawal from the Trans-Pacific Partnership (TPP) seemed to underscore Washington's new Asia policy. The trade agreement was largely seen as a bulwark against China. 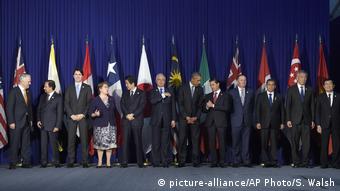 Trump pulled the US out of the TPP, but Mattis aims to make assurances that won't impact military alliances

The new Secretary of Defense, James Mattis, a former Marine general, will travel to South Korea on February 2 and Japan a day later in an attempt to restore shattered confidence in the US security alliance with both countries. US security expert Alex Ward of the Brent Scowcroft Center on International Security, part of the Atlantic Council think tank, spoke of Mattis having to embark on an "apology tour" for all of the things that Trump said during the presidential campaign. The 66-year-old former military man showed himself to be a strong proponent of the US-Asian alliance during Senate confirmation hearings on Capitol Hill, calling the region one of his "highest priorities."

On Tuesday, Mattis spoke with his South Korean counterpart Han Min-goo via telephone and reaffirmed the US commitment to building the controversial THAAD (Terminal High Altitude Area Defense) missile defense system in the country. Former president Barack Obama's administration originally decided to move forward with the project, which is intended to protect South Korea against the threat of North Korean medium and long-range missiles. However, China sees the system as a direct threat to its own security due to the its far-reaching radar capabilities.

North Korean rockets at the top of the list 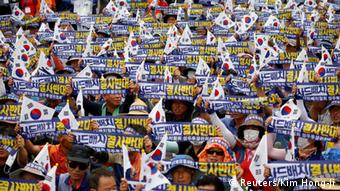 The THAAD system, set to be deployed in South Korea, has drawn fierce criticism

The topic of North Korea will be at the top of Mattis' agenda during his visits to Seoul and Tokyo. At the beginning of 2017, North Korean leader Kim Jong-un announced upcoming intercontinental ballistic missile test launches, alarming his neighbors. Last year the government in Pyongyang tested two nuclear bombs and launched more than 30 rockets, which in turn brought a tightening of United Nations sanctions.

"Mattis' decision to travel to South Korea on his first trip abroad sends a timely and serious message to North Korea," said South Korean Defense Minister Han ahead of the visit. On Thursday Mattis will meet with Han and acting South Korean President Hwang. Still, resistance to the THAAD sytem remains strong. Several opposition politicians have demanded that any decision on the deployment be put off until impeachment proceedings against President Park Geun-hye have been concluded. 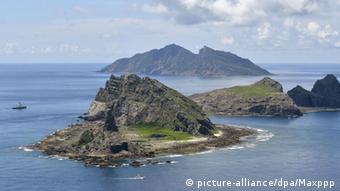 Beijing has also made its opposition to THAAD known by imposing an import ban on things like South Korean cosmetics, canceling pop concerts by South Korean stars in China and conducting tax and hygiene tests on department stores operated in the country by the South Korea's Lotte Group. The conglomerate has said that it intends to make one of its properties in southern South Korea available for the installation of the THAAD system. The sanctions are giving South Koreans a taste of what a potential trade war between China and the US might mean for them, and is thus garnering much attention.

On Friday Mattis will meet with Japanese Defense Minister Tomomi Inada, Foreign Minister Fumio Kishida and Prime Minister Abe. The Japanese side is hoping for a confirmation of the existing security alliance with the US. At the same time, Tokyo intends to point to their own efforts within the alliance. For the last four years, the country has increased defense spending as well as taking over some $2 billion (1.9 billion euros) in annual payments for US troop deployments in the country.

"We are an equal partner," said Tamaki Tsukada, Japan's US Embassy spokesperson in Washington, during an interview with broadcaster CNN.

Japan is familiar territory for Mattis: He spent several years stationed there as a Marine infantryman early in his career.