'Math is the sexiest science around'

Benedikt Wirth, among Germany's most renowned mathematicians, just received a German research award to the tune of one million euros. He talks to DW about the usefulness of math, chalkboards (really), and organ shaping. 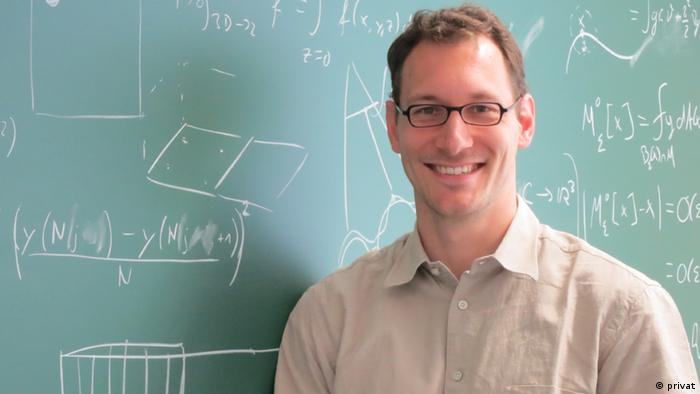 DW: Many people imagine mathematicians as a greasy-haired, corduroy-jacket wearing nerds. Why is math perceived as so unsexy?

Benedikt Wirth: I think you're asking the wrong person [laughs]. For us mathematicians, mathematics is certainly very sexy - the sexiest science around! I think the bad reputation comes from experiences in school. Math can be quite difficult, so many pupils do poorly in this subject. I believe this gets transformed into general discontent, and an aversion to mathematics.

So, did you do well in math in school?

Yes, I was good at math. It was a lot of fun for me. If you really understand math, it's so much fun. At its core, mathematics is like the puzzle pages in magazines - just with a larger technical vocabulary.

The Alfried Krupp Sponsorship Award for young university teachers comes with a prize of 1 million euros ($1.3 million). Do you find this to be a burden?

Personally I don't see that as a burden, not at all. On the contrary, I'm quite satisfied with that. It should really open some doors. I would have to be seeking out funding in any case. Without the prize money, I'd have to be searching out other funding that comes with certain strings attached. Of course, winning this prize raises people's expectations of me. But I truly hope that the topics the doctoral students and I will concern ourselves with will yield many interesting insights.

In school, one often hears the phrase, "Math isn't useful in day-to-day life." What's your reaction to that?

Actual mathematics is not directly used in daily life very frequently. However, mathematics is behind almost everything we use on a daily basis. So in that sense, we do use math every day, even if not everyone is aware of it.

In your daily life as a professor and researcher, do you still use the good old blackboard? 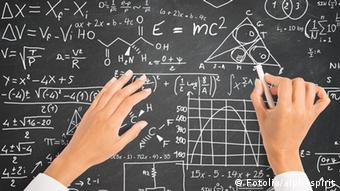 Yes, I do use my good old blackboard. In my office, I even had a great big board set up, which I use with others or alone to work through some ideas. Even now, as I'm looking at the board, I see it's completely covered with writing.

You're currently researching the idea of form - whether in the life sciences or engineering. Which forms, exactly?

In engineering that's mainly building components that bear forces, that establish magnetic fields or have to conduct heat.

That's also transferable to the life sciences. You could ask the question: Why are bones shaped the way they are? What do boundary conditions for optimal forms look like - conditions that a bone must fulfill?

Other forms we look at are either in everyday life, or medicine, or biology. With that, it's about mathematically describing and analyzing forms. The analysis can be put in the computer, which allows us to recognize forms or variations in forms automatically. This could be used in robotics.

In medicine and biology, one can gain relatively a large amount of evidence as to the health condition of a certain organism or organ based on the forms of organs, cells or blood vessels. If that process could be automated with the help of a computer, that would of course be good.

Benedikt Wirth works as a professor and researcher at the University of Münster. In June, he received the Alfried Krupp Sponsorship Award for young university teachers for 2014. The award of one million euros recognizes junior academics and is designed to provide financial independence for further research.

Young German entrepreneurs and brothers Maxim and Raphael Nitsche have said they want to make math education accessible to everyone. Their solution? An app that lets students easily break down complex problem solving. (10.10.2014)

Iranian Maryam Mirzakhani, who teaches at Stanford University, is the first woman to be awarded the Fields Medal. The award is widely seen as mathematics' equivalent to the Nobel Prize. (13.08.2014)