Iranian Maryam Mirzakhani, who teaches at Stanford University, is the first woman to be awarded the Fields Medal. The award is widely seen as mathematics' equivalent to the Nobel Prize. 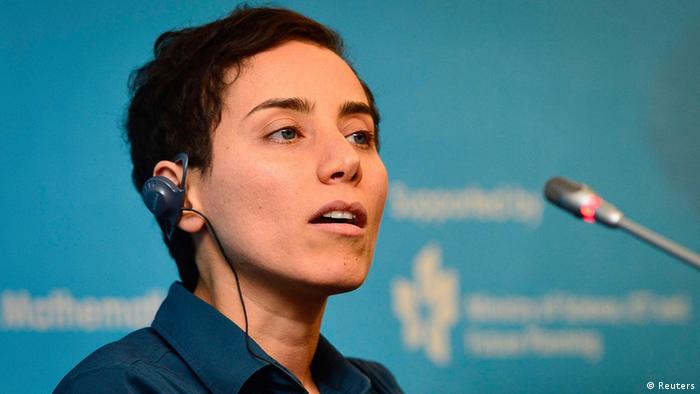 Iranian professor Maryam Mirzakhani on Wednesday became the first woman to be awarded the Fields Medal since the prize was established in 1936.

"This is a great honor. I will be happy if it encourages young female scientists and mathematicians," Mirzakhani was quoted as saying on Stanford University's website.

Mirzakhani, who is from Iran and studied at Harvard before becoming a professor at Stanford University, was recognized for her work in finding ways to calculate the volumes of oddly-shaped curved surfaces.

Mirzakhani was born in Tehran in 1977 and received her PhD in 2004 from Harvard University. She is an expert in the geometry of unusual forms.

The Fields Medal is given out every four years, often to multiple winners who should not be over 40 years of age. The other three winners this year were Artur Avila of the National Center for Scientific Research in France, Manjul Bhargava of Princeton University and Martin Hairer of the University of Warwick in Britain.

There is no Nobel Prize for mathematics, and the Fields Medal is regarded as the top global award for the discipline. This year, it was handed out by South Korean President Park Geun-Hye in Seoul.

"I congratulate all the winners, with special applause for Maryam Mirzakhani, whose drive and passion have made her the first woman to win a Fields Medal," Park said.

Mirzakhani has had a passion for math since she was young. "It is fun - it's like solving a puzzle or connecting the dots in a detective case. I felt that this was something I could do, and I wanted to pursue this path," she said.

The 64th Lindau Nobel Laureate Meeting has begun, with many young scientists taking part. A speech by Research and Education Minister Johanna Wanka and greetings from space were the highlights of the opening ceremony. (30.06.2014)