Italy's anti-mafia police have struck a major blow to the Italian mob in an international sting. Rival groups were said to have worked together to make billions through online gambling. 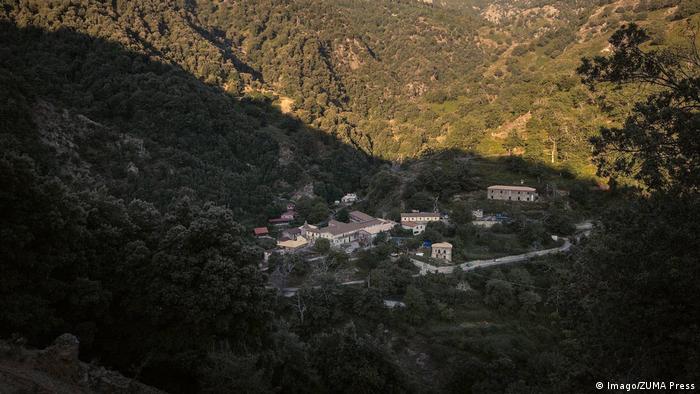 Some 800 officers were involved in the raids, which were also aided by information given to authorities by a Sicilian mobster who feared the gangs "would never have let him quit," because of their thirst for money. The man had infiltrated the mafia's online gambling operations.

Although previously rivals, the three families agreed to work together to embark on an online gambling scheme that authorities say netted them almost €4.5 billion ($5 billion). On Wednesday, authorities seized €1 billion in goods and cash in Albania, Austria, Britain, Germany, the Isle of Man, Italy, Luxembourg, Malta, Romania, Serbia, the Seychelles and Switzerland.

Federico Cafiero de Raho, the head of the Italian anti-mafia unit, explained the novelty of the new cooperation between previously rival groups: "The 'Ndrangheta and the mafias of Sicily and Puglia [Apulia] no longer exist. They are now fluid organizations that manage different businesses between them."

Cafiero de Raho told journalists: "We have an increasingly clear picture. We can see from ongoing investigations how the mafia works together in different sectors. We need to establish whether there is a fixed leadership or if the deals change depending on the territories involved."

Employed by the Italian Mafia

Secluded meetings at a mountaintop sanctuary

In the course of the online gambling investigation, prosecutors in Calabria said they also uncovered a secret meeting spot favored by the 'Ndrangheta: Our Lady of the Mountain (pictured above), a secluded Catholic sanctuary nestled in the Aspromonte mountains. The sanctuary is located outside the village of San Luca, where the organization was founded.

Apulian prosecutors in Bari said they think the Sacra Corona Unita was instrumental in facilitating collaboration between the Sicilian and Calabrian families. They added that "the younger generation made a decisive contribution to the business" by using technical know-how to help the powerful Martiradonna family break into the lucrative online gambling business.

Authorities said the groups used a number of websites to collect bets in exchange for promotion and protection. Suspects arrested in Wednesday's sting are accused of crimes such as the illicit transfer of cash, illegal online betting activities and tax evasion.

Italian state prosecutors also published pictures that some suspects had posted of themselves on social media. The photos showed the overweight mafiosi sporting Rolexes and brand new Ferraris, others featured them relaxing in bathrobes at health spas or dining in fancy restaurants.

Nicola Morra, who now heads the Italian parliament's anti-mafia commission said: "We must defeat the mafia. We must fight every illegality, every silence, as they are fertile ground for that disgusting weed that we must tear up with all our strength."