Reports indicate that the mafia relies heavily on German online gambling sites to launder money. The police are powerless in the situation due to unclear laws, which the European Court of Justice is now set to review. 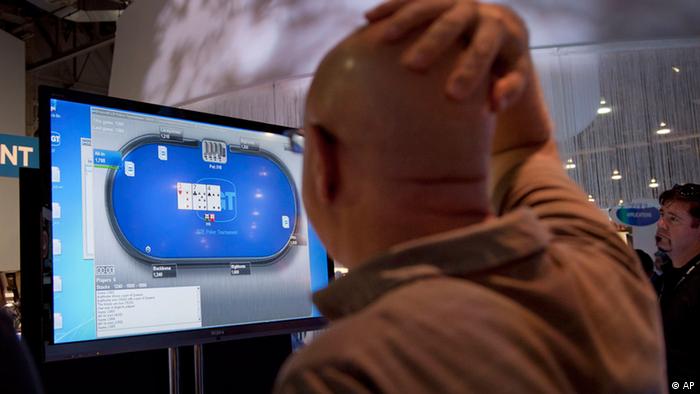 Human trafficking, forced prostitution and drugs represent huge sources of revenue for the mafia. A current UN study estimates that organized crime rakes in 2.1 billion dollars (1.56 billion euros) a year. But what use is all of that money if there's no way to put it into legal circulation? That's an essential question for the mafia, which must find ways to shuffle cash back into the legal marketplace.

"Money laundering is no trivial offense. Instead, it represents a key issue for organized crime," said University of Hamburg economist Ingo Fiedler, who has done extensive research on online gambling, in an interview with DW.

"If there were no money laundering, there wouldn't be a mafia," he added. Fiedler says that mafia bosses prefer the simplest and cheapest means of putting money earned illegally back into normal circulation, and Internet gambling platforms are just the way to do it.

Bet dirty money, win clean money back. Even money laundering on this scale is losing some of its appeal to the mafia. Ingo Fiedler sees clues that organized crime groups are now trying to buy up online betting arenas or found their own gambling sites. And the websites are often based in tax shelters with favorable privacy laws. When an online casino claims to have taken in millions, it can be difficult for authorities in other countries to verify whether that's so. 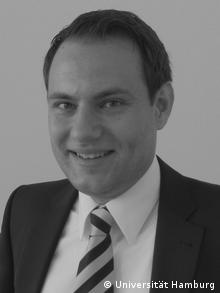 "There is no exchange of information between the countries," Fiedler said, adding, "No one can find out where the money is coming from. But it can be paid out to the casino's owners in a perfectly legal way."

However, there are signs that the Italian mafia is particularly active in German online gambling forums. In November 2012, a public parliamentary committee hearing was held in which Italian senior public prosecutor Roberto Scarpinato, known for his efforts to unmask the mafia, took questions. Scarpinato said that "unbelievable" sums of money were flowing between Italy and Germany. He added that 45 mafia whistleblowers had confessed to him that Germany is one of the most sought-after countries for money laundering, with its gambling halls and online gaming venues being favorite targets.

Swiss money laundering expert Andreas Frank attended the Berlin hearing. Shaking his head about his recollection, he said "Despite Scarpinato's striking description of the situation, I could see hardly any resonance with the politicians."

Furthermore, Frank said that there had been basically no reaction since then from the German Finance Ministry, which establishes standards when it comes to stamping out money laundering. For now, the federal government is leaving the problem to the states.

The individual German states took over responsibility for regulating gambling in 2007. That move has had significant consequences. Schleswig-Holstein in northern Germany took a bold step in January 2012 when it declared Internet gambling hosted by EU-based providers legal. A year later, the state tried to backtrack, announcing the end of its law on January 24, 2013. But the gambling licenses that had already been issued cannot be taken back from one day to the next. As such, German players are losing and winning money presently on licensed gambling platforms as well as on black-market or semi-legal sites. 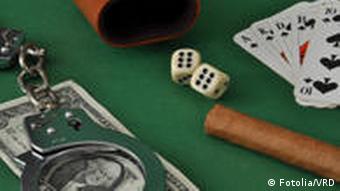 Unclear gambling laws have attracted the mafia to Germany

Andreas Frank is certain that, under the current situation, it will be nearly impossible to do much about money laundering and the mafia's activities. Further, he believes that a December 2012 addition to Germany's money laundering laws is insufficient. The recent change does nothing to address how to stop illegal forms of gambling, Frank said.

In theory, the matter sounds rather simple. Can't German authorities simply control the legal forms of online gambling while aiming to prosecute illegal platforms? That's not the case, according to Sebastian Fiedler of the Federal Union of German detectives, who said, "We do not have any criminal procedure against illegal Internet games. There are no penalties."

Due to the lack of both political will and personnel, Fiedler says the illegal gambling market is booming in Germany - while the police are forced to look on powerlessly.

Economist Ingo Fiedler points out one reason for politicians' indecisiveness on the issue: There's uncertainty about whether Germany's already confusing laws on gambling conform to EU standards. The European Court of Justice has ruled that banning gambling can only be done in conjunction with pursuing justified public interests like curbing addiction. Since Germany gave out quite a few gambling licenses in 2012 - even though doing so was limited to the state of Schleswig-Holstein - the European Court of Justice could well cast doubt on the legitimacy of the country's intentions in banning the practice.

Last week, Germany's Federal Court of Justice sent an official petition to the European court. If German laws don't stand up to European judges' scrutiny, then Germany as a whole may have to permit online gambling platforms to operate.

Money laundering as an organized crime is increasingly becoming a problem in Germany, says a new report by the Federal Criminal Police Office (BKA). But fighting money launderers has proven to be difficult. (30.10.2012)

Germany has launched a new national strategy to combat addiction. The biggest problem was and is alcohol - but new forms of addiction like online computer games or the Internet are also shifting center stage. (16.02.2012)

The pope's former butler is accused of betraying his employer's secrets, and the Vatican wants him punished. But its justice system seems to have no interest in investigating the reason behind his actions (29.09.2012)