The pope's former butler is accused of betraying his employer's secrets, and the Vatican wants him punished. But its justice system seems to have no interest in investigating the reason behind his actions 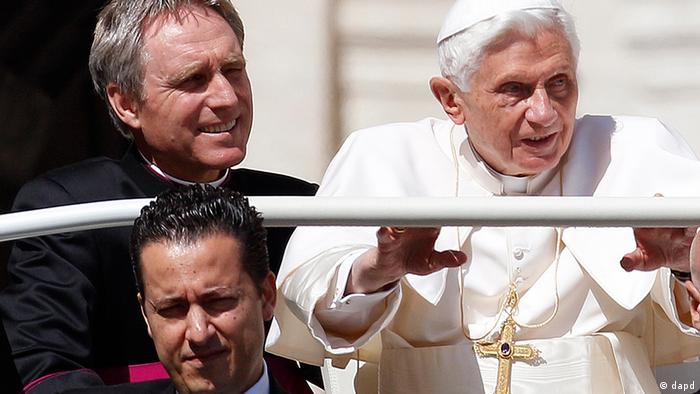 It's not often that the Vatican's court of justice is the scene of a major criminal trial. The judge and his two associates are more used to dealing with pickpockets or handbag thieves who prey on the 18 million tourists who visit the tiny city state each year.

This case, though, is different. Journalists from all over the world have flocked to cover the trial of Paolo Gabriele, formerly butler to Pope Benedict XVI, and his co-accused, a Vatican computer technician named Claudio Sciarpelletti. 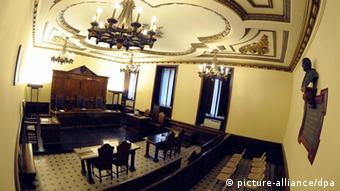 Paolo Gabriele stands accused of aggravated theft of papal property. The indictment, published in August on the Vatican's website, lists the stolen items as secret documents, and a check, payable to the pope, for more than 100,000 euros ($128,529).

The trial opened on Saturday (29.09.1012), with the judges rejecting a request by Gabriele's lawyers to include evidence gathered by cardinals who carried out an inquiry into the leaking of the documents. The court ruled that only evidence from the Vatican police and prosecutor will be admissible. The case was then adjourned until Tuesday, when Gabriele will be questioned.

Vatican spokesman Federico Lombardi told the reporters in Rome that it was unclear how long the trial would last. "It should be as swift as possible, but also thorough," he said. 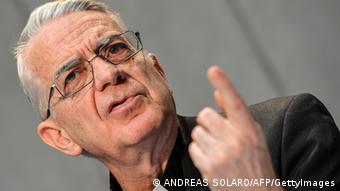 Lombardi said he wanted a quick and fair trial

The three cardinals, selected by Pope Benedict, conducted a 10-week investigation into the leaks. The trio was asked to find out whether the butler acted alone, or whether there were others behind the theft, or whether there was even a conspiracy within the Vatican itself.

The publication of secret documents from the Pope's inner sanctum has been creating an international furor, dubbed "Vatileaks," since the beginning of the year. Finally, in May, Paolo Gabriele was unmasked by the pope's private secretary, Georg Ganswein.

Italian private television broadcaster La7 has since broadcast an interview with Gabriele in which the butler explained his motivation. The interview was recorded in February, but at the time it was broadcast with pixelated images and with his voice disguised. In the interview, Gabriele claimed that he was enraged by a "wall of silence" in the Vatican. He said he didn't leak the information for money, but for a more just Church, something the pope himself wanted.

"I think it's wrong if the Church has to base itself on structures that undermine the faith," said Gabriele. "There is a great deal of hypocrisy. This is the kingdom of hypocrisy."

What exactly the butler might have been referring to when he spoke of a "wall of silence" is a question the cardinals' investigation does not answer - at least, not in the part that has been made publicly available in the form of the indictment. Prior to this, however, the cardinals presented their conclusions to the pope himself, as he is also the victim of the crime.

In the course of their investigation they interviewed a number of witnesses whose statements remained classified. Others who may have been involved in the crime are referred to in the indictment only as "B", "X" and "Y." Gabriele and Sciarpelletti claimed that they received the secret documents from these anonymous sources.

The justice system in the Vatican City State, which has only 600 citizens, is not an independent one. According to the Vatican's constitution, the pope is simultaneously head of the administration, chief justice, and sole legislator. He can appoint and fire judges as he pleases. He can also modify criminal sentences, and pardon criminals. The Vatican is an absolute, albeit elected, monarchy, in which the pope enjoys what by European standards is quite exceptional power. 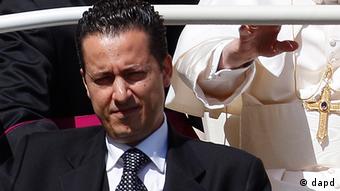 Gabriele suffered a setback on the trial's first day

Nonetheless, his spokesman Federico Lombardi has declared that the trial will be conducted in public, though only eight representatives of the media and very few other observers are being allowed into the tiny courtroom.

The Vatican's code of criminal procedure and much of its penal law were adopted from Italy. A Vatican employee has taken on the role of state prosecutor. Gabriele is being represented by an Italian lawyer. The Catholic News Agency reported that, to be on the safe side, there has already been a psychiatric assessment of the 46-year-old Gabriele which presented him as someone with paranoid tendencies and an "unstable identity."

Time in an Italian prison

The butler, who worked in the Vatican for many years, faces up to eight years in prison, a sentence he would probably serve in an Italian jail. The Vatican prison has only two cells; furthermore, it has been out of commission for years and is currently used as a storeroom. These days all it has is a detention room, where Gabriele was held in investigative custody before being placed under house arrest at his apartment in the Vatican. He has been allowed out only on Sundays to attend Mass.

A close friend of Gabriele's family told the Italian news agency ANSA that the butler was especially worried about his children. "They're under a lot of strain from all the media attention," the source said. Gabriele's wife and three children still live in the Vatican apartment.

Because its resources are limited, in the past the Vatican judiciary has often immediately called in Italian authorities to handle both the investigation and the trial of criminal cases, something Italy is contractually obliged to do. In 1981 Ali Agca, who had attempted to assassinate the Pope, was sentenced by an Italian court, as Italy is responsible for policing St. Peter's Square. The square itself is Vatican territory, but the Italian police are legally required to guard it, primarily so that they can control the hordes of tourists.

In 1998, however, it was the Vatican judiciary that undertook the investigation of the double homicide of a commander in the Swiss Guard - which protects the pope - and the guard's wife. Another member of the Swiss Guard, who subsequently committed suicide, was found to be the murderer. However, a shadow of doubt remains over the Vatican's version of events, not least because Italian agents were not allowed to participate in the investigation. The butler Gabriele expressly referred to these murders when talking about the Vatican's "wall of silence".

But according to reports in the German newspaper "Badische Zeitung," the "wall of silence" in another spectacular case has finally started to crumble. 30 years on, the Vatican has declared its willingness to cooperate in solving the kidnapping of Emanuela Orlandi. The 15-year-old Vatican citizen was abducted in 1983 and has never been seen since. Rumors persist that both the Mafia and the Vatican Bank were somehow involved. Investigations by the Vatican judiciary went nowhere. The papal spokesman has now announced that the Vatican is ready to cooperate with Italian authorities to try to solve the case.

According to the Italian media, the Orlandi kidnapping was another instance the pope's butler referred to during his interrogation.

Pope Benedict has landed in Lebanon for a three-day visit to the country. Reconciliation between religions will be high on his agenda. (14.09.2012)

The Vatican has condemned the appointment of a Chinese Catholic bishop without its approval, amid news that another newly-ordained bishop - who has the Pope's blessing - had been detained in a seminary in China. (11.07.2012)

The cover of a German satire magazine with an edited picture of Pope Benedict has triggered a broad discussion in Germany: What are the boundaries of satire? (12.07.2012)