Police have detained hundreds in India's Kerala state as Hindu hardliners tried to shut down businesses in protest over the Sabarimala Temple. Meanwhile, another woman entered the shrine of the celibate god Ayyappa. 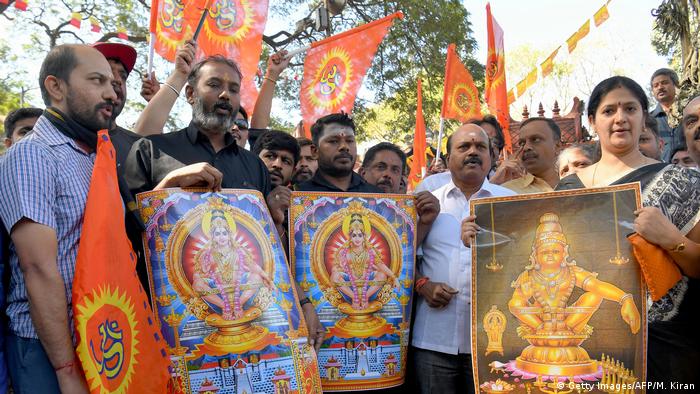 Kerala state police reported small-scale protests on Friday following a day of violence over the entry of women into the Hindu temple dedicated to Ayyappa, the god of celibacy and growth.

This week, Hindu traditionalists staged riots across the Indian state and clashed with police and rival groups. At least one Hindu protester lost his life after he was hit by a stone, reportedly thrown from a Communist party office. At least four others were stabbed.

"We have arrested 1,369 people for rioting and clashes and taken 717 more into preventive custody to stop further violence," police spokesman Pramod Kumar told The Times of India.

The protests started after two women in their 40s sneaked into Ayyappa's Sabarimala Temple early on Wednesday, defying a religious taboo which bans females of menstruating age from the shrine. On Thursday, authorities said another woman under the age of 50 entered the hilltop sanctuary. Police said the woman was a Sri Lankan national.

"She is 47 years old and came as a devotee. We were aware and watched the situation," police officer Balram Kumar Upadhyay told the AFP news agency on Friday.

India's Supreme Court declared the ban to be unconstitutional in September. However, the Sabarimala temple refused to abide by the decision, and thousands of devotees took part in watches to keep out females between 10 and 50 years of age. Many of the guardians were female.

On Wednesday, two women managed to evade the traditionalists and enter the temple through a side entrance with police protection. The move was slammed by the right-wing Hindu party BJP, which holds power on India's federal level.

The BJP supports a Kerala alliance of Hindu groups called Sabarimala Karma Samithi, which had called for protests and strikes on Thursday. Hindu hardliners tried to force shopkeepers and business owners to take part in the state-wide shutdown. 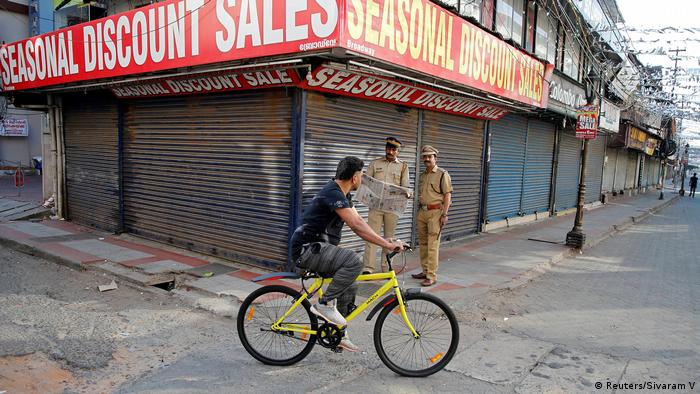 Many shops were closed on Thursday across Kerala

Speaking to The Times of India, police spokesman Pramod Kumar said there was no shutdown on Friday.

India's Supreme Court is due to hear a new legal challenge to its verdict later in January.