Traditional gender roles are no longer valid, but men are dealing with the new expectations of masculinity in different ways. From vulnerability to metrosexuality, gender is transforming. 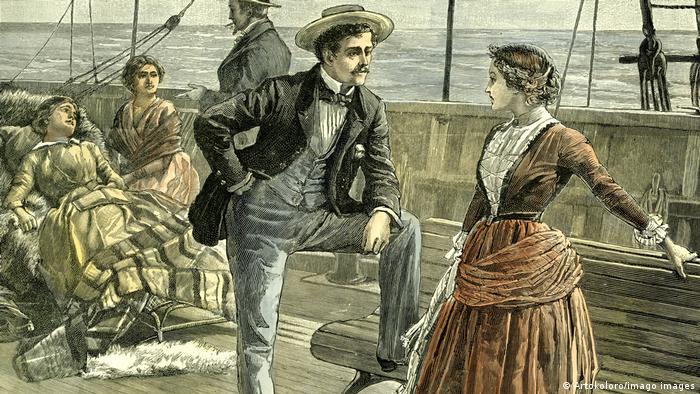 As the popular German tongue-in-cheek song by Herbert Grönemeyer goes: "When is a man a man?" Men's role in society is transforming and their social dominance is under threat; women no longer accept less pay for doing the same job as a man and demand representation in the upper echelons of politics and the economy.

Even the way we talk about gender roles is changing. After all it makes sense to use gender neutral terms to refer to professions practiced by both men and women.

Fortunately there are men who find this completely normal and long overdue while also actively supporting these demands. For many fathers it's become quite normal to play a bigger role in childcare or to take parental leave. It wasn't so long ago that this was frowned upon.

The number of men turning to psychologists or masculinity coaching is on a steady rise as men question what it really means to be a man. It seems Grönemeyer was right when he sang: "Men are so vulnerable."

A reevaluation of masculinity

This transformation has, however, led to a transformation for some. The Victorian ideals of traditional gender roles may have largely been rolled back, but social expectations of the so-called "stronger sex" have not. A man can still be expected to provide a shoulder to cry on, and he is often the family provider, even if he no longer has to hunt wild animals with a club. 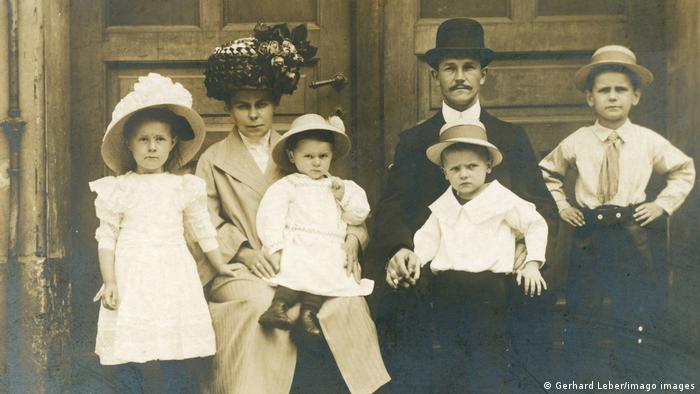 Gender roles have dramatically shifted in the past 100 years

"A fundamental reevaluation of masculinity began in the early 1970s," psychologist Stephan Grünewald explained to DW. Germany was particularly impacted by this change after two world wars. "Hard like Krupp steel — this should no longer be the dominant image of men who were now expected to be sensitive and empathetic."

There is nothing bad to be said about the person who is able to empathize with others. The modern man is also able to admit weaknesses, even flaws and defeats — unlike a certain man in Washington.

Men in a 'performance crisis'

In his book How Germany Ticks, Stephan Grünewald writes about the "performance crisis" of men. "Many men strongly define themselves according to what their partner expects, and no longer articulate their own wishes. They believe that this is how they can receive and hold onto love."

But what they get is the opposite. Grünewald's market research institute Rheingold carried out in-depth interviews which showed that women were irritated by dutiful obedience. "They complain that men are like jelly and don't stand up for anything." "Many men have a hard time articulating their own desires and ideas to their partner," says the psychologist. "Ideally, the man is self-confident and develops his own position, but he also puts it up for discussion." These personal conflicts may take effort, "but they lead to compromises and further increase sexual attraction.

The tension between productive conflict on the one hand and patriarchal, even despotic relationships on the other don't just exist in the private sphere, but are also present on the global political stage. "We're seeing a roll-back movement," says Stephan Grünewald — there is a longing for strong leaders who take decisive action. An image which is still closely associated with masculinity.

One last bastion of the male sphere of influence is the work place. In studies men talked about brimming with "functional potency" in the workplace, but when the conversation turned to the private sphere, the confidence waned. "The workplace is still a place of refuge for many men," Stephan Grünewald says. What's left when their families don't want them having a post-work beer at the bar?

Men's appearances have also changed. Or at least there is more flexibility and acceptance when it comes to choosing one's style. And that doesn't have to stop at painting one's fingernails or wearing high heels as does Mark Bryan, an American living in a small German town, an act which won him 200,000 new Instagram followers. Pop culture has opened up new ways for men to aesthetically express themselves. He can now wear pink and can maybe even correctly identify the particular shade as mauve. But for those heterosexual men with a flair for fashion who feel the need to distinguish themselves from homosexual men, there is a modern fitting label: metrosexual.

Men today shave their bodies, but then grow a bushy beard which they tend to with an array of beard care products.

The discovery of and care for one's body is not just a question vanity however. Skin as tough as leather is a "fascist ideal," Stephan Grünewald explains. "Skin represents flexibility and sensitivity. The more one takes care of himself, the more self-confident he is and can open up on other levels."

Formula One champion Lewis Hamilton has said he is sorry for publicly making fun of his young nephew for wearing a princess dress. He said it was "not acceptable" to "marginalize or stereotype anyone."