Debating the future of women in religion and diplomacy | Germany | News and in-depth reporting from Berlin and beyond | DW | 09.11.2020 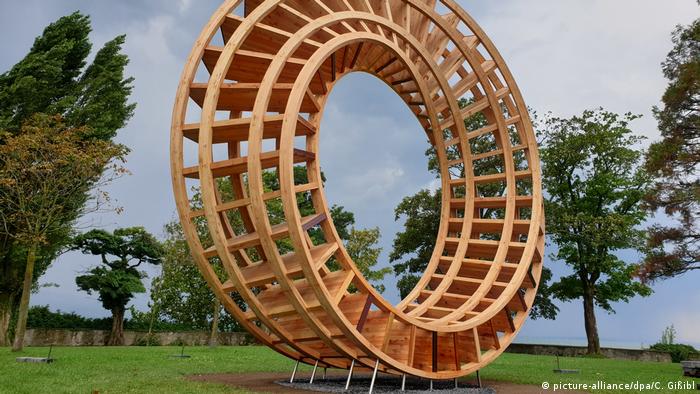 Hate speech and the role of religion in conflicts are on the agenda for this year's meeting but the main focus is on how women regard political leadership and responsibility and the big challenges facing humanity.

Religions for Peace (RfP), which describes itself as the biggest interreligious NGO in the world, is seeking answers to the drift away from traditional diplomacy and its emphasis on multilateralism and mutual reliability between states toward nationalism and populism, often culminating in violence.

Read more: How religion helps in times of coronavirus in Bangladesh

The RfP's 50th anniversary year, like almost everything else in 2020, has been overshadowed by the Covid-19 pandemic. The same goes for the conference "Women, Faith & Diplomacy". Lectures and debates are all happening online. Azza Karam, general secretary of the RfP, the first woman in the post, is one of the few to have come from abroad. Her stay will include daily tests for Covid-19.

Karam says the conference is to be seen as a forum for exchange and moral support for the global community at a time of crisis. "The exchange here gives us the opportunity to understand that we are all at a critical juncture in world history. Not just because of the pandemic, but also because of a worsening environment that affects the hundreds of millions of lives and challenges national health services." Karam, an Egyptian-born citizen of the Netherlands who served as an adviser to the United Nations on culture and religion, has been resident in the United States for twenty years. She has devoted her career to issues of religion, democracy, development, human rights, and gender.

For her, the conference on "Women, Faith & Diplomacy" is about finding a connection of global relevance. In her view, people of faith can bring about a "new kind of leadership and diplomacy" on both the micro and the macro levels. 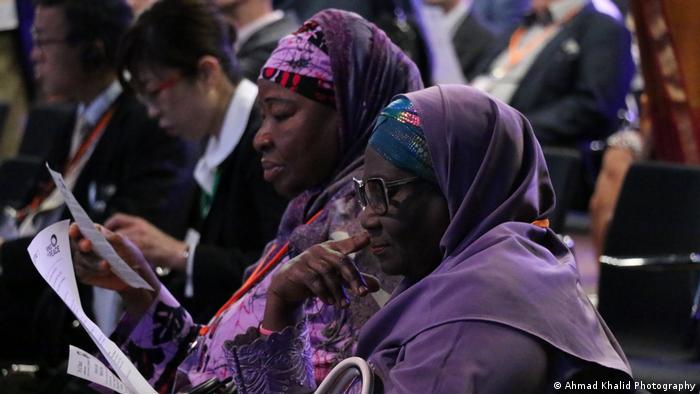 Last year's Religion for Peace conference in Lindau was attended by more than 1,000 religious figures

Azza Karam combines her agenda with a critical look at organized religion. "Today, religion is dominated by men," she says, adding that religious institutions "prioritized men" in their search for solutions and expertise. At the same time, she says. 90 percent of religious work is done by women. "They are the ones who ensure that religions can survive," Karam says women have a different style of leadership and always see their responsibilities as part of a service. One example she gives is the widespread admiration for the German chancellor Angela Merkel. "She is a great model for many, many women in the world. And for many men, too." Karam says her desire to see a different style of leadership applies to men and women and aims to make space for a more inclusive and sensitive approach to people and their problems.

The delegates run the gamut of world religions and regions: there are female delegates from the Arab World, a Catholic nun from Nigeria, human rights activists and environmentalists from Cameroon, Zambia and other African countries and elsewhere in the world, such as Asia, the Balkans, or Latin America. There's even a female bishop from Sweden, along with a series of participants who have played a leading role in interreligious dialogue or science. The conference will open with messages from the UN secretary-general Antonio Guterres and the German government. 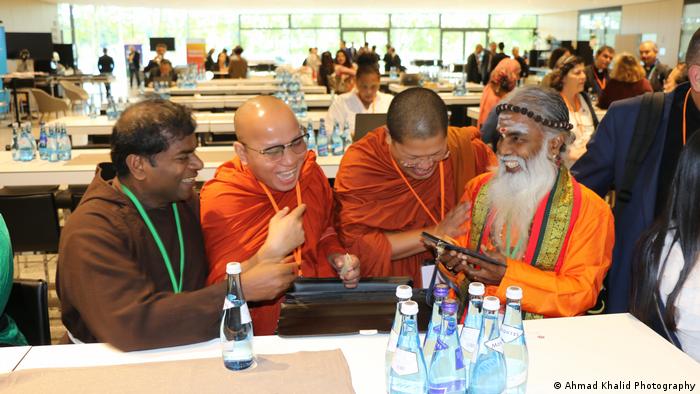 A large wooden sculpture entitled the "Ring for Peace" (pictured above) will take center stage at a small service called "peace and light". The artwork was unveiled last year by RfP in Lindau's main park.

This year's service at the wooden sculpture will be streamed live

The pandemic has affected both the organization and the theme of the event. Azza Karam: "We are in a moment when we must stand together as people and a family of people and recognize that any threat to the individual is a threat to everyone. At the same time, it's a special moment for diplomacy."