Mary Murakami: ′A part of US history most people don’t want to hear about′ | World| Breaking news and perspectives from around the globe | DW | 27.05.2016

Mary Murakami: 'A part of US history most people don’t want to hear about'

During World War II, many Japanese-Americans were forced into internment camps. One of them was Mary Murakami. She talks to DW about her experience and why her story is particularly important today. 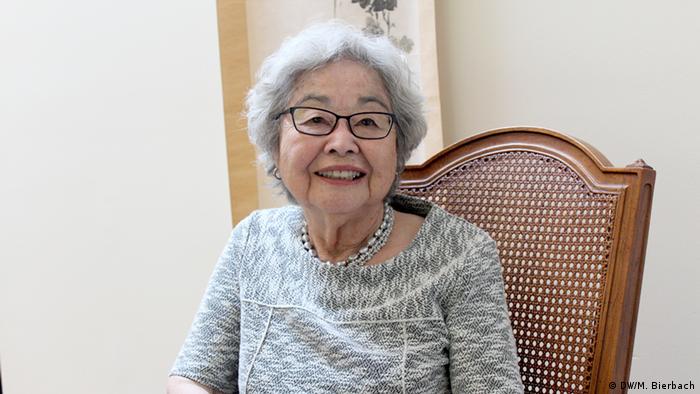 After the Japanese army attacked Pearl Harbor in December 1941 and the US declared war on Japan, roughly 120,000 Japanese and Japanese-American people were put in internment camps by the US government. The argument back then: These people were potential spies and saboteurs who could damage the US military. Only one-fifth of the internees were born in Japan. Most were second or third generation members of immigrant families. Today, the internment is widely regarded as having been driven by racism and xenophobic ideas.

Mary Murakami was 14 when her family was forced to move from California to a camp in Utah. Today, the retired microbiologist regularly gives talks in which she shares her experiences at the camp with students, soldiers and others.

DW: How soon after Pearl Harbor did you realize that things were going to change?

Mary Murakami: It all started on the same day. We knew the FBI already had a list and that they were picking up people that day because my father‘s nephew was taken. They thought he was in on the war effort, which was far from the truth.

That night it got really quiet on the street we were living on in Japanese town in San Francisco. And we looked out our window, and we saw the US Army. They were shoulder to shoulder from one sidewalk to the other, and you couldn't get into our section of San Francisco or out. So we knew that things were going to get pretty bad for us. 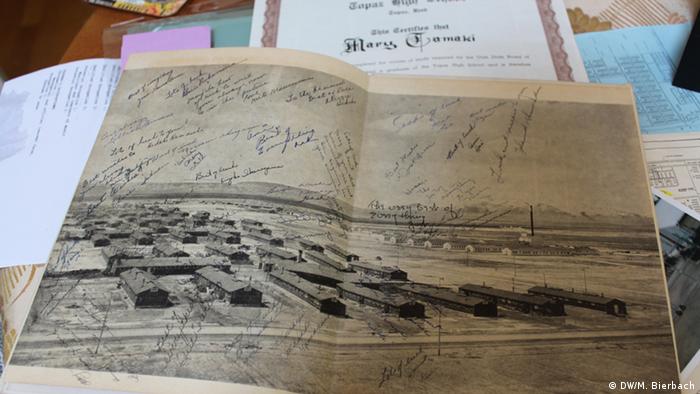 What happened between the attack on Pearl Harbor in December 1941 and the time you were taken to the internment camps in spring 1942?

It started with a curfew. First, it was in miles, and the miles got shorter and shorter. Soon, my older sister and my father could no longer go to work. And then my older brother couldn't go to high school. And then the curfew turned into blocks, and I couldn't go to junior high school anymore.

There were a lot of unemployed people because of the curfew. But the bank regulated how much money you could take each month, so people couldn't take out all their savings to live on.

In February 1942, US President Roosevelt issued an executive order that declared essentially every West Coast state in the US a military zone, so that all people of Japanese ancestry could be evicted and held in internment camps across the country. When did you find out about that order?

After executive order 9066 came into effect, they put up posters in our neighborhood that said that we would be taken, and we could only bring what we could carry. The Army offered to store things, but you had to take it to the Army storage place, and no one could get their stuff there. 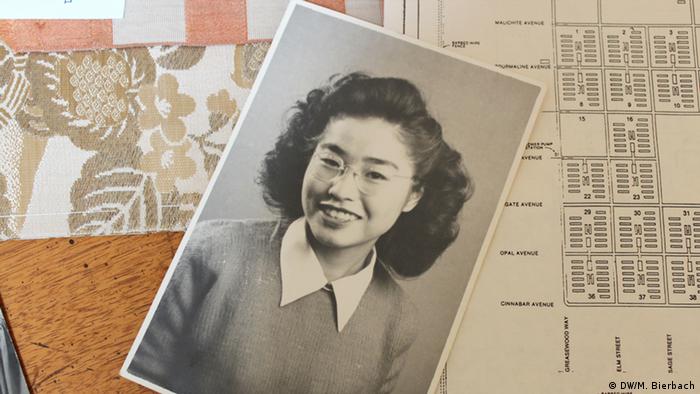 Mary Murakami as a young woman

So what happened to your belongings?

My parents had to sell everything – seven rooms of furniture. The next day, the buyers came and resold our piano in front of us for what they had paid for the entire house's furniture.

The churches that had Japanese members offered to store a few things. So we stored the things we wanted to keep for after the war at our church. But when we came back, everything was gone - my mother's good dishes she brought from Japan, our doll. My sewing machine was still there - I guess it was too big for them to take - but when I opened it up, they had taken the machine out and just left the cabinet. Most of the things stored publically were taken - so many Japanese-Americans lost everything, their homes, their jobs, their belongings.

We lived in barracks with about 200 people. In the camps, every family was assigned a number - we were 22416. And you could tell where I was in the family because my internee number was 22416E. My father was 22416A, my mother 22416B, and then it went down according to age. We weren't names, we were numbers.

We got lucky because my sister was able to arrange for us to get two rooms for our family of seven - one for my parents and brothers, one for us girls. Usually, we would have only gotten one. The only furniture we had were Army cots and a potbelly stove to keep us warm. It was at times bitter cold in Utah, but the cold didn't bother us. It was the sandstorms. It hit your face, and there was no way you could hide - the floors in the barracks had holes, so there was sand everywhere. 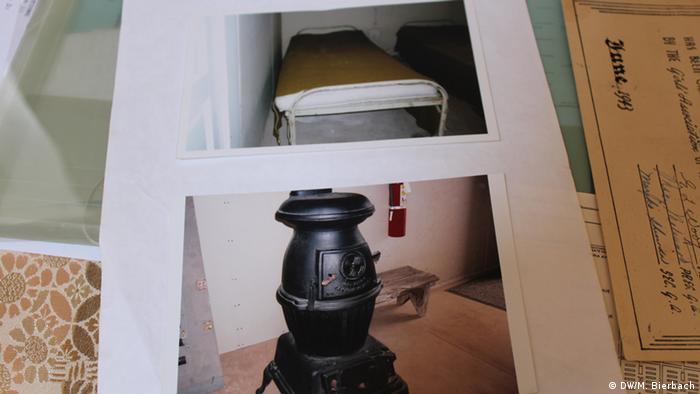 The interior of the internment camps

What is your worst memory from the camp?

And walking past the barracks and seeing a gold star in one of the windows was terrible because it meant that they had a son in the Army, and he was killed overseas.

There were men from camp in the US Army?

Yes, quite a few. Some men decided to volunteer for the Army, to prove their loyalty to the US and in the hope that the camps might be closed earlier, which did not happen. My older sister's husband volunteered and served in the 442 Infantry Regiment, a segregated Japanese-American battalion which became the most decorated unit in the Army.

They also started drafting in camps - if you were a man, and you were 18 years old, you had to serve in the US Army. As soon as my brother finished high school, he was drafted and sent to Germany.

A Japanese-American Army unit liberated one of the sub-camps of Dachau. It was so ironic, because most of the soldiers in that unit, they still had parents who themselves were in internment camps.

Should Obama apologize for the Hiroshima bomb?

Were you ever tempted to leave the US because of what happened?

No. It was just a fad. We were always taught to put up with whatever the situation is. Shikata ga nai means it can't be helped in Japanese. Even if the toilets face each other, you put up with it. That's the spirit we were raised in.

Why do you think telling your story is important?

I think it's very important because it's a part of US history that most people don't want to hear about, but they have to listen these stories, especially now. Some newspapers, some politicians, they are starting to treat Muslims just like they treated us.

Are you worried about the elections?

Yes, definitely. If Trump gets the presidency - the way he speaks about Muslims, I worry for them. This is one of the reasons I speak - I want people to realize what an error it was when they took away our civil rights so easily. It's so obvious with this election that it may happen again. Because Muslims are really easy to identify - like we Japanese were back then. It only took the stroke of a pen of President Roosevelt to sign that executive order, taking away our rights and sending us to internment camps.

Obama to visit Hiroshima on Japan trip in late May

US President Barack Obama has decided, after some delay, to visit Hiroshima on his trip to Asia later this month. He will be the first US president to visit the city since its annihilation by a US atomic bomb in 1945. (10.05.2016)

There were bows and "banzai" chants at the Yasukuni Shrine as politicians, veterans, and nationalists paid their respects to the more than 2 million Japanese who died in World War II. Julian Ryall reports from Tokyo. (15.08.2015)