Long-term investor Martin Kind is set to assume full control of Bundesliga side Hannover 96 after a vote by the club's supervisory board. This would make the club the fourth exception to the Bundesliga's 50+1 rule. 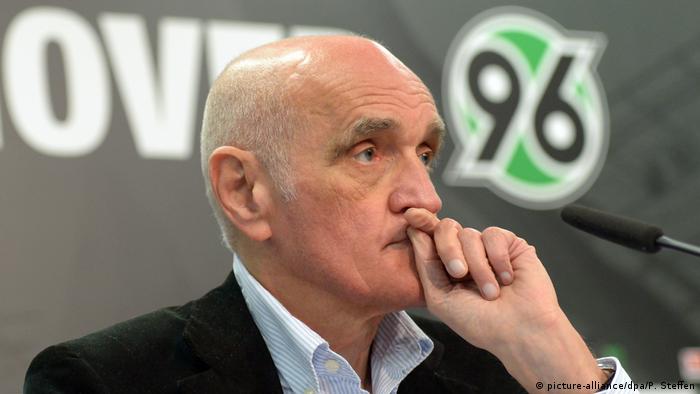 The supervisory board of newly-promoted Bundesliga side Hannover 96 has voted to sell 51 percent of its shares in the club to club President Martin Kind, formally giving up its influence on the club's professional football section.

Kind, 73, who has presided over the club since 1997, is now in a position to apply to the German Football League (DFL) for an exemption from German football's 50+1 rule, of which he has long been an outspoken critic.

The rule states that no single person or entity may possess more than 49 percent of the voting rights in a German club's professional football division, preventing the sale of a majority stake to outside investors, protecting clubs from irresponsible owners and maintaining the democratic nature of fan-owned German clubs.

Read more: Facing VW cuts, Wolfsburg are a timely reminder of the value of 50+1

Critics argue that the rule discourages outside investment in German football and puts German clubs at an international disadvantage, since no such restrictions exist in England, Spain, France or Italy.

People or entities who have exerted a significant and beneficial financial influence over a club for a period of 20 consecutive years or more may be granted an exemption, as is the case with Bayer Leverkusen, Bayer, VfL Wolfsburg (Volkswagen), TSG 1899 Hoffenheim (Dietmar Hopp) and now, Hannover 96. 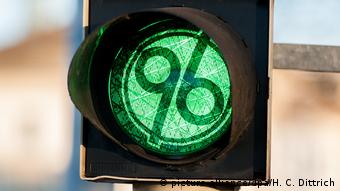 While RasenBallsport Leipzig formally comply with the 50+1 rule, voting rights at the club are in the hands of a membership which consists of 17 people, the majority of whom are employees of Austrian energy drink manufacturer Red Bull. Under the club's statutes there is no way for fans to become voting members.

"The decision was necessary," said Kind on Tuesday. "Now we have to work towards the future in the interest of Hannover 96."

For Kind, who has supported Hannover 96 financially since 1997, the issue of majority control over where his money goes and how it is spent is one faced by all investors in German football.

"If you were to invest five million euros, I don't think you would want a third party deciding what happens with it," he said, adding that he could image the club being listed on the stock exchange one day - currently, the only listed German club is Borussia Dortmund.

Addressing the fears of some supporters, Kind insisted that he is contractually forbidden from selling his shares to a foreign investor without the agreement of the club. To underline his commitment to the club and the city, he announced a guarantee for a 11 million euro loan for a new sports center and an annual donation of 750,000 euros to amateur sport.

With one quarter of Bundsliga clubs now no longer strictly adhering to the 50+1 rule, supporters fear that their clubs are being taken away from them and sold to the highest bidders.

The Hannover supervisory board's decision came in spite of protests from around 500 supporters outside the club's headquarters who chanted: "Kind must go!" The supporter group behind the protest, "Pro Verein 1896," announced they would take legal action against any attempt by Kind to apply for exemption from the 50+1 rule, insisting that, according to a resolution passed by the club's membership, any such application requires a members' vote.

In July 2017, "Pro Verein 1896" complained that at least 119 new membership applications at Hannover were rejected with no given reason, despite a club media campaign aimed at attracting new members.

In the same month, Cologne supporters launched a campaign called "100 percent FC - Dein Verein (your club)" which is aimed at getting the club's statutes changed to require that any move to sell the club's shares to an outside investor, no matter how small, be put to a vote by the club's membership.