Mariupol: Before and after pictures show extent of devastation | Europe | News and current affairs from around the continent | DW | 24.04.2022

Mariupol: Before and after pictures show extent of devastation

The southern Ukrainian city of Mariupol was once a thriving port city and vacation spot, with a population of about 440,000. The Russian army has turned it into a site of destruction and death. 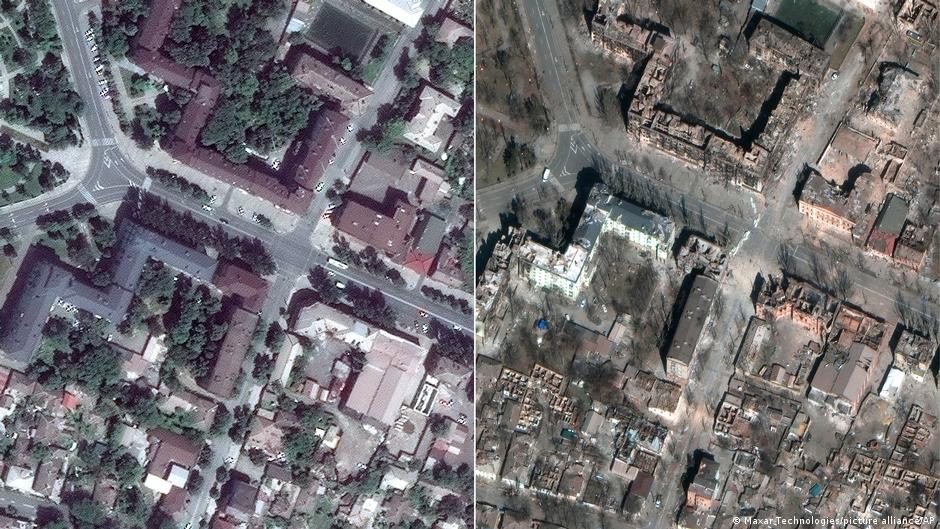 This satellite image shows a Mariupol neighborhood in June 2021 and more recently, after the attack by Russia's military

Before the war, Mariupol was known as a place where people could relax and enjoy their leisure time. The southern city on the Azov Sea even boasted of having the warmest bathing water in all of Ukraine. But the port, seen here in October 2018, was of particular economic interest. Many residents worked for companies that were directly or indirectly linked to activity at the harbor, exporting iron, steel, grain and machines around the world. 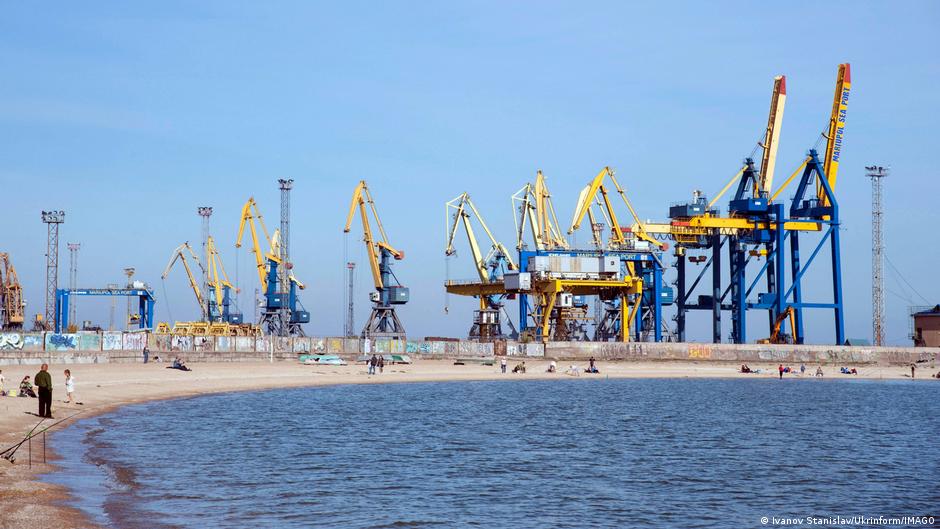 Today, two months after the Russian invasion began, there are almost no ships in the port. "The main infrastructure facilities, including the seaport and the waterway, have been mined and blocked with floating cranes," Russian Defense Minister Sergei Shoigu told President Vladimir Putin earlier this week. This photo, provided by Russian state news agency Tass, is what the port looks like today. 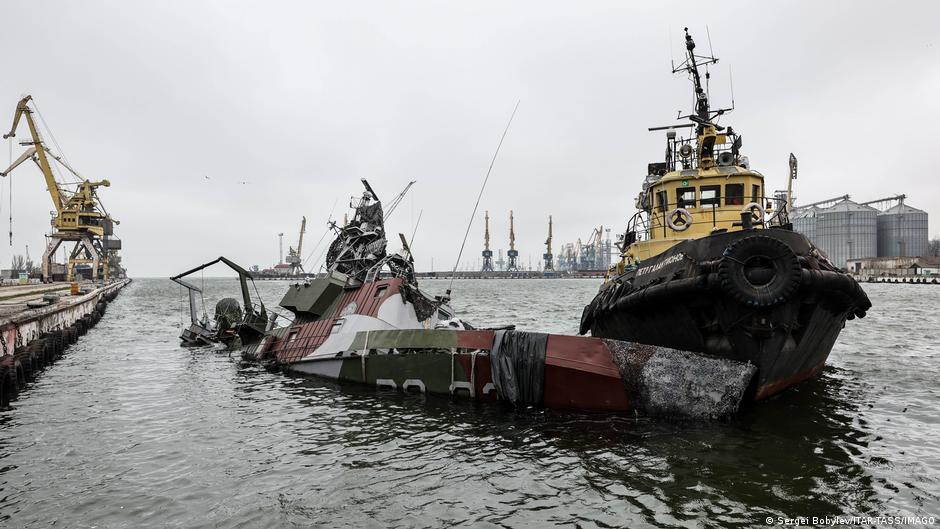 In this picture taken on June 20, 2019, children play in the water fountains of a park in the city center. In the background, a church can be seen. 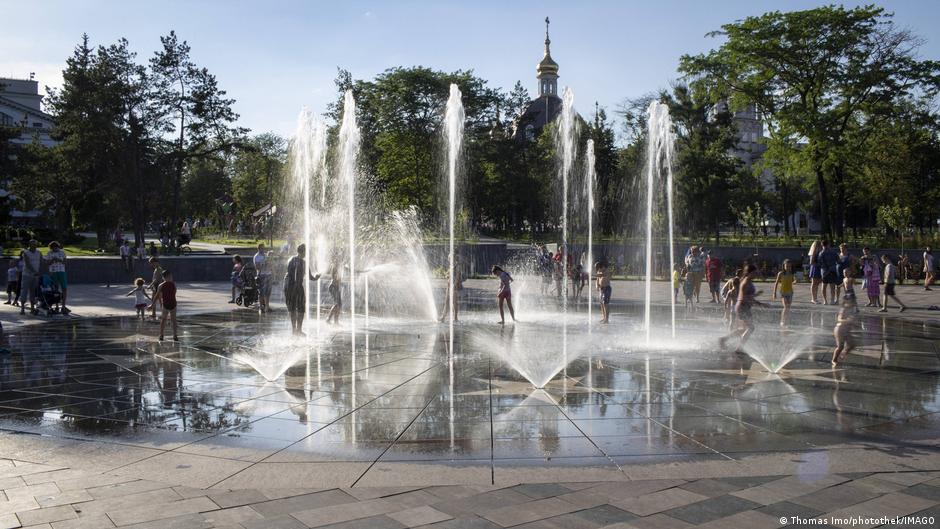 The same church can be seen in more recent pictures, such as this one taken on April 1, 2022. It's hard to tell that this was once a place where people came to relax. 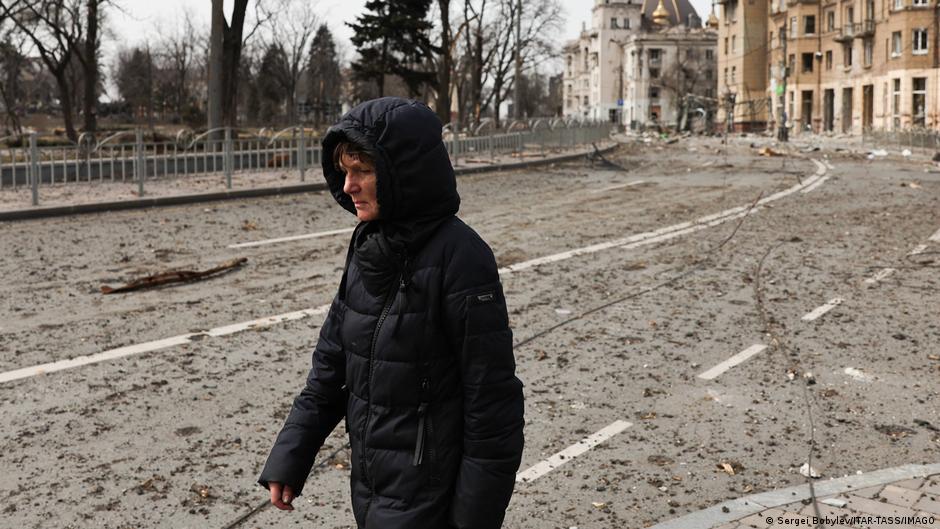 Mariupol's Donetsk Academic Regional Drama Theater gained tragic notoriety after coming under attack by Russia in mid-March. In this picture, taken on August 30, 2014, a young woman protests Russia's annexation of Crimea with the Ukrainian flag. Eastern Ukraine was already seeing fighting and tension at the time in the surrounding Donbas region, but the theater, still intact, was still a place of cultural exchange. 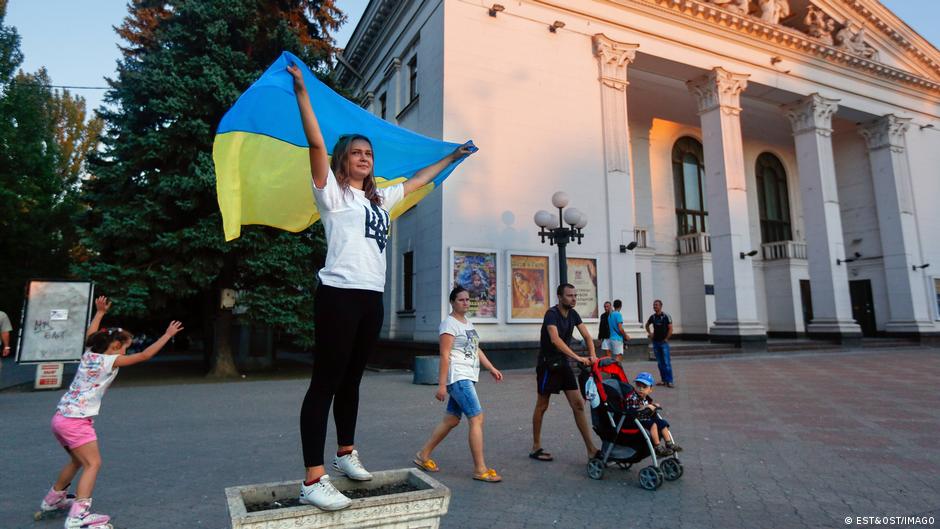 The situation is very different today, after the devastating air attack on March 16. Over 1,000 civilians, including children, had sought refuge in the building, which was being used as an air raid shelter. Hundreds are thought to have been killed. 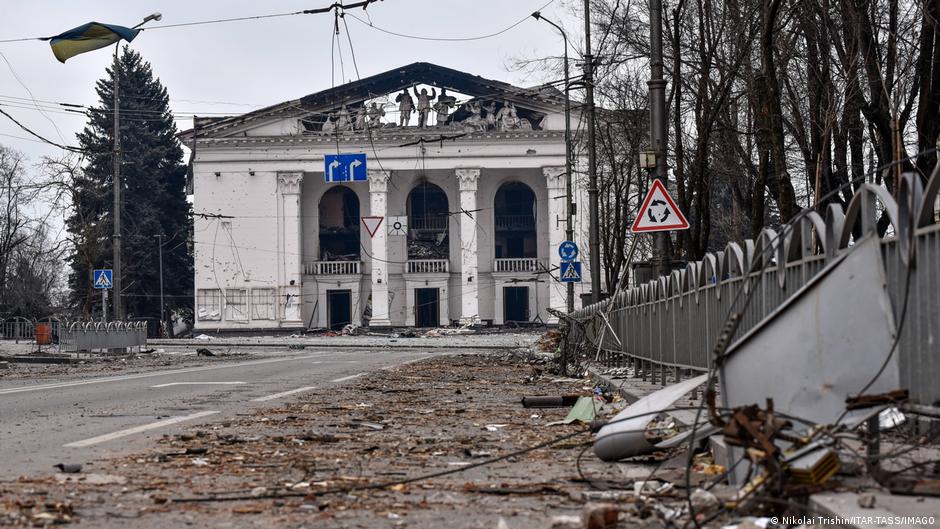 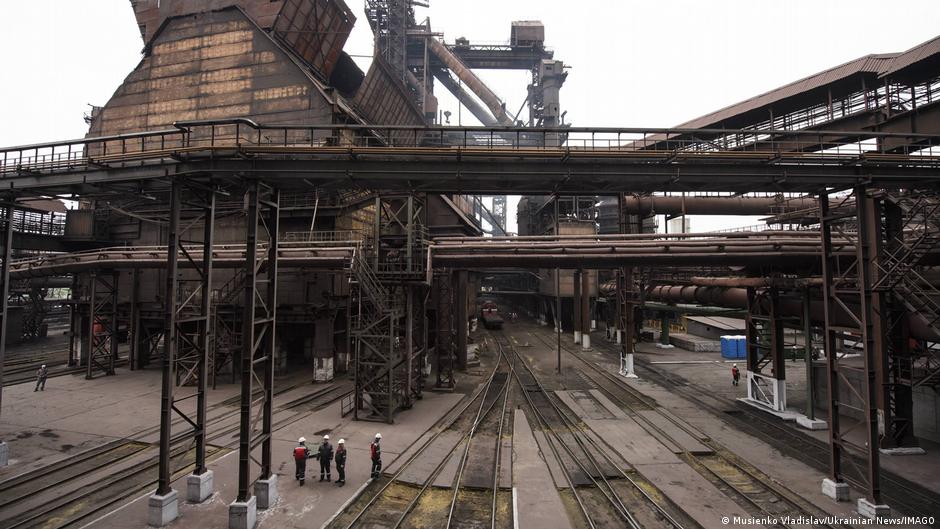 This picture, provided by Russian state news agency Tass, was taken on April 17, 2022, and shows the plant after intense bombardment by the Russian army. The serviceman is a Chechen volunteer, fighting for Russia. Between 1,000 and 2,000 Ukrainian soldiers reportedly remain in the complex, as well as hundreds of civilians. Earlier this week, Putin had given an order not to send in troops but instead to blockade the plant, to save the lives of Russian troops. But the assault resumed Saturday after the Ukrainian soldiers refused to surrender. 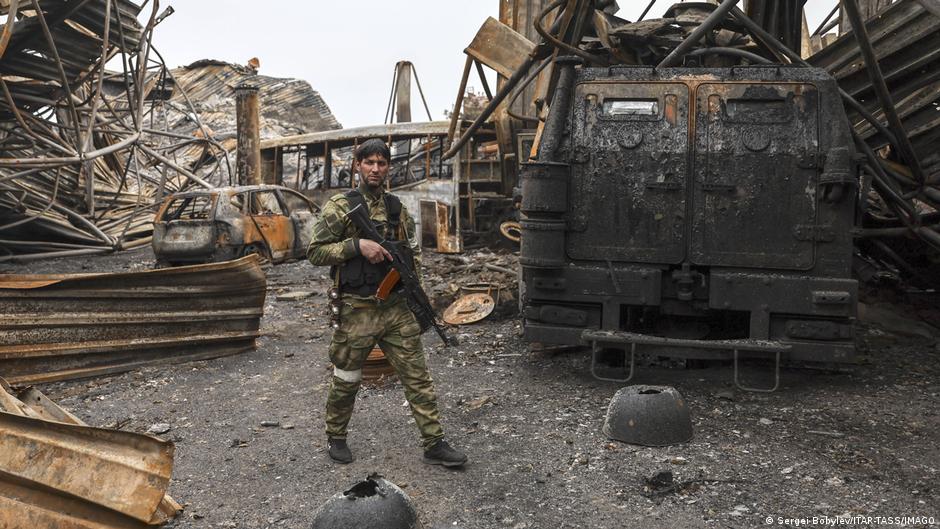 This picture, which dates from the summer of 2018, gives an impression of the streets of Mariupol. 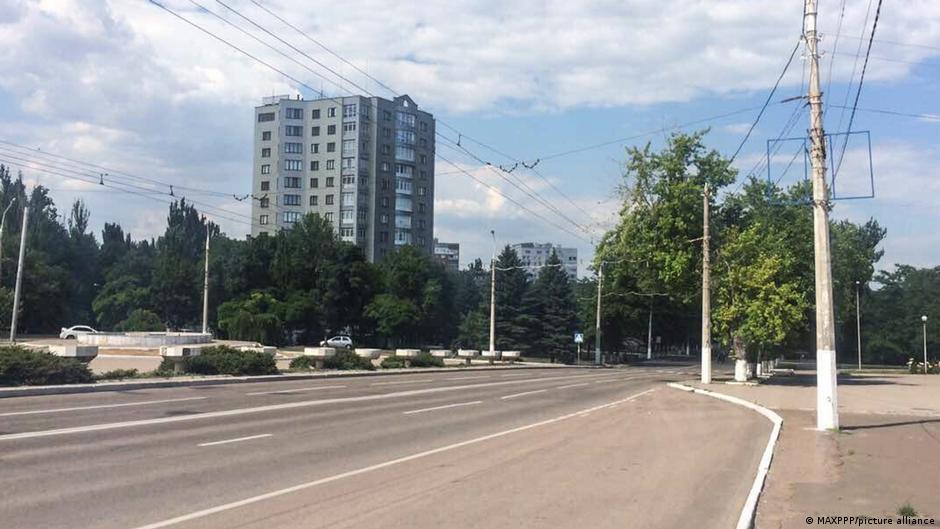 Pictures of Mariupol today show sheer destruction. The city resembles a wasteland, and agency photos show corpses in the middle of the streets. People have been burying their loved ones in their yards. 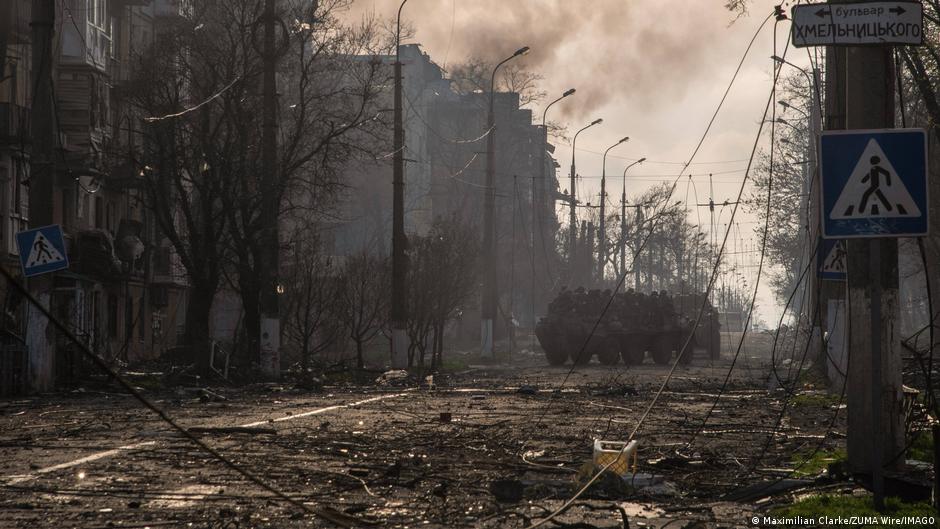 This was originally published in German

Why is the Donbas so important for Russia?

The Russian army has regrouped and is concentrating its attacks on eastern Ukraine. So why exactly is Russian President Vladimir Putin interested in Luhansk and Donetsk?

The criticism against German Chancellor Olaf Scholz has been unrelenting. He's been accused of stalling and breaking his promises over sending heavy weapons to Ukraine. DW looks at some of the main points of contention.