With her retrospective show "The Cleaner" having its symbolic climax in the city where her career began, the celebrated performance artist is exhibiting in her hometown for the first time in nearly 50 years.

The final stop on the world tour of Marina Abramovic's epic retrospective will see her exhibit in Belgrade for the first time since 1975. The Serbian performance artist says it's her most important single show since The Artist is Present wowed the New York Museum of Modern Art in 2010

"My professional return to Belgrade is a big deal for me,” Abramovic wrote in the weekly Serbian magazine Nedeljnik in August, as quoted in Artnet. The exhibition in her hometown is the final stop of the traveling retrospective titled "The Cleaner," which since 2017 has been on show in seven cities, including Bonn, Germany and Florence, Italy.

Read more: Artist Marina Abramovic attacked with portrait of herself at retrospective

The 44-year wait for a homecoming will be ended with a show that fittingly brings together more than 100 Abramovic works from the 1970s to the 2000s, including videos, photographs, paintings, objects, installations and live re-creations of her infamous performances. 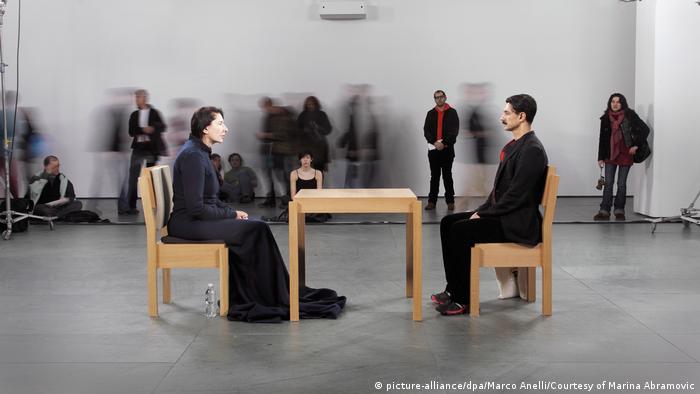 Born in Belgrade in 1946, Marina Abramovic went on to study art both in her hometown and in Zagreb, developing an early interest in performance art, including experiments with sound installations. In 1973, she was invited to Scotland for an international festival where she debuted her first performance work, Rhythm 10, in which she thrust ten sharp knives between her splayed fingers — a daredevil act in which she occasionally missed and drew blood. There, the young artist and occasional painter met iconic German performance artist Joseph Beuys, and also realized she had found her medium.

"I had experienced absolute freedom — I had felt that my body was without boundaries, limitless; that pain didn't matter, that nothing mattered at all — and it all intoxicated me, " recalled Abramovic of that first performance in her 2016 autobiography, Walk Through Walls. "I was drunk from the overwhelming energy that I'd received. That was the moment I knew that I had found my medium. No painting, no object that I could make, could ever give me that kind of feeling, and it was a feeling I knew I would have to seek out, again and again and again." 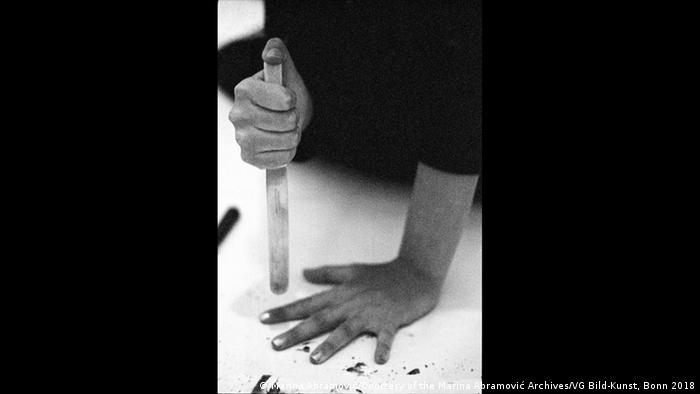 Abramovic has since carved a reputation as a pioneering performance artist who continues to test her physical and psychological limits. "The Cleaner" retrospective recreates several of her confrontational early works, including several from her seminal 12-year artistic collaboration, and relationship, with German artist Frank "Ulay" Uwe Laysiepen between 1976 and 1988. These include the 1977 work Imponderabilia, performed at the Galleria Comunale d'Arte Moderna in the Italian city of Bologna, where Abramovic and Ulay stood at the entrance to the museum naked, forcing visitors to squeeze past to enter. In Belgrade, the public will again be part of the performance.

This followed what is arguably her most provocative work, 1974's Rhythm 0, a performance in the Italian city of Naples in which Abramovic directed the audience: "There are 72 objects on the table that one can use on me as desired." The objects included razor blades, knives and a loaded gun, the artist sitting motionless as people cut open her clothes or slashed her skin. "If you leave it up to the audience, they can kill," Abramovic said after the performance of an inherent human cruelty that she sought to expose — and which will also be recreated as part of the current restrospective.

Abramovic represented Serbia and Montenegro at the 47th Venice Biennale in 1997 with the graphic and highly controversial sculpture, video installation and performance, Balkan Baroque — her very personal response to the ongoing Balkan Wars for which she won the Golden Lion for best artist.

But until 2018, when the Serbian prime minister invited Abramovic to bring "The Cleaner" to Belgrade, she saw few attempts to see her work exhibited in her homeland, despite spending her formative years there. "My birthplace and my background have contributed a lot to my work, many of my ideas are influenced by Slavic cultural space, Serbia and the whole of former Yugoslavia," she said. 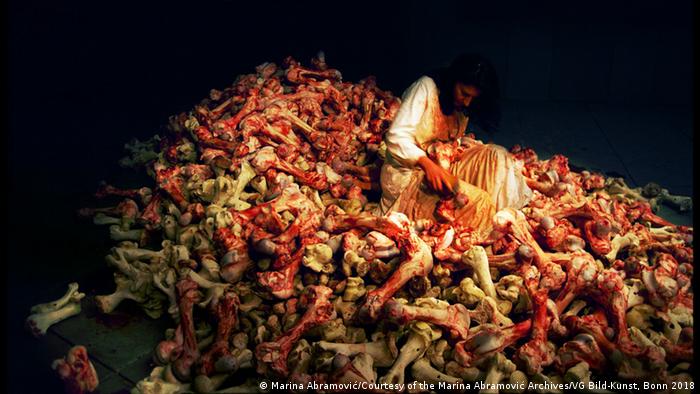 "I only came back to visit family," she added, upon reflecting on her connection to her home city since she left for Amsterdam in 1975. "Now, almost half a century later, I want to show, especially to the new generation, what I've been doing all these years."

Marina Abramovic, "The Cleaner" runs September 21, 2019 through January 20, 2020 at the Museum of Contemporary Art, Belgrade