Many missing as boat sinks off Libyan coast

A boat carrying at least 150 migrants has sunk off the Libyan coast. Most are missing, feared drowned. Fishermen are said to have rescued 16 people. 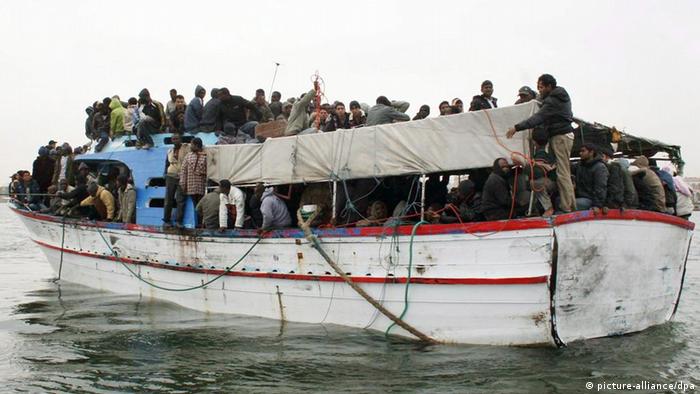 The wooden boat sank off the Libyan coast, near the capital Tripoli. Estimates vary, but it was thought to be carrying between 150 and 200 people, while the Libyan coast guard said at least 250 people were on board. It is thought to have sunk sometime between late Friday and dawn on Saturday local time.

Coast guard official Abdel-Latif Mohammed said 16 people had been rescued by local fishermen. The other passengers are feared drowned.

The migrants are believed to be mostly African nationals who were heading to Europe. The perilous journey kills hundreds of people each year.

Libya is a major exit point for the journey, with human traffickers exploiting the political chaos in Libya since the toppling of Moammar Gadhafi.

It's estimated that about 20,000 migrants have died over the past 20 years trying to reach Europe by sea. Many were hoping to build a better life in the EU and escape political instability, hardship and violence in their homelands, including Eritrea, Somalia and Syria.

Italy has boosted its naval patrols after several maritime tragedies including last October's shipwreck off the Mediterranean island of Lampedusa, in which more than 360 migrants lost their lives after their boat caught fire.