Since spiritually oriented biodynamic agriculture began in Germany 90 years ago, its popularity - and controversy - have spread across the globe. The method is definitely eco-friendly. But can it help feed the planet? 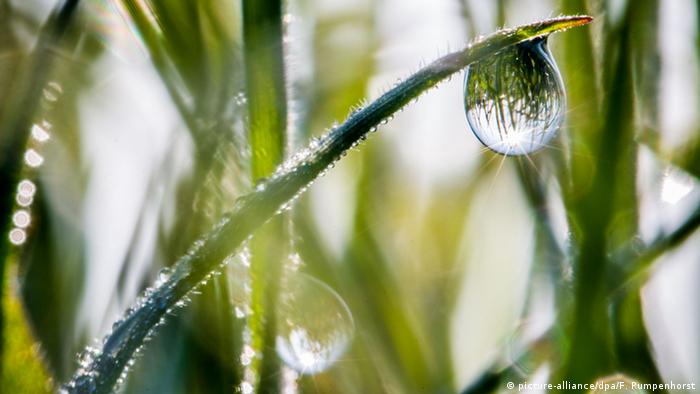 No chemicals, no big machines: When Johannes Rodewyk applies fertilizer, he follows rules. At a certain point in autumn, he places a handful of cow manure into a cow horn and buries it in the earth until Easter. He then takes water soaked in the manure and mists it across his fields: 50 grams (2 ounces) per hectare.

Two horses, one donkey, five pigs, one pond, and numerous freely roaming hens and cows - Rodewyk's farm in far northern Germany has nothing to do with industrial agriculture or monocultures. Since the beginning of the year, it's been certified as biodynamic by Demeter, the biodynamic agriculture association with the strictest regulations in the world.

As Global Soil Week gets underway Sunday (19.04.2015), DW takes a closer look at this controversial farming method. What's behind biodynamic agriculture - does it work? And can it help feed the planet sustainably?

It's all about dynamic 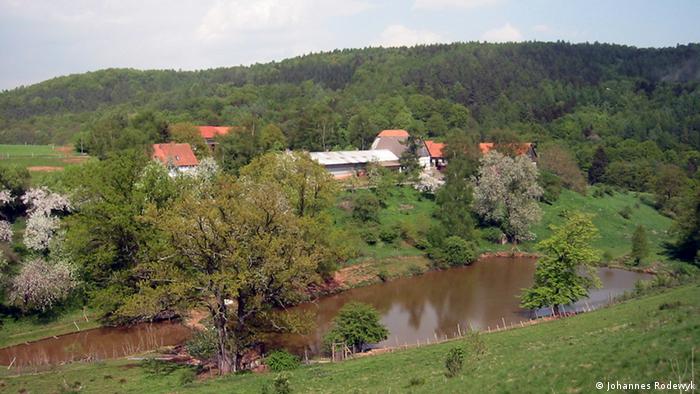 Rodewyk's farm "Bauernhof Gut Kappeln" is one of 1,500 biodynamic farms in Germany

Biodynamic farms don't focus on yield, but rather on overall benefit for humans and the environment. Demeter farms are therefore structured around diversity, while regular organic farms tend to specialize in a few products.

Biodynamic farms have hedges, wide margins around their fields, and crops are rotated more often - in short, biodiversity is increased.

"The key is to understand such farms as organisms, where one organ feeds into another," Herrnkind says. Demeter farms almost always have animals, for example, which fertilize the fields.

Bringing woo to the land

And biodynamic agriculture is now 90 years old. The concept was developed by Austrian philosopher Rudolf Steiner and is based in the spirit of anthroposophy, an esoteric spiritual movement with roots in German philosophy.

Steiner promoted spiritual unity between man and the Earth, using this to develop alternative approaches to medicine, learning, art - and agriculture.

Of the 5,000 Demeter-certified farms worldwide, 1,500 are in Germany. The market for biodynamic products continues to grow here, in the country that gave birth to the method, by 15 percent per year, Herrnkind says - "Which demonstrates how people value these products." 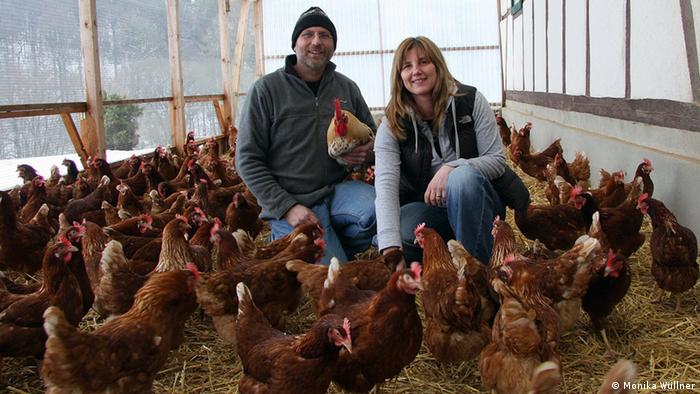 Anthroposophists place the power of their method in what they describe as "cosmic forces" - which their preparations are supposed to activate.

These preparations contain herbs such as yarrow, chamomile or dandelions - or substances like manure - which are applied to the fields in tiny doses. Biodynamic farmers believe the cow poop preparation that Rodewyk distributes over his field stimulates root growth by "harmonizing life processes."

"It's not about the physical dimension," says Herrnweg, who adds that the number of micrograms of yarrow in the preparations doesn't matter so much. He compares biodynamic agriculture to homeopathy: There's nothing there, yet it works anyway.

So is biodynamic agriculture nothing more than hocus-pocus - or is there something to it?

The Research Institute of Organic Agriculture (FiBL) in Switzerland has been testing exactly that through a study that's been running since 1978. On three adjacent fields, the institute is comparing conventional agriculture with organic farming and biodynamic methods.

Urs Niggli, head of the FiBL, describes some results: "In the first 15 years nothing - but then after the 15th year, differences gradually became apparent." According to Niggli, results showed that the soil on the biodynamic field became far more fertile than on the conventional field.

That research indicates that biodynamic methods indeed improve the soil quality. But is this connected directly to application of the preparations? From a scientific perspective, the amounts of active substances are simply far too small. 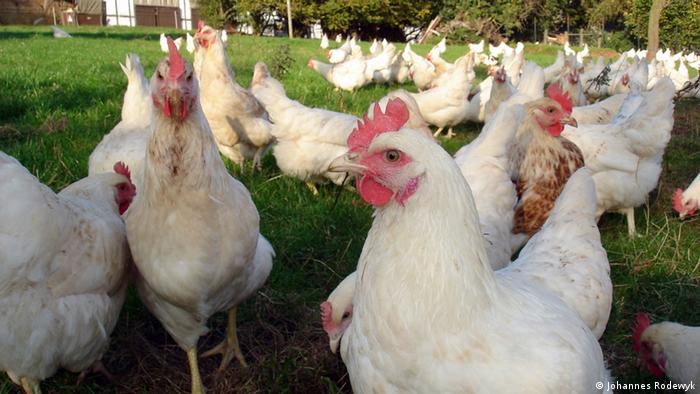 Hens have their pick of a coop, wintering roost or open space

Yet in the experiment, all other factors were controlled: location, climate and initial soil conditions. "So we can say that there is a certain effect, but we cannot clarify how," Niggli said. Although practitioners of biodynamic farming would explain it according to their beliefs, Niggli says that, "scientifically, it's perplexing."

Niggli infers that the way in which biodynamic agriculture processes its manure into compost could play a role.

Rodewyk said that, despite also having his doubts, they saw effects after trying the method.

"We were surprised how our fields looked after the first year: The crops were more stably rooted, and the green color was richer, although we didn't add fertilizer."

Climate change, deforestation and land grabbing don't only threaten Nepal's rich biodiversity, but the economic wellbeing of millions of its citizens. Could community-managed forests hold the key? (14.04.2015)

Rapa Nui, in the South Pacific between Chile and Polynesia, is famous for its monumental head statues. Its barren landscape, to some a symbol of ecological collapse, is now the target of reforestation efforts. (08.04.2015)

No elaborate plantings and no large, conspicuous headstone - alternative forms of interment are on the rise, especially in Germany. But what's behind the urge to be buried in nature? (02.04.2015)

Even if the mechanism for increased soil fertility remains a riddle, the fact is that the method does benefit the natural environment.

"Practitioners very meticulously care for the land," Niggli notes. "Their techniques - such as composting or flat tillage - create an extremely protective system," he says.

In addition, current research into biodynamically farmed fields show that the soil is storing more organic carbon - which means less gets into the atmosphere, putting the brakes on climate change.

So could biodynamic agriculture be implemented on a global scale to help protect the environment? Herrnkind believes that, while ever more farmers are turning to the method, it's not suitable for mass production.

Urs Niggli at FiBL agrees. Its reach, he says, may be limited.

"In order to address global problems like loss of biodiversity, climate change and food security, the surfaces that are cultivated are just too small."