After months of mirth, the airport in the star's hometown has replaced a bronze statue of its favorite son. The original work by a local artist has been swapped for a new likeness made by a Spanish sculptor. 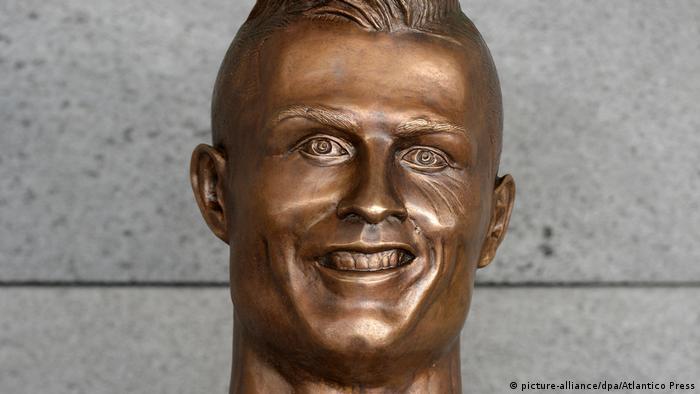 A widely-mocked bust of soccer superstar Cristiano Ronaldo at the airport in his home island of Madeira has been replaced, local media reported on Monday. The swap was made on Friday at the request of people close to Ronaldo.

"This bust is much better than the other one, that's what everyone thinks," said Ronaldo's brother Hugo Aveiro, to the Diario de Noticias da Madeira newspaper. The new work was made by a Spanish sculptor, he added. 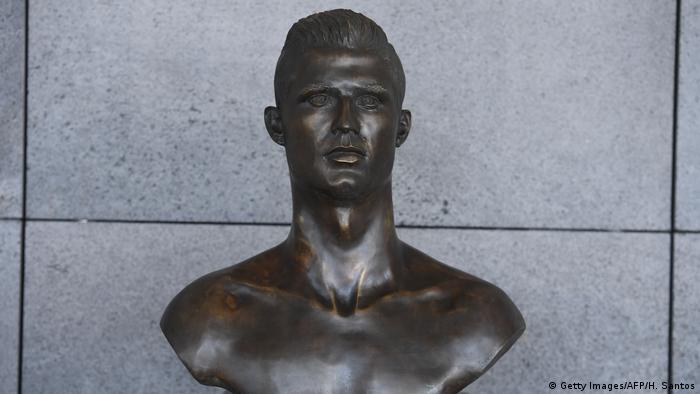 The new and improved statue

The original bronze statue was made by local artist Emanuel Santos. After an unveiling ceremony 16 months ago, the statue was mocked around the world for its strange smile and lack of resemblance to the five-time Ballon d'or winner.

"The [Ronaldo] museum asked us to replace the bust in tribute to the athlete and we felt we ought to change it," airport director Duarte Ferreira said.

This is not the first time a likeness of Ronaldo has become a source of international laughter — when his hometown Funchal opened the museum dedicated to him in 2013, a 10-foot (3.40 meter) statue prompted a good deal of mirth owing to its very tight soccer shorts.

For his own part, Ronaldo was busy at the World Cup, scoring a hat trick against Spain in Portugal's opening game.

Portugal vs. Spain: The anatomy of a thriller

A Cristiano Ronaldo hat trick, a tale of redemption and some textbook Diego Costa controversy, Spain vs. Portugal had it all. And more. DW takes a look at the storylines and moments that made a World Cup classic. (15.06.2018)

Will Erling Haaland's exit mark the start of a new era at Borussia Dortmund? 14.06.2022

Borussia Dortmund have a reputation for turning a profit on rising stars, the latest being Erling Haaland. But after years of holding stepping-stone status, new management appears to be prioritizing progress over profit.

People in the UK might soon be able to attend football matches and nightclubs with the appropriate documentation. Follow DW for the latest.