Portugal vs. Spain: The anatomy of a thriller 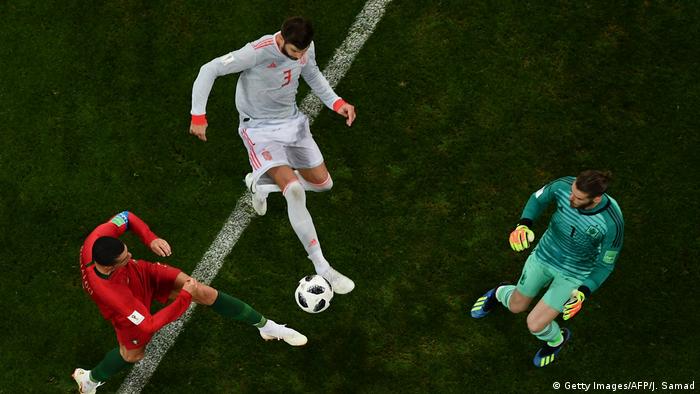 Ronaldo lays down a marker

Pele in 1958. Gerd Müller in 1970. Maradona in 1986. The world’s greatest players have a way of leaving an indelible mark on world football’s greatest stage and, if his opening gambit is anything to go by, 2018 could be Cristiano Ronaldo’s year.

Against Spain, the 33-year-old (top, left) scored as many goals as he had in his three previous World Cup campaigns combined. While he profited from mistakes for his opening two goals – more on that later – his direct free kick in the 88th minute was a work of art. Even though it didn’t end in victory, Ronaldo’s outing will go down as one of the greatest individual performances in World Cup history.

The world has been waiting for either Ronaldo or Lionel Messi to light up this tournament for the last three iterations. Cristiano has set the benchmark in Russia. Over to you, Lionel.

Spain shoot themselves in the feet... and hands 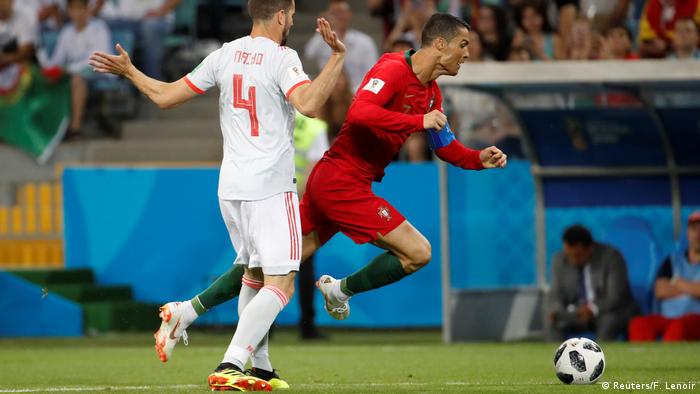 When coming up against a player seen by many to be the best in the world, the last thing you want to do is lend him a helping hand. Unfortunately, that’s exactly what Nacho Fernandez and David de Gea did on Friday night.

Nacho lunged in after getting duped by a stepover that he probably sees thousands of times in Real Madrid training, while de Gea somehow failed to get his body behind a shot that, by Ronaldo’s standards, was tame.

Clumsy at one end, sublime at the other! 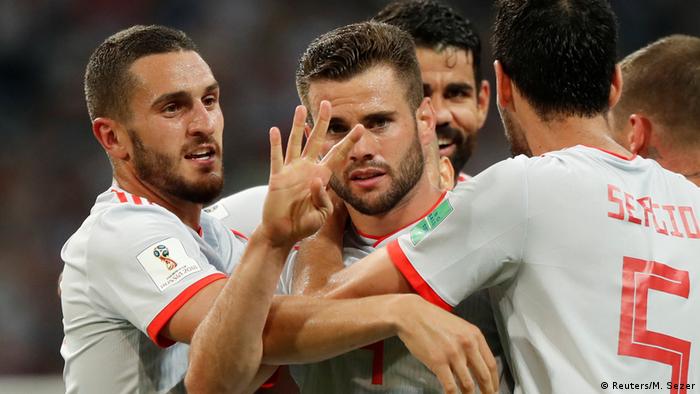 Nacho's goal was so good he wanted it to count double

Replacing the injured Dani Carvajal in Spain's starting line-up Nacho's job was to keep Ronaldo quiet at one end. He had a tough time up against his Real Madrid teammate, but did outshine him in one department.

Ronaldo’s third wins 'Goal of the Night' in terms of timing and importance, but Nacho’s effort to put Spain 3-2 up was one of the purest strikes we’ll see this summer. The fact it goes in off the post just makes it even more delectable. Not bad for his first ever international goal!

The curious case of Diego Costa 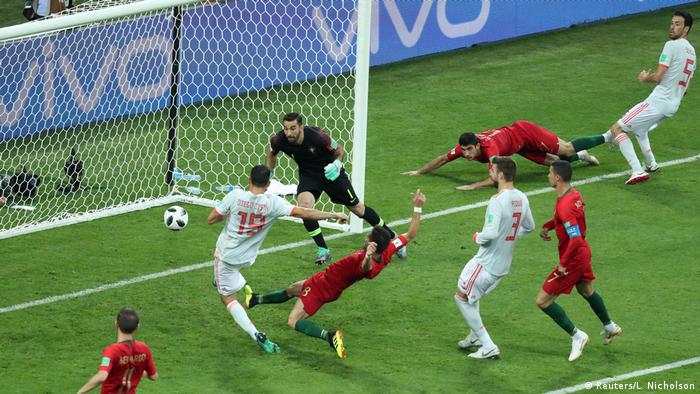 Aside from the shock late departure of Julen Lopetegui, the main question mark over Spain heading in to this World Cup was the supposed lack of a truly elite striker. On Friday night they had one. Costa's hold-up play was excellent, providing Spain's raft of creative midfielders with a robust pivot that allowed them to work their magic.

If his second goal was a poacher's effort born - presumably - of Lopetegui's work on the training ground, his first showed what the Brazilian-born battering ram does best. He single-handedly held off Portugal's entire defense to level things up. The decision by rookie boss Fernando Hierro to replace him with 13 minutes remaining looked strange and may not be one he'll repeat. 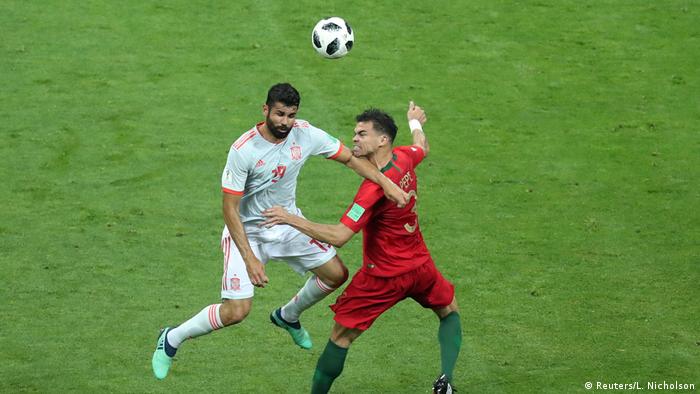 For all Costa's footbaling attributes, his gnarly, aggravating character is one of his greatest strengths. The aerial challenge with Pepe that led to Spain's first goal split opinion. Costa was looking at the ball but led with the arm. It was, perhaps a 50/50 call but Pepe - who has form of his own - didn't help himself or his team by staying down protesting the decision.

This was a rare case where it was difficult for most observers to feel particuarly sorry for a either party, whatever the call. Perhaps we should be grateful that VAR was not called upon. It certainly wasn't a refereeing howler. 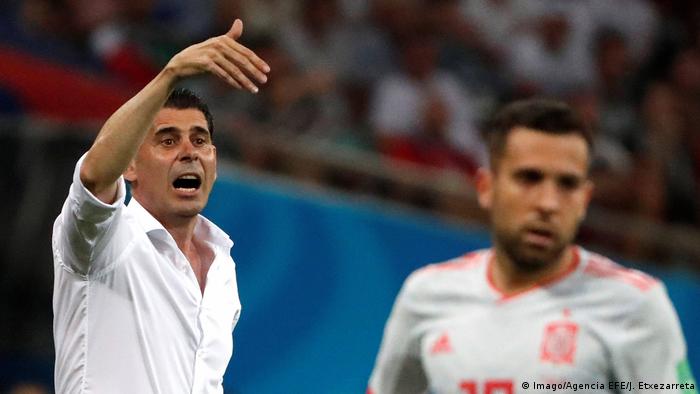 With Iran and Morocco the remaining opponents for both these sides, progression was always more than likely. With the qualified exception of Russia, the Iberian duo's potential last 16 opponents shouldn't hold much fear after their displays on Thursday and Friday. At times, Spain were at their mesmerising best, essentially running through passing drills on the biggest stage of all. But Euro 2016 showed Portugal have a plan, even if that is to defend deep and then get the ball to Ronaldo.

"This was only the first match but we are going to believe until the end," the 33-year-old said afterwards. Hierro was also pleased: "We feel great commitment and pride," he said after his dugout debut. These two sides could well meet at a later date in Russia. But it's unlikely they'll ever produce something quite like this again.